A GUIDE TO ENJOY THE BARCELONA CARNESTOLTES

Carnival in Barcelona is not called Mardi Gras. We call it Carnestoltes in Catalan or Carnaval in Spanish, and it is traditionally celebrated the week before Lent. However, the origins of Carnival seem to date as far back as the Roman times and their festivals, later on integrated in the Christian calendar as a way to let people get a bit wild before they were made to fast and sacrifice for the upcoming 40 days of Lent. Doing some research for this post I discovered why the Catalan word for Carnival doesn’t share the Latin root of the word used everywhere else: it seems that in the 1400’s lived a popular jester named Carles de Can Torras, who happened to die on a Wednesday of Ashes. Whoever wrote his obituary misspelled his name and wrote “Carlestolres” instead, and eventually the word mutated even more and started being used to designate the Carnival celebrations. Or maybe not… It might come instead from Latin: “carns toldrem”, meaning “meat privation” – a reference to Lent’s fasting. Instead the word Carnival comes either from “carnis avalis” (deprivated meats) or from “carrus navalis”, the large boats with wheels and pulled by horses that the Romans used for their parades. Anyway, will you be in Barcelona for Carnestoltes? Let us tell you how to join the fun! 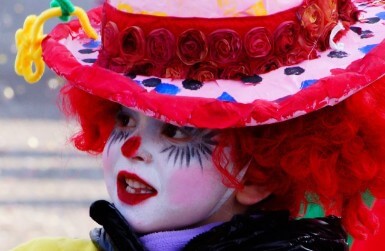 This is how we celebrate the Barcelona Carnival:

In Spain Carnival celebration start early: on the last Thursday before Lent. We call it “Dijous Gras” in Catalan or Jueves Lardero in Spanish, so you might want to translate it as Fatty Thursday, or Lardy Thursday, because that day you are still allowed to eat fatty foods such as pork sausages, eggs and… lard, of course! I know, the word lard might not excite your palate much, but do head to any local bakery this days and order a “coca de llardons” – this traditional flat cake made with wheat, lard and sugar will make you change your idea of what lard can be used for. Another typical dish eaten today is the botifarra d’ou – a pork sausage that incorporates egg and comes pre-cooked and is eaten as a cold meat, or added to omelettes. You can buy it at any local market, and also at the specialty shop Botifarreria de Santa María in the Born district.

El Rei Carnestoltes is a character dressed up in outlandish manners and accompanied by his 7 Ambassadors (one for each of the traditional villages that were absorbed by Barcelona: Horta, Sant Andreu, Sarrià, Gràcia, Sants, les Corts and Sant Martí), and the two Carnival giants of the city: El Rodanxó i la Rodanxona. He presides the Carnival festivities in Barcelona and although he “arrives” to most other towns on a Friday, in Barcelona his “Arribo” or reception takes place on Saturday in the Passeig del Born. There the King Carnival reads a speech where he makes fun of the most important events of the last year and invites everyone to have fun to excess. It’s the official beginning of Carnestoltes and the first parades and parties will start then. BTW, in the 1600’s the King had a competitor (not a spouse!): la Reina Belluga (Queen “Move-it”) that was in charge of inviting the locals to rave and chaos. She was recovered in 2016, but didn’t repeat in the following Carnival editions… 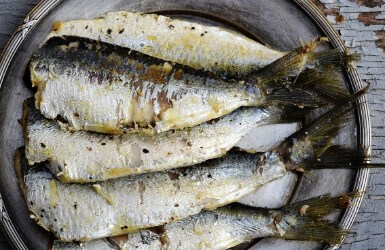 People dressed up as their favorite TV characters, animals, professions or even celebrities will walk the streets to the music of bands – it’s the “ruas” or Carnival parades. Some people even get organized in “comparses“, carnival troupes that disguise themselves with a common theme. Lots of fun to watch! And while pretty much every district has their own local rua, often presided by the Ambassador of their zone, there is one main city parade: the Desfilada del Rei Carnestoltes, taking place usually on Sunday. It is preceded by the Taronjada: a battle of orange confetti and balloons, that remind us of the original battle of real oranges (fruit) that was popular in the Middle Ages – it seems that as early as the 1300’s that tradition was already banned… I guess it hurt! LOL. One last tip: if you can’t make a rua, visit any food market in the morning – the vendors love to dress up for Carnival, and the ambiance is quite cool.

Where to get a disguise

Didn’t bring a disguise with you but want to join the party? Either you want to attend a parade or go to one of the many Carnival parties organized by local nightclubs, we get you covered! One of the best places to get a disguise is the very centrally located Menkes in Gran Via de les Corts Catalanes (they also provide materials for theater and dance troupes). If you prefer a fancy Venitian-like mask, very close to the Picasso Museum you’ll find the fascinating Arlequí Màscares on Princesa st. And if you just need some cheap accessories to have some fun, locals will agree that La Comercial Bolsera on Xuclà st, a side alley that runs parallel to La Rambla, is the place to go (plus around the corner on Pintor Fortuny st. the Party Fiesta shop will provide you with anything else you need.

Enjoy Carnival… to an extend. Beware that the fun has to end at some point, and that point arrives on Tuesday, when the tradition says that the King Carnival is judged for his excesses and sentenced to death. That part however is not dramatized, as far as I know. His burial does take place, although metaphorically only: On Wednesday of Ashes, the Carnival, represented now by a sardine that has been previously burnt, is buried in a public ceremony after a dramatic funeral procession. As weird as this tradition must sound, it seems that in the old times people used to go on picnics for a last rich meal before the fasting weeks of Lent started. Some say they ate fish, while some say the word “sardine” referred to the spine of pigs. Whatever it was that really originated the tradition, the fact that it is burnt in public has a strong symbolic meaning of purification and the act of burying it represents the send-off of vice as the calendar enters a period of abstinence. Talking of abstinence… I’ve heard of one more theory that states that “sardine” might refer instead to the male sexual organ that will have to keep a low profile during Lent (!).

AND BONUS! Would you like to know where to see the most spectacular Rues de Carnaval? 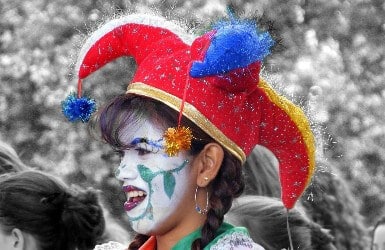 Sitges and Vilanova i la Geltrú

Two seaside towns competing in beauty and modernist architecture continue to be rivals when Carnival comes. Less than 1 hour by train from Barcelona, both Sitges and Vilanova are famous for their Carnival parades and parties, Sitges maybe being a better destination for party goers and clubbers, and Vilanova being adequate for all ages. Both celebrations have been celebrated for over 100 years, and the one in Vilanova is documented since 1790. If you are planning to attend their Carnival events make sure to plan your outing using their websites and the help of Google Translator, and check there’ll still be trains to come back to Barcelona when you are ready for bed.

So what about you? Head to the comments below and tells us: what event is your favorite from the program of the Carnival in Barcelona?