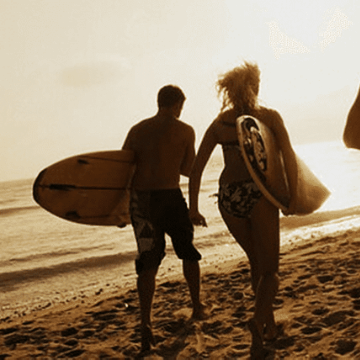 Favorite Barcelona Hotels On The Beach

THE BEST BARCELONA BEACH HOTELS FOR YOUR STAY​

Exiting your beach hotel and plunging in the Mediterranean Sea after a long day touring the city. Doesn’t it sound great? Barcelona is hot and humid in the summer. You are back in your hotel room and nothing feels better than a cold shower…

But wait a minute! Are you sure? Wouldn’t it be better to have the beach at your feet? True, Barcelona isn’t known as a beach destination: it’s more about its architecture, art, food and shopping.

But we do have a really nice Barcelona beach area. And while locals would rather go out of town for a whole day in the seaside, we do use our urban beaches during our short breaks and free afternoons.
TAKE THE BEST WALKING TOUR IN BARCELONA

These are our favorite beachfront hotels in Barcelona:​

One of my favorite Barcelona luxury hotels on the beach for the summer: needing taxis or subway rides to get to the city center doesn’t sound so bad when you have the beach so close! Plus in the summer it’s great to dine in one of those restaurants by the water. With the moon, and the waves, and the palm trees… And then step in one of the fancy nightclubs next door. Book your room here.

I must say I was reluctant to recommend this one… Yes, it’s super trendy, it has an awesome and exclusive drink bar and amazing views. One would say it'd be one of the best Barcelona spa hotels near beach…
SKIP LINES TO HAVE MORE TIME FOR THE BEACH

Why wouldn’t I recommend it? The truth is that it’s a beach that is partially naked and gay-friendly. Locals are used to this: it’s not a problem for us because after all, naked people and gays had used that further end of the Barcelona beach since long before the hotel was built…

But I also understand that not everyone is looking for that kind of landscape for their beach time. That’s why I want to make sure that if you decide to stay in this hotel for its beach, you’ll be making a conscious and well informed choice. Book your room here.

Just one block from the Arts, maybe less fancy but offering also high quality service. One local expert tip: don’t stay by the beach right in front of these hotels: if you can, just walk past the marina of the Port Olímpic to find a less crowded and more local beach. Book your room here.

This area is quieter, and the Barcelona beach hotels here are relatively new as the neighborhood was built for the Olympics in 1992, and continued expanding later on. There are several 4 star hotels in the neighborhood, but this one would be my choice.

Its design is somehow cold, as it’s more of a business hotel than a beach one, but the service is what you can expect of an experienced and renowned Spanish hotel chain.

In this area you’ll find local beaches and less people (being a longer subway ride, most tourists won’t get that far, so it’s mostly locals who’d go there on their cars). Book your room here.
TAKE A PRIVATE BARCELONA HIGHLIGHTS TOUR

Instead, if you prefer to be closer to the center, this beach hotel offers you a good location at a cheap choice. You’ll be a couple of blocks from the beach and you’ll also get a feel of the local life of the fishermen district, have local bars and paella restaurants nearby and be walking distance from the Old Town. Don’t miss it’s roof terrace! Book your room here.

AND BONUS! Beach resorts in Barcelona:​

There isn’t any Caribbean-style beach resort in town, but there are some great beach towns near Barcelona that you should check out. The closest one is Sitges, just half an hour from the city. Further South you can check out Salou, and North don’t miss the Costa Brava and its seaside towns such as Tossa de Mar and Calella de Palafrugell.
PRIVATE SITGES TOUR FROM BARCELONA
BARCELONA TO COSTA BRAVA TOUR

What beach hotel in Barcelona will you pick?​