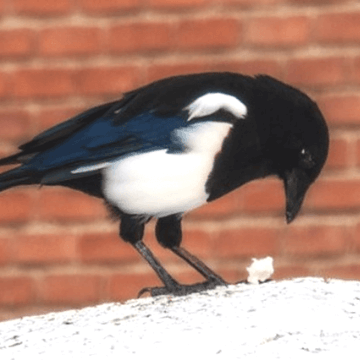 I’ve always been interested in the type of birds that live in Barcelona. But most of the time, when you think about Barcelona birds the first species that will come to your mind are the usual pigeons (over 85,000 of them!) and sparrows, and after thinking a bit more, one might come up with magpies (easy to see them flying in couples or small groups over local parks and gardens), blackbirds and starlings (I still have some trouble telling them apart), turtledoves and seagulls. But there is a wealth of other species that make Barcelona bird watching lots of fun!

According to the Barcelona Birds Atlas published in 2017 thanks to the help of over 300 volunteers that combed the city during nesting season noting down all the birds they spotted, there’s 83 different types of birds that nest in town, which is a 36% of the total species in Catalonia. And some of them will definitely surprise you! Let’s go bird watching together in today’s post!
PRIVATE TOURS TO THE MONTSERRAT MOUNTAIN

These are some common birds in Barcelona (or not so common, but fun), that can be spotted in town:

You didn’t expect these ones, did you? But yes! Barcelona has sheltered a small colony of peregrine falcons for over a decade now thanks to a recovery program after the “local” ones disappeared in the 1970’s.

But the program has been successful providing quiet places in the heights for nesting: skyscrapers, the smoke pipes of a power central not in use anymore, some cliffs in the Montjuic Hill and… Two towers of the Passion Façade of the Sagrada Familia church – the only ones that aren’t open to the public.

There are 6 couples in total now, and they help keeping the population of pigeons down in the areas where they hunt.

Today I’m surprising you, am I? And you’ll be even more amazed to know that in Barcelona we have the largest urban colony in Europe of this species. And the story of how the colony started is really cool: In 1972 a couple of Grey Herons in the Barcelona Zoo had 8 chicks and the employees decided to set two of them free.

To their surprise, the next year these migrating birds were back and nested in the zoo, and the next years they were joined by other migrating couples. Since 1992 they have been sighted in other areas outside of Barcelona, too, and within the city they can be occasionally seen in other public parks, as well as in small ponds of private gardens or schools.

Puput in Catalan (for its characteristic song) or Abubilla in Spanish, you won’t see it often but if you walk around the shady forest paths of Park Guell beyond the tourist crowded areas, you might be lucky to sight them. I have memories of being a kid playing around the bushes there with my kindergarten friends, and seeing them in the high branches of the pine trees.

SKIP LINES AT PARK GUELL WITH US

And now that I’m taking my baby to the same spot to play, I’ve occasionally seen one that seems to have nested in the attic of a house right outside the park, and flies into the park to get food. It’s a quite touching sight! I’ve also heard of sightings in the Forum area, near Diagonal Mar Park – but that’s even more unusual.

Can’t stop surprising you, uh? But if you’ve already been to Barcelona you must have spotted them at some point: they are all over the place! But no, they are not local: they are consider an invasive species. Popular pets in the 1980’s, a few of them must have escaped or been freed, and they soon adapted to the local weather and started reproducing up to the point they have become a problem.

They build massive nests (some of them have been reported to weight a ton!) not just for a couple or family, but for an entire community of parakeets that damage the trees (their favorite are palm trees) and constitute a danger, and they have been already seen outside of the city eating the crops of the suburban farmers. Besides them, there’s 5 more types of parakeets and parrots in town.

Barcelona has a privileged location in bird migratory paths, and that makes it possible to sight alpine swifts, barn swallows and house martins in the warm months (March through October, approximately).

But today I want to talk about alpine swifts because they seem to like soccer! Or at least, they love the shelter that the Camp Nou Stadium provides them, as here you’ll find one of the largest communities of alpine swifts in Catalonia, with over 200 specimen. In 2009 even a group of supporters requested to create a special edition of stamps featuring them with the colors of the team (but for some reason the Post Service didn’t approve it).

However, the existence of the colony might be compromised with the future refurbishment works of the stadium. The Barcelona City Council and other institutions have asked them to help preserving them, but so far there’s been no answer from the club. BTW, that’s not the only bird linked to the FC Barcelona: the club owns some marshals in the suburbs where Western swamphens breed. The cool think is that the colors of their feathers are blue and red: precisely the colors of the team!

And here goes a bonus:

Although you might have already figured them out as we mentioned them in the post, large public parks such as Ciutadella, Diagonal Mar and Park Guell are good sighting spots. But there’s another area you shouldn’t miss (and I purposely omitted it in the post until now): the Hill of Collserola.

COME ON A PRIVATE PARKS TOUR

This mountain range around the city, its largest green lung, is the home of a lot of species that prefer the quietness of nature rather than the hustle and bustle of the city. I recommend to take the S1 or S2 to Baixador de Vallvidrera and from there follow the signs to their Information Center (a 5 minute walk), where they’ll be glad to give you more information about the local birds and recommended itineraries.

Or if you are in for a bit more of adventure, take the Rodalies train to Viladecans, then take the L99 bus and get off Employees Parking of the T1 Airport Terminal (Aparcament d’Empleats), that leaves you 500m from the entrance to the Espai Natural del Delta del Llobregat, a marshal area famous for their birds. We recommend to follow the signs that take you to the Remolar-Filipines area, one of the best places for bird watching.

Did you know there were so many species of birds in Barcelona?