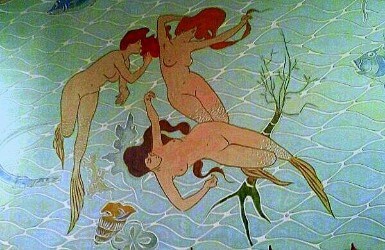 A monument hotel is a hotel located inside a monument (or that incorporates a monument on it). Wouldn’t be exciting to stay somewhere that special? There are actually a few in Barcelona, certified by the Barcelona Hotels Board, most of them displaying beautiful architecture. And a lot of them are 4 and 5 star hotels, so their uniqueness comes also with great service. That’s something no airbnb will offer you! Are you curious to know which are they? Keep reading today post, then!

This is our selection of Barcelona monument hotels for you:

Domènech i Muntaner was a professor and later on rival of Antoni Gaudi and the one to introduce Art Nouveau (here known as Modernism) in Barcelona. And Fonda Espanya is one of his hidden gems. Open in 1854, in the early 1900’s Domènech i Muntaner undertook a complete refurbishment of the original building, that included the use of sculptures, ironwork and wonderful mosaics. In 2010 it was restored with the idea of bringing back the original beauty of its modernist spaces and adding the features and comfort that any luxury hotel needs – and that includes an outdoor pool in the rooftop, with views over the Old Town. If you can’t stay here, though, make sure to at least come here for a special dinner one night: the gorgeous mermaids dinning room hosts now the restaurant run by the many-times Michelin starred chef Martin Berasategui, personal friend of the owners of the hotel.

The other monument hotel in Barcelona that was originally conceived to be a hotel is located on top of the Tibidabo mountain, with the most impressive views over the city. Doctor Andreu, a famous and wealthy pharmacist and businessman opened it in 1924 with the goal of becoming the most exclusive hotel in town. Unfortunately its trajectory wasn’t too successful: used as a military hospital during the Spanish civil war, it reopened as a hotel in the 1950’s, then went out of business in the 1970’s, to be finally reopened in 2001. A careful restoration has brought back the most prominent original elements, while adding modern features such as one of the most spectacular infinity pools in town and a luxurious spa. We specially recommend it for couples in their honey moon, as its location further away from the city doesn’t make it too convenient for sightseeing. 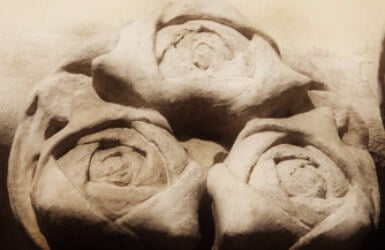 The Lledó street was a favorite of the upper-middle class in the Middle Ages, almost as popular as Montcada street was for the nobles. The hotel Mercer occupies several old mansions in this street, built on top of the Roman walls from 2000 years ago. Actually, in one of the dinning rooms you’ll find one of the towers of the Roman wall. And besides that, the hotel also incorporates medieval arches and original paintings from the 1100’s. A must for lovers of the middle ages, you’ll love to take a coffee in their medieval patio with orange trees. Being somehow off the beaten path, it’s a favorite of celebrities looking for some privacy. But that comes also with a downside: some taxi drivers will refuse to go down that alley because it’s very narrow (the concierge will be able to arrange taxis for you, though, with drivers that are skilled at navigating those backstreets)

Also located in the Old Town but in a wider alley closer to La Rambla you’ll find this 4-star superior hotel that occupies a mansion from the 1700’s: the Casa dels Quatre Rius (House of the Four Rivers), called like this after the sgraffiti decoration of its façade with allegories of the Danube, the Nile, the Ganges and the Río de la Plata. The interior is lavishly decorated with fine materials such as marble, rough iron, tapestries, golden columns, wood carvings and Indian stone. Furthermore, around the hotel are displayed pieces of the private art collection of the Fundació Clos. Definitely, a choice for art and luxury lovers.

After a deep restoration campaign, one of the two buildings that composed the Condes de Barcelona hotel has now become the Monument Hotel. The Casa Enric Batlló was owned by a local businessmen that belonged to the saga of the Batllo – owners of one of the most important textile factories of our Industrial Revolution. It’s a neo-Gothic building from 1895 that stands out for the use of bright orange brick and colorful ceramics, very different for the rest of buildings in the area. Its location right between Gaudi’s Casa Mila and Casa Batlló (owned by a relative of Enric Batlló, by the way) is unbeatable. And if you are into food, you’ll be happy to know that their restaurant is run by the famous chef Martín Berasategui (you guessed it right: the owners of the Monument Hotel also own the Fonda Espanya).

AND BONUS! There’s even a hotel in the Old Town where you can see a Roman Aqueduct: 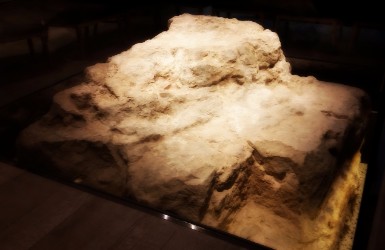 At the moment we write this post, the Catalonia Magdalenes hasn’t entered yet the official list of “monument hotels” of the Barcelona hotels bureau. However, we think it’s worth mentioning that in its lobby you’ll be able to see a few pieces of the basement of the columns that 2000 years ago supported one of the Roman aqueducts that carried water into the city. They don’t even mention it in the Catalonia Hotels website: I discovered it when I picked up some clients there for a tour, and was so impressed and grateful to see that the hotel had decided to preserve such ruins and give them a prominent role and space in the hotel hall.

So what about you? Head to the comments below and tells us: have you ever stayed in a monument hotel and what was your experience?