WHAT TO SEE IN THE BARCELONA PORT VELL

EXPLORING THE AREA OF THE PORT OF BARCELONA 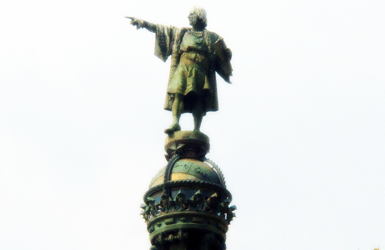 The Barcelona Port Vell (Old Harbor) is the oldest part of the Barcelona waterfront. It was completely renovated prior to the Olympic Games and nowadays it is home to many interesting tourist attractions, from museums to sport facilities and relaxing walks. Every year more than 16 million people visit the Port of Barcelona. Here are the top activities in the area.

These are our favorite sites and landmarks of the Barcelona Port:

This famous sculpture was built during the Universal Exhibition in 1888 in honor of Christopher Columbus, who disembarked in the port of Barcelona after returning from discovering. America. The statue is located at the end of Las Ramblas and there is a lift inside that you can take to enjoy breathtaking panoramic views of the city, Collserola Park, Montjuic hill, the Olympic Marina, the Port Vell… from 60 meters above the ground. 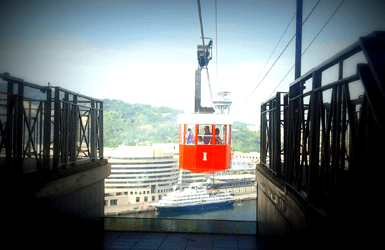 Built to connect the Port Vell with the Montjuic Hill during the World Fair in 1929, it’s 1300 meters long and it takes 10 minutes to cover a one-way ride. Nowadays, it’s mostly used to enjoy its stunning views over the city. At the top of one of the towers there is the famous seafood restaurant Torre de Alta Mar.

Golondrinas (“swallows” in Catalan) are the traditional boats that make trips along the Barcelona coast to show you the city skyline from the sea. The first Golondrinas were inaugurated for the Universal Exhibition in 1888 and they had an steam engine. Nowadays, nearly 130 years after the first trip, they are still offering trips during daytime, plus in August they also schedule night trips with life jazz on Fridays and Saturdays.

Museum of History of Catalonia

Located inside the Palau del Mar, an example of the typical 19th century industrial architecture, in this museum you will learn about the Catalan history through different objects, documents, references, historical recreations, audiovisual equipment and other materials. Don’t miss the views from the 4th floor terrace.

This sculpture by the American pop artist Roy Lichtenstein that resembles a woman face was part of the refurbishment and transformation planned for the Olympic games in 1992. It’s located in Passeig de Colom and thanks to its 15 m high it’s visible from far away. It’s made of concrete and colored mosaic tiles, a tribute to Gaudí’s work, with Joan Miró’s favorite colors and Picasso-inspired shapes.


AND BONUS! What’s going to be the kids’ (and any animal lover) favorite place in Port Vell: 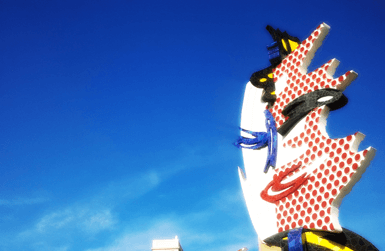 The Aquarium of Barcelona is the home of 11.000 specimens from more than 450 species, and everyone’s favorites are the sharks that can be seen from inside a transparent tunnel that allows you to walk under the water. It is the largest aquarium in the world specializing in Mediterranean fish. Your children will have fun in the area called Explora!, offering interesting activities for the younger ones. Skip lines and get discounted tickets here. Discover other kids attractions near Port Vell here.

So what about you? Head to the comments below and tells us: what is your favorite site or activity in the Port of Barcelona?