Are There Any Barcelona Restaurants Open On Christmas Day?

WHERE TO PLAN YOUR CHRISTMAS DINNER IN BARCELONA

Are you  spending Christmas day in Barcelona? Then, you have to celebrate it as it deserves. But same as you wouldn’t play by ear and improvise your Christmas menu at home, you can’t leave your Christmas restaurant reservations for the last minute either. Not even when you are on holiday. Actually, SPECIALLY because you’ll be on holiday: you won’t be familiar with the local restaurants and many in fact might be closed on holidays or book up quickly.

EXPLORE BARCELONA ON CHRISTMAS WITH US

Plus in Barcelona some people celebrate Christmas Eve on the 24th, the Spanish way, while other do Christmas Day on the 25th, so both days (one day dinner and the other one for lunch) are likely to be tricky. So please, please, please: plan ahead or you’ll regret it.

And since we don’t want it to be difficult, today we want to help you out with your Christmas restaurant research and give you a few options among our favorite. This is our selection of local restaurants open in Barcelona on Christmas day and Christmas Eve.

These are our suggestions for a memorable Christmas Eve dinner in Barcelona:

Does fish and shellfish sound like the perfect menu for Christmas? This restaurant is famous to serve the freshest fish from the Mediterranean sea and the Atlantic Ocean. It’s a mythic restaurant in Barcelona where wealthy locals keep going despite now having to share it with many foreign customers.

It’s a pretty large restaurant, with loads of private and semi-private rooms, so it’s hard to get booked-up and it never really feels excessively busy and noisy even if you know there’s lots of other people eating in the other rooms.

A safe bet for a special day if you like large quantities and don’t want fussy experimental cooking but rather traditional and simple dishes. They are also used to catering families and children absolutely love the aquarium at the entrance where they keep alive lobsters (that you might be eating later – but don’t tell the kids that).

A choice for those wanting something classical: this restaurant opened its doors 175 years ago on Passeig d’Isabel II in a building with arches in the street level, hence its name: Seven Doors. Here you’ll find waiters dressed in oldfashioned uniforms, black and white checkered floors and little plates with the names of the personalities that have used each seat.

Although they are most famous for their paella, they take pride in offering a menu based in seasonal products cooked according to the Catalan cuisine standards. Their cannelloni are a must for Christmas, and you’ll also be able to taste the local Christmas favorites: stews and meats – let the waiter recommend what’s traditional that day! And after your meal, walk it off with a lovely walk along the Port Vell marina or the winding streets of the Born district nearby.

For an elegant but traditional Christmas Eve meal (it’s closed on December 25, but it’s a great option on the 24th for dinner), check out this restaurant, a favorite of the former King Juan Carlos I as well as Woody Allen, which specializes in Catalan cuisine with contemporary touches that make each dish special. The owner, Mr. Isidre, goes every morning to the nearby Boqueria Market to order the best products from his favorite stores. 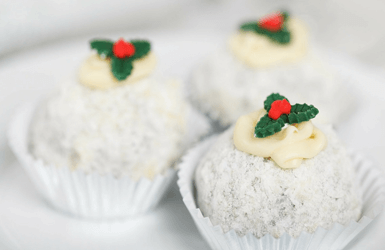 WALK AROUND BARCELONA DURING CHRISTMAS

And he knows them well, since he’s been doing that for over 40 years! People say he’s probably one of the people that knows the market best, beside some store and bar owners!. He’s definitely planning something succulent for that night. Just make sure to arrange for a taxi to get there and ask them to call one to take you back to the hotel when you are done: some streets in the vicinity aren’t specially recommendable, specially if you are not the adventurous kind of traveler.

Located near Passeig de Gràcia, this place offers traditional recipes in a classy and elegant setting and will be a great choice for those looking for a modernist setting. We love the tables in their acclimatized patio covered by a retractile glass roof, as well as their cozier rooms with a more winter-like decor.

On Christmas day, don’t hesitate to taste their escudella (Catalan earthy soup). This is fail-proof choice, and it can be combined with a visit of Casa Batllo on the same day – just 5 blocks away (don’t try to go to La Pedrera on the 25th: it’s closed).

Now you prefer something traditional-traditional? Then head to the uptown to find this restaurant located in a refurbished old masia (Catalan farm-house) from the 1600’s. A charming place full of history. It might be a longish taxi ride from the city center, but the experience is worth it. Rustic and cozy, here also traditional Catalan cooking is the norm.

Call ahead to book their special Christmas menu. By the way, it’s a great choice for families since they also have a special Kids Christmas menu for the youngest ones! And if you plan for a pre-meal visit to the cypress tree maze of the Parc del Laberint you’ll make their day: it’s a 5min taxi ride or 20min walk – the park is closed on the 25th after 2PM.

Where are you planning to celebrate your Christmas dinner in Barcelona?