The weather being good or bad is one of the points that can make your trip succeed or fail. So knowing about the local weather characteristics in your destination is vital to plan ahead and prepare accordingly to bring the right clothes and equipment.

Find out how the Barcelona weather can affect your trip. Barcelona is attractive for many reasons, but the good weather is one of its main advantages. The Barcelona climate is Mediterranean, with moderate temperatures (hot in the summer, but mild in the winter), and predominating sunny days without excessive rains. We do have 4 seasons, although our autumns don’t offer a too spectacular foliage because most of our local trees are mostly perennial or lose their leaves too quickly. 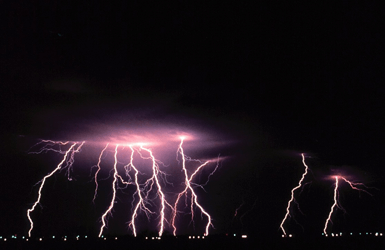 These are the main characteristics of the Barcelona weather year round:

Did you know that in Barcelona it rains an average of 90 days a year? The rainiest season is autumn, specially September and October, although it’s unusual to rain for two days in a row. In the Summer there can be some summer storms: short but strong… so don’t worry about a cloudy day, as it might be sunny soon.

Plus what the statistics don’t tell you is that it doesn’t have to rain for the whole day to qualify as a “rainy day”: again, it rarely rains for the whole day in Barcelona and most of the time it’s not likely to bother you much during your sightseeing if you decide to go indoors for a while.

By the way, here you’ll get a few ideas about what to do if it rains during your trip.

Does it snow in Barcelona?

In the winter Barcelona doesn’t suffer from extremely cold temperatures the average temperature goes from 9º to 12º (48 to 53F approx.), and in the city center it barely freezes. So if the sun is shining you’ll see all the bar terraces are crowded with people that wants to enjoy the sun. Snowfalls are pretty rare: maybe once a year (if it happens), and then it melts pretty quickly.

The possibility of snow depends on cold waves coming from the Northeast, mostly December and February. The biggest snowfalls have been 1962 and then nothing important until 2010! Picture people skying downhill in streets – yes: but the snow was pretty much gone by the next day.

So what to do if you actually enjoy the cold? Head to the Pyrenees instead: we have great ski resorts at only 2 hours drive from the city – perfect for a weekend or even a single day trip.

The wind in Barcelona comes mostly from the North, except in June and July when it is coming from the South. There’s not much wind nor catastrophes related to wind speed (although strong wind storms will make a few trees fall occasionally – 1989 and 2009 were remarkably strong), and the most windy months are March and April. 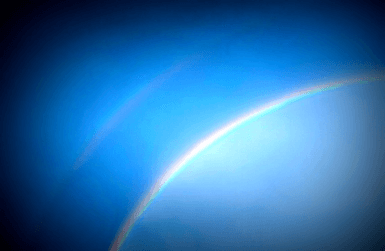 WALK AROUND BARCELONA WITH YOUR PRIVATE GUIDE

If you travel in Spring and Summer you’ll enjoy the sea breeze coming from the Mediterranean. The average wind speed at sea level is between 3 and 22m/s (6 to 43 knots approx.), what makes it great for sailing experiences. At sea level, the wind won’t create large waves either and very rarely the city council will activate the Emergency Plan designed when over 30% of the waves are higher than 2.5m (8 feet).

In Barcelona it’s sunny practically all year around. There is little difference between maximum and minimum temperatures and all seasons are ideal to enjoy a walk by the beach, eat in restaurant terraces and enjoy any kind of outdoor activities. The best months to travel are May, June and September when it’s very sunny and the temperatures are warm but not unbearable.

In the summer, daytime temperatures range around 23 to 26ºC (73 to 78F), with occasional peaks that would rarely go beyond 33ºC (91F) – as opposite to the South of Spain where it’s common to reach 40ºC (104F). More information about how to survive the summer heat in Barcelona in this post.

In Barcelona, the water temperature and the sunny days are perfect to enjoy a good swim in the sea or a walk around the beach. The average temperature is around 18.5º (65F), and locals usually start getting in the water around June and keep flocking the beaches until end of September: outside of these months only Barceloneta neighbors, neoprene-dressed surfers and Nordic tourists are seen taking a bath. By the way, you’ll find more information on the Barcelona beaches in this other post.

AND BONUS! Are there any natural catastrophes related to the Barcelona climate?

Not at all: Barcelona is located by the Mediterranean sea, which is too small to generate hurricanes or dangerous tsunamis. There are the occasional small tornadoes, but they are small and isolated and don’t do much more damage than maybe blowing up a roof or uprooting a few trees, so they are considered a rarity – not a disaster. 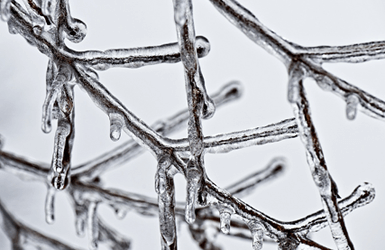 Floods used to happen in the past, when spring and autumn showers suddenly filled the torrents and flooded the coastal villages built along them, but nowadays those torrents flow underground or in canals, and don’t bother the population that much anymore.

As for droughts, they do occasionally happen (in 2015-16 there wasn’t any rain for over 90 days), but our good reservoir system filled with mountain rivers is usually enough to prevent emergencies. We do suffer forest fires in the summer, though – Not in Barcelona, but mostly in the countryside counties such as those in Bages 1994 and 1998.

As for non weather-related catastrophes, strong earthquakes aren’t common at all either: the last big one happened in 1428. Small earthquakes do happen, though, since we are located on top of a tectonic fault, but most of the time the population doesn’t even feels it, they are only recorded by special detectors, or if they do feel them, it’s experienced as something uncommon and sort of exciting but not really dangerous.

Is the weather in Barcelona similar to the place where you live?