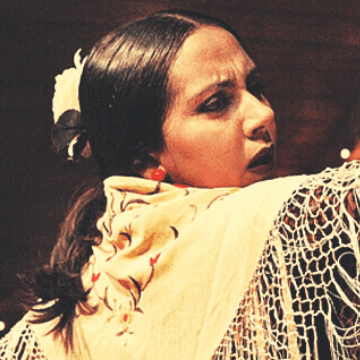 The Basics Of The History Of Flamenco

Flamenco is a typical style of music and dance of Spain, specially from the regions of Andalucía, Extremadura and Murcia. Some theories calculate it dates from the 1700’s, and it is believed that the Flamenco culture was born out of the constant interaction between natives, Gypsies, Muslims, Jews, and Castilians. As a strong element of the Spanish culture, Flamenco has developed a great history with key moments that define the actual dance we know.

So if you are planning to go to a Flamenco show during your upcoming trip to Spain and want to understand it better (and why not, show off your knowledge with your travel mates), don’t miss today’s f explanation of the history of Flamenco. And BTW, these are our recommended Flamenco Shows in Barcelona and this is our Flamenco and Tapas tour.
COME ON A FLAMENCO & TAPAS TOUR

This is what you need to know about the history of flamenco dance and music:

Flamenco doesn’t just pop out our of nothing, it’s mainly an evolution and mix of different folklore musics. However, it is commonly accepted that the history of flamenco is linked to some gypsy communities living in Andalusia (South of Spain) in the 1400’s. Unfortunately, they were mostly nomads and had no access to education, so there won’t be any written records about it nor music sheets until 300 years later: a piece from an Italian opera: “La maschera fortunata”.

By the end of XIX century, Flamenco was already spread across Andalucía, starting to be one of the most popular arts in the region, and with it came the first openings of “Cafés Cantantes”, which were nightspots where people used to enjoy drinking and seeing music shows. These establishments allowed the “cantaores” (Flamenco singers) to improve their performances and exposed them to the public.

Some people even say that “Cafés Cantantes” were crucial for Flamenco, as they used to be filled with people from different ethnic groups, what allowed these people to learn from each others cultures and songs, helping to the consolidation of the Flamenco art as we know it.

Also, the “Cafés Cantantes” helped making famous certain “Cantaores” that performed very often and the public fell for their charisma. Given this context, top notch singers like Silverio Franconetti, Tomás El Nitri and Juan Breva started to emerge, generating a healthy rivalry among them, which only contributed to the general improvement of the quality of the shows. This is why such blooming area of the history of Flamenco is considered its Golden Period.

The Best Collection. History Of Flamenco. Vol. 8:...
Check on Amazon

During the first half of the twentieth century, Flamenco shows started to come out of the “Cafés Cantantes” and started taking place in larger venues such as bullrings and theaters. At first, the content of the shows wasn’t different at all. Interestingly, operas had a tax rate of 3% while other shows from different sorts had a tax rate of 10%. When producers realized that, they made up the name of Opera Flamenca as an strategy to offer cheaper ticket prices. 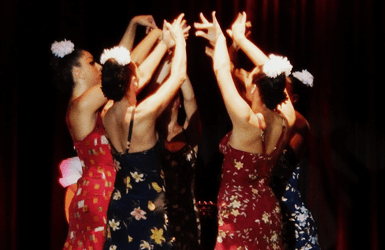 The success of the Opera Flamenca was so big that it soon reached other regions of Spain, raising its popularity with every new presentation, and it soon became a more commercial art, leaving behind certain styles or “cantes” (as they are known in Spanish folklore) that were considered old fashioned and conservative.

Of course, such tricks to please the masses were widely criticized by the defenders of the more purist styles. It’s during this period that Flamenco starts being considered as one of the strongest elements of the Spanish culture, leaving behind that thought that it was exclusive to the Andalucía region.

Even when the Spanish Civil War ended and the dictatorship of Francisco Franco constantly questioned its contributions to the Spanish idiosyncrasy, they inevitably had to recognize its place as they couldn’t deny the strength Flamenco had in the cultural context of the country. Famous figures of this time were Antonio Chacón, Manuel Torre, La Niña de los Peines, Pepe Marchena and Manolo Caracol. You can still see Opera Flamenca in Barcelona nowadays.

In the 1950’s, the Opera Flamenca was widely known even outside of Spain, and a new generation of singers started to return to more classic formats of Flamenco, playing the original styles in smaller groups. There was also a new interest for studying Flamenco art and history, what gave it a more intellectual category – it wasn’t just folklore anymore.

Antonio Mairena is the greatest example of this new generation, who dedicated almost all of his career to the rescue and restoration of a lot of forgotten “cantes”. He mastered almost all of them and was pretty concerned about the artists around him and the example he was giving, fearing that he could do something that wasn’t within the traditions of Flamenco.

He studied and promoted the Andalusian and Gipsy roots of Flamenco, and we owe him the salvation of the original and classic Flamenco, that until then had bee unknown and despised. It’s also during this time that an Anthology of Flamenco’s Cante was recorded by the company Hispavox, starring Manolo Caracol. Such collection helped to preserve the Flamenco culture for the future.

The present scenario of Flamenco art is considered to start in the 1970’s, where it began to fuse with other musical genres such as blues, jazz or even rock. While the original and pure Flamenco performances remain, they’ve been reduced to intellectuals and artists that admire it, or to shows for the tourists.

Nevertheless, the intellectual Flamenco movement doesn’t despise these fusions, yet they distinguish these combinations in “correct” fusions or “wrong” fusions, based on the use of rhythms and melodies of Flamenco and how much the artist can modify them without distorting the essence. There has also been a great development and evolution of the Flamenco guitar, even creating a new format of performance, guitar concerts, which is considered a new trend, the “concertismo” (a great example being the great artist Paco de Lucía).

There has been, also, an interesting evolution of the Flamenco dance. In the last years, the Andalusian government has dedicated a significant effort to support the Flamenco culture, guarantying spaces for its development, and creating a special agency for the topic.

AND BONUS! Learn where the word “flamenco” comes from:​

With all of this history, there is still something we haven’t explained, and that is the etymology of the word “Flamenco”. While there is no certain origin, there are two strong theories, among others that have been discarded through time. Some say that the origin of this name comes from a resemblance between the Flamingo bird (in Spanish called “flamenco”) and the looks and body language of the performers. 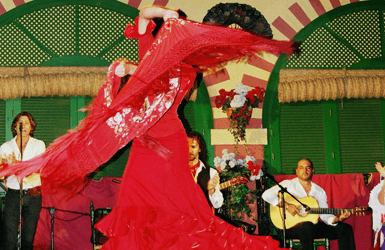 SEE FLAMENCO AND EAT TAPAS WITH US

But it is also said that Gypsies were called Flamencos in Andalucía. While there is no clear reason of why this word was used to designate the Gypsies, there are certain beliefs that is was related to the slang prisoners used for describing a moody and extravagant behavior, which was considered to be typical among the Gypsies.

Do you know any other flamenco history facts that you want to share with us?