Visiting The Best Cemeteries In Barcelona 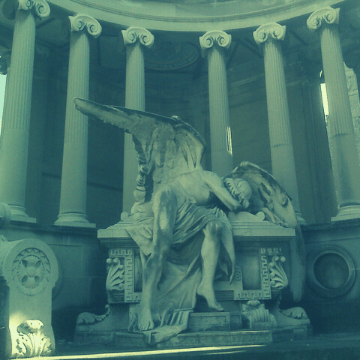 Visiting cemeteries has become a trend among those travelers who want to go a bit off the beaten path besides visiting the main tourists sites. Famous graveyards such as Père Lachaise in Paris, Novodevichy in Moscow, Woodlawn in NYC…  are just a few examples. There you can follow the track of famous characters, learn about local traditions and history, get away from the crowds and find silence for a while, and often get closer to nature or even enjoy some beautiful views.

The Barcelona cemeteries are hidden jewels that no cemetery lover should miss. Today we want to share with you which ones are the best and why you should consider visiting them. Specially on a day like tomorrow- All Saints, when many local families will be heading there to bring flowers to their dear ones.
GET A PRIVATE TAILORED TOUR OF THE CITY CEMETERIES

The largest cemetery in Barcelona could be also considered the largest outdoor art museum in town, as well: when it was created in the 1800’s, the wealthy families that were paying architects such as Gaudi, Domènech i Montaner and Puig i Cadafalch to build apartment buildings for them in the high end avenues of the Eixample district, also used them and their favorite sculptors to erect touching burial mausoleums for their families.

It was even said that if you didn’t own an apartment building in Passeig de Gracia, a countryside home in Collserola and a tomb in Montjuic, then you weren’t really part of the high society of Barcelona. At the entrance of the cemetery you can get a map that will show you around a route of the most artistic graves and another covering those of historical characters. Don’t miss either its views over the port, and the Fossar de la Pedrera with its Jewish memorials.

The Poblenou graveyard is the one that the Cementerio de Montjuic came to substitute when it became too small to continue giving service to the city. Used mostly in the 1800’s, it is smaller and easier to cover in a light walk, and the beauty of its tombs won’t leave you indifferent either.

Look out of the grave of el Santet, a child that died too early and is said to grant miracles to those praying in front of his tomb. But if you like art, our favorite sculpture there is called the Kiss of Death.

The Roman would bury their people outside their cities along the roads taking to them, hoping their dead would always be remembered even for an instant by the travelers passing by. That was also more hygienic than burying them inside the populated areas within the walls. That explains that just around the corner from Plaza Catalunya a garden hides the entrance to one of the oldest graveyards in town: the Roman Funeral Way. 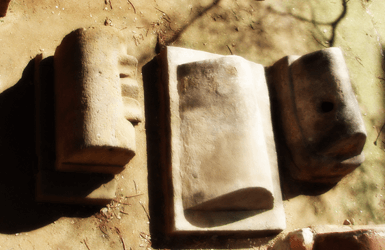 VISIT THE ROMAN NECROPOLIS WITH US

While the graves can be seen from the balcony that crosses over the enclosure, if you are interested you can buy the (quite cheap) ticket that will not just allow you to walk around them, but also visit a very interesting interpretation center where you’ll learn more about the curious funeral traditions the Romans had and see some of the objects that were found during the excavations. This is our favorite place to start our tour of the Roman Barcelona.

While you won’t be able to see any actual tomb there, this is probably the historical burial place in Barcelona with the strongest emotions and political symbolism attached to it. You might have heard that in 1714 Catalonia lost the War of Succession against the rest of Spain, supported by the French, and following to that King Philip V came to the throne starting the Bourbon dynasty and abolishing all Catalan institutions, rights and traditions (if you’ve ever wondered why Catalan want to be independent, that’s a point in history worth learning about).

Well, many brave city defenders died during the last battle on September 11, 1714, and they were buried in a common grave next to the church of Santa Maria del Mar, where mulberry trees grew – hence the name Mulberry Tree Graveyard. Since 2001 a memorial flame burns permanently there.

While both the Montjuic and the Poblenou cemeteries are still in use, their historical flavor might not let you connect much with the real pulse of the city. So if you want to really experience with how death is lived in our land, I suggest a more off the beaten path trip to this other cemetery, that while it was also created in the late 1900’s and you’ll get your bit of beautiful funerary art, it continues to be one of the most used graveyards nowadays in Barcelona.

Besides that, it’s been the chosen place to rest eternally by many old FC Barcelona players, managers and fans, and it also features a whole Jewish enclosure used by the modern Hebrew community, which we visit in our chauffeured Jewish tour of Barcelona.

AND BONUS! Where can you see the tomb of Antoni Gaudi?

Antoni Gaudí, the most famous architect in the history of Barcelona died in 1926 after being run over by a tramway. He was took by a beggar and taken to a hospital for poor people, where he died almost by himself. However, when they finally realized who he was, the news spread like wildfire and over 100,000 people showed up to his funeral, that started with a procession from the Cathedral of Saint Eulàlia all the way up to the architect masterpiece: the Sagrada Familia church. 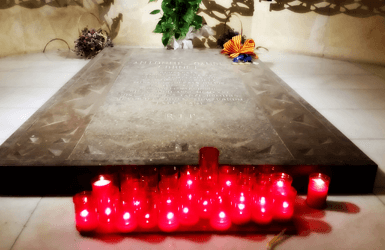 He was buried in a side chapel of the crypt, which as the only part of the church already functioning. You can visit his tomb there when the crypt is open for mass (check the timetable, as it’s closed most of the day otherwise), and it is also visible from a window of the museum when you are visiting the main church. There’s one more person buried in the crypt: Josep Maria Bocabella, president of the Associació de Devots de Sant Josep, who hired Gaudi after the first architect of the project, Francesc de Paula i Villar resigned.

Did you know there were so many cemeteries in Barcelona?