WHERE TO FIND HALAL FOOD IN BARCELONA 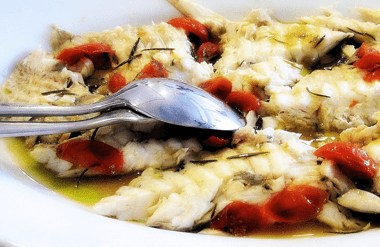 Eating halal in Barcelona is easier than you’d think. What’s difficult is to find Spanish (or even European) restaurants serving halal food, as most halal restaurants in Barcelona are Middle-Eastern, Pakistani, Turkish, Libanese or even Indian. If you are not interested in local cuisine, it won’t be hard to find them: most of them are located along La Rambla or spread around the multicultural (but poor and sometimes almost scary) Raval district, and many online listings will give you their names.

But if you have come to Spain to eat what locals eat and don’t want to limit yourself to vegetarian or pescaterian options, then you’ll have to dig a big deeper to find those local restaurants where you can safely eat halal while trying some good tapas, paella and other Spanish dishes. Or maybe not: today we’ve got you covered! We have done all the research for you and in today’s post you’ll find those halal places where you can eat Spanish food in Barcelona.

These are the best halal restaurants in barcelona:

Once upon a time, in the heart of the Old Town of Barcelona (Avinyó street), in a lively street good for original shopping, there was a terrible restaurant called Sukur. Terrible? Yes! Until Antonio Chicote from the Spanish version of the TV show Kitchen Nightmares came to rescue and transformed it into a now decent venue offering nice Spanish, Mediterranean and fusion cooking where if you ask, the waiter will show you which dishes in the menu are halal. It’s a good choice for a meal after exploring the Gothic Quarter and a short walk from the Picasso Museum. We recommend to make some research online, as you’ll be able to find discounts for this restaurant pretty easily

While their specialty is middle Eastern food (they also have a Shisha bar), this popular restaurant in La Rambla also offers a selection of tapas and paella. It might be a bit overpriced, and you’ll be surrounded by tourists, but it’s a quite decent option for a halal meal (completely certified) after exploring the busiest street in town, or as an alternative to all the other middle-Eastern restaurants in the Raval district. 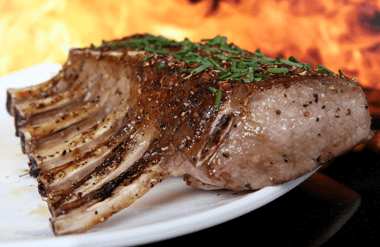 Castilia, the center of Spain, is famous for its roasted meats: specially their lamb. And the best place in Barcelona to taste them are the Asador de Aranda restaurants. There are two in town, one more centrally located near Plaza Catalunya and another in a spectacular modernist house in the exclusive uptown Avinguda de Tibidabo, which is our favorite and is often used by locals to celebrate weddings and special dates. Both restaurants (as well as the rest of the restaurants owned by this chain all over Spain) retain official halal certificates. Things to do in the area: we recommend to take the Blue Tram and then connect with the Tibidabo Funicular to get to the top of the Tibidabo mountain and enjoy the breathtaking city views from there.

If you are looking for some comfort food, or need eating during your shopping day or after exploring the hill of Montjuic, in the basement of the Las Arenas shopping mall in Plaza España you’ll find this restaurant featuring salads, pasta, pizza and homemade cakes, as well as some sandwiches and tapas. All their meats are halal, which is kind of surprising taking into account that the building was once one of the bullrings of Barcelona, before it was refurbished by Richard Rogers to became the futuristic mall it is today. Kid-friendly food, wheelchair accessible and fast service. After your meal, take the escalators all the way to the top of the building to admire the views and take unique pictures of the Venitian Towers of the World Fair (mind the escalators are free, while the panoramic elevator outside of the building isn’t).

The restaurant of Le Meridien hotel in La Rambla also has halal options in their menu, but we recommend to call in advance to make sure there’s availability that day and they are ready to serve you. Besides that, if you are staying at the hotel, there is a lovely Halal Menu available for room service only, including a variety of oriental and international dishes, going from hummus and tabouleh, to salmon, patatas bravas (potatoes with aioli sauce), pasta, chicken burgers or club sandwiches. That’s really convenient! And taking into account its very central location and its proximity to the middle-eastern halal restaurants in the Raval district, that can be a great hotel choice for those requiring halal food for every meal.

AND BONUS! Here is where to find the most gourmet halal food in Barcelona: 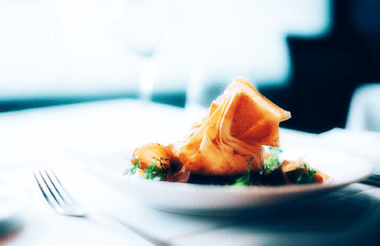 The Mandarin Oriental chain owns one of the most exclusive hotels in the elegant Passeig de Gràcia street of Barcelona. Arabic princes and Middle Eastern personalities stay often here, which is why they have created a service of private chef that specializes in halal menus, that can be completely customized and adapted to the schedule and preferences of their clients. As it couldn’t be otherwise, halal options are also available in the exclusive restaurants of the hotel on request, and they have other special attentions to Muslim guests such as praying mats and Korans, Arabic-speaking staff and TV channels, shishas and even post-Ramadan spa packages. This hotel is also the best choice for well-off shopping-lover travelers that want to be close to the most exclusive fashion stores and Gaudi’s Casa Batllo and Casa Mila (La Pedrera).

So what about you? Head to the comments below and tells us: what Barcelona halal restaurants would you like to try?