Where Do Locals Go For Tapas In Barcelona?

Many of my guests ask me where to find some good tapas in Barcelona, and I’m always happy to give them a few recommendations. That’s why today I’m sharing with you where to go for some great local tapas in town. 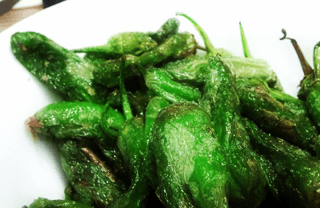 TAKE A TAPAS TOUR WITH US
But what are tapas? Tapas are small plates that you share with your friends and family around a table. It can be just an appetizer before your real meal, or if you order a few of them tapas can be a whole meal by itself. Learn more about the meaning of tapas in this post Many of my guests ask me where to find some good tapas in Barcelona, and I’m always happy to give them a few recommendations. That’s why today I’m sharing with you where to go for some great local tapas in town.

These are the best tapas bars in Barcelona:​

If you don’t want to go too far from your comfort zone, by either going too far from the city center or by having to try too adventurous foods, that’s a beautiful bet! In this tapas restaurant, locals mix-in gracefully with tourist, showing up at least 1 hour earlier than they would to get a table anywhere else!

They also have a sister-restaurant called Ciudad Condal where they serve the exact same food. Just one recommendation: don’t let the waiter bring you an assortment: it’s likely to be boring. Instead, take a moment to read the menu (in English) and choose what sounds most appealing for you, and also ask the waiter about what other people are eating around you to get some extra ideas.

Now let’s go a bit further away… Want some traditional tapas? Take the blue line of the subway (ok, or maybe a taxi) and go to  That’s a place where no tourist would get by mistake, as it’s a totally off-the-beaten-path neighborhood. Be prepared to wait outside until you are given a place to seat, as it’s always crowded. 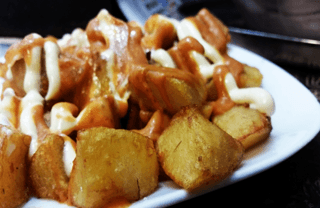 TAKE A FOOD TOUR WITH US

But let’s say you want to be adventurous and that you love fish… In that case you’ll have to head to the Barceloneta district and find this super authentic tapas bar hidden behind a door that doesn’t even have a street number! And make sure to order a “bomba“, the local tapas invented in this precise bar: a mashed potato ball stuffed with minced meat. Yum!

If you don’t mind standing, you’ll love another of my favorite Barcelona tapas restaurants in the Poblesec district. Halfway between a deli grocery and a bar, their specialty are bread buns with assorted toppings. They prepare them right in front of you, while you are standing by the counter. It’s a quite small venue, and the owners are superfriendly. 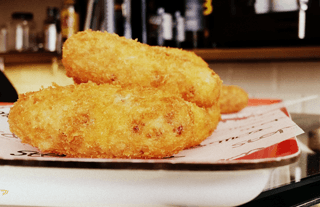 SEE ALL OUR FOOD & TAPAS TOURS

The Born district is a great area to eat tapas in Barcelona, and from all the tapas bars there, I love Xampanyet – a must stop in our Barcelona Tapas Tours. This Barcelona restaurant has been owned by the same family for 4 generations and they have one of the best Spanish omelets in town.

Order some ham and cheese and pair it with the house sparkling (Xampanyet means “little champagne”). It’s a crowded place, but getting one of their coveted tables is an amazing experience!

AND BONUS! Did you know you could eat Michelin-starred tapas in Barcelona?

Is your trip more than 3 months ahead? Lucky you! Head over the website of Tickets Bar to book your table. This bar is run by world-famous chef Ferran Adrià and his brother and it makes part of the refined group of Michelin Star restaurants in Barcelona.

Every day at Spanish midnight they open bookings for one day, 2 months ahead of time. Keep an eye on their calendar for your favorite date, and when time arrives hurry up! Spots there fly! 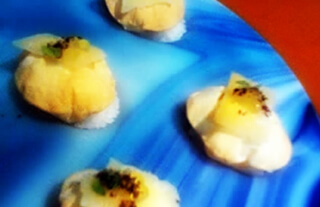 WHAT ABOUT A FLAMENCO & TAPAS NIGHT?

Have you been in any of these Barcelona tapas bars?​