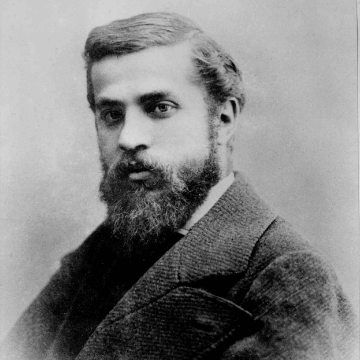 INTERESTING FACTS ABOUT ANTONI GAUDI TO UNDERSTAND HIS WORKS​

The biography of Antoni Gaudi is full of interesting stories, bright moments and inspirational creations. If he hadn’t been working in Barcelona, the city wouldn’t be what it’s now. His architecture, way beyond his time, attracts people from all over the world and make the city a standout as something unique and different from any other city in Europe.

We have chosen today some of the most important facts of the fascinating biography of Antoni Gaudi, and sorted out for you the most important years in his biography, those that were going to be crucial for the development of his career and the creation of his masterpieces.
DISCOVER THE GAUDI SITES WITH US

Here is the life of Antoni Gaudi in 5 crucial dates:​

The life of Antoni Gaudi starts on a June 25 1852, when he’s born in Riudoms (and baptized in Reus), a rural area south of Barcelona and near Tarragona. His father is a craftsman that works with rough iron making cauldrons and instruments to distillate local liquors.

Antoni Gaudi childhood will be often spent visiting the workshop of the other craftsmen in town as well as taking long walks around nature. Both things were going to the strong influences on Antoni Gaudi works later on as an architect.

A very important year in the life Antoni Gaudi, he finishes his studies of architecture in Barcelona, were his style was starting to stand out as something really different from what any other student was doing. It is said that in his graduation ceremony, Elies Rogent, the dean of the faculty, told him that day:

We have given this academic title to either a fool or a genius. Time will show

That same year, during the Paris World Fair, Anthony Gaudi would meet the count Eusebi Güell, who would become his patron and strong supporter.

A turning point in Antoni Gaudi biography. After architect Francesc de Paula Villar quits building a church for the Association of Devotees of Saint Joseph, Gaudi is appointed to continue the construction works. He is going to change the project completely, and this church will become the work of his life: the now infamous Sagrada Familia. 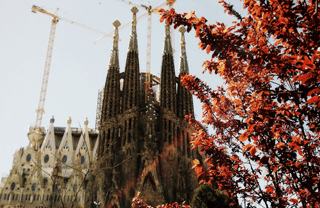 The reason of his solitude is one of the little known facts about Antoni Gaudi. The truth is that friends and family die in the early 1910s, and the life of Antoni Gaudi gets lonelier. Plus after his disagreements with the Milà family during the construction of la Pedrera, the Barcelona high society is reluctant to hire him again.

Antoni Gaudi decides to devote himself exclusively to the construction of the Sagrada Familia, refusing to take any other project, and only finishing whatever he had already started.

The life of Antoni Gaudi was over on a June 10, 1926. 3 days earlier he was hit by a tramway on his way to one of his favorite church: St. Philip Neri. Being modestly dressed, he’s mistaken by a beggar and he’s taken to a hospital for poor people. When he’s finally recognized, it’s already too late…

Gaudí left us half a dozen of impressive masterpieces and several minor. His innovative construction techniques and his creative use of tiles and other decoration materials set a path that would take a hundred years before the next generations of architects and artists would be ready to fully understand them.

If you are interested in learning more about the architect, don’t miss our tour of the works and biography of Antoni Gaudi.

AND BONUS! The date that is meant to remind everyone of Gaudi beyond his death!​

Hopefully this date will become memorable, as the Sagrada Familia Church is scheduled to be completed to coincide with the celebration of the 100 anniversary of Antoni Gaudi’s death. Only 150 years would have been needed, despite during the life of Antoni Gaudi he calculated we’d need 200. We are ahead of schedule!

Just take into account that when they talk about “completion” they are only talking about the architectural part of the project. Relevant decoration pieces such as the sculptures of the Glory façade, and probably also the bridge over Mallorca street and the staircase to access the main entrance will still be missing. AN 8-HOUR GAUDI TOUR FOR THE TRUE FANS