Should You Visit The Casa Mila Interior? 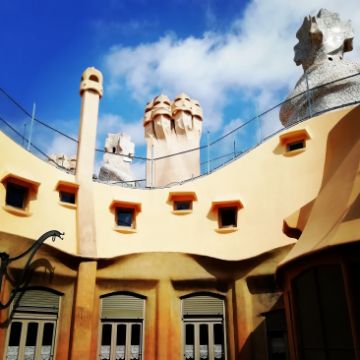 DISCOVER HOW IS LA PEDRERA INSIDE​

La Pedrera, also called Casa Mila is an impressive apartment building in Passeig de Gracia, one of the most emblematic buildings in Barcelona, built between 1906 and 1912. La Pedrera was the last Antoni Gaudí private project before entirely focusing on the Sagrada Familia church.

An innovative building that didn’t respect any conventional style, was an object of controversy for a while, what earnt it its nickname, La Pedrera (keep reading to discover why!) On 1984 it was designated a UNESCO World Heritage site. We include it in a lot of our Barcelona Tours, and it’s a must of our Gaudi Tour. We also do 1.5 hour tours of La Pedrera only, if you don’t have enough time for a 4-hr tour.

Here is what you get to see in the Casa Mila inside:

The ground plan is organized around several courtyards that contributed to let sunlight into the building and improve ventilation of the building. The patio façades, full of light and colors, are decorated with paintings related to flowers and nature. Gorgeous!
TAKE A PRIVATE TOUR OF CASA MILA

The original rooftop of this buildings is definitely one of its highlights. Staircase shafts covered in broken pottery, 28 twisted chimneys and two curious vents to ventilate the building…

All decorated with marble, broken Valencia tiles and glass (it’s said that he reused the bottles of the inauguration party to decorate one of the chimneys). The rooftop was called by a Catalan poet as “the garden of warriors” as the chimneys seems to protect the city.

The Espai Gaudí is situated in the attic. This unique room built with 270 parabolic arches that look like a giant ribs sheltered the washing rooms. Now it houses a permanent exhibition dedicated to Gaudí’s work and life: models, building plans, photographs, videos… to help you getting a better understanding of this genius and his architecture. 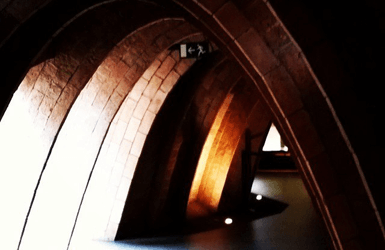 THE SECRETS OF GAUDI'S ARCHITECTURE REVEALED

The forth floor has been set up to explain know how  a bourgeois family lived in Barcelona in XX century. It recreates the atmosphere of the time original antique furniture and domestic equipment.

It’s very interesting to see how life and devices have changed so much in just one hundred years, and how Gaudi conceived the interiors of Casa Mila to be as comfortable and convenient as possible.

During day time you can visit all the spaces mentioned above, but if you would like to live a unique experience, don’t miss the night audiovisual show taking you also around the different areas of the building, and finishing with a spectacular video mapping shop in the rooftop inspired in the origins of life and Gaudí’s architecture essence. Get here your Casa Mila by night tickets and travel to Gaudí’s fantastic world!

AND BONUS! Why this building has two names?​

This building was commissioned to Gaudi by the Mila family in 1906, so the official name is Casa Mila, that means “the building owned by the Mila family”. However, Gaudi went totally wild with the façade and the locals thought it was outrageous. They started comparing it with a stone quarry, because of how it looked. In Catalan, “La Pedrera” means “The Quarry”. People has continued using this word as a nickname for the house, and that’s why now some people still call it La Pedrera, while others call it Casa Mila. 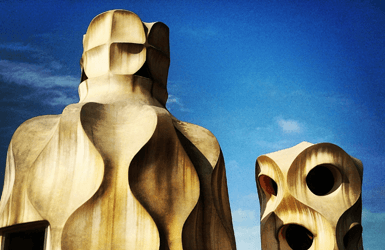 Have you ever been to La Pedrera or are you planning to go?​