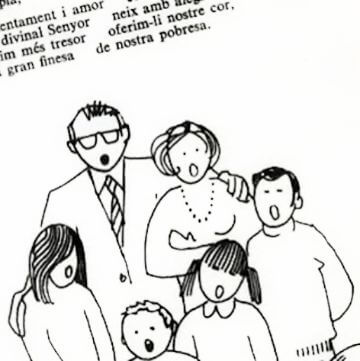 I love Christmas Carols. We sang them in school when I was a child, and my parents bought me a book with tradition Christmas songs so I could learn and sing more of them. And while there are some Christmas carols in Spanish that I like, my favorite have always been the ones in Catalan: there’s such a variety!

Some of them are really sweet and peaceful, other have very poetic words, some other are cheerful and fun, some have a humorous touch, and some are lovely translations of international and well-known carols from all over the world that have however become an ingrained part of our own Christmas tradition.

So let’s celebrate together the Holy Season, but the Catalan way. Today I want to share with you my favorite Catalan Christmas songs and the stories behind them. I hope you enjoy them as much as I do. Merry Christmas!
BOOK YOUR PRIVATE BARCELONA TOUR FOR CHRISTMAS

These are our favorite Christmas songs in Catalan:

Some Catalan carols are very, very sweet, and this one is so sweet it’s also sang as a lullaby. The most famous of them is El Noi de la mare, whose origins aren’t actually clear, as it is possible that it started as a lullaby and eventually became a Christmas song.

There are records of it from the 1800’s, so it’s believed it was probably composed the century earlier, and there are similar songs in Galicia (North of Spain) where it’s sang in Gallego language, as well as in Argentina where there is a version in Spanish probably brought there by Catalan immigrants. The words of the song wonder what to bring to the “kid of the mother” (which is assumed to be Jesus), something that he’ll like: raisins, figs, walnuts and olives, and honey and cottage cheese.

Its very peaceful melody expresses the concern of the humble local peasants on what would be appropriate as an offering for the Son of Mary.You can here a beautiful version if it here. Another carol that is sang as a lullaby is La Mare de Déu.

Songs about Jesus, Joseph and Mary

There’s some very poetic Catalan carols that describe with beautiful words the birth of Jesus. El Desembre Congelat explains how the coming of the Lord is like the flowers of April after a frozen December, or the light of the sunrise after a dark night, and how we all should celebrate and join the Wise Men in their adoration.

Sant Josep i la Mare de Déu narrates the journey of Joseph and Mary to Bethlehem, their trouble to find a place to stay, the cold night and the final birth of their son, same as does the also very popular Les Dotze Van Tocant.

But if there is one Catalan Christmas carol that has reached an international level, this is definitely it. This song talking about the joy of nature in front of the birth of Jesus and how the birds celebrated it was chosen by the famous cello player Pau Casals to be played in his international concerts as a way to express his Catalan origin and catalanist feelings as opposed to the repression that our culture was suffering during during the dictatorship of Franco. 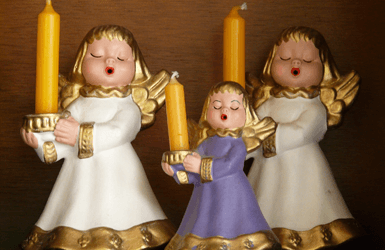 VISIT SAGRADA FAMILIA FOR CHRISTMAS WITH US

After the musician played it during a conference in the UN titled “I am Catalan”, the song became a cultural symbol of Catalonia. He also played it during the Presidential Inauguration of JF Kennedy. You can see Pau Casals playing it here.

Some of the most animated and fun Catalan Christmas songs speak about shepherds. Sometimes they are devoted people who bring presents to the baby Jesus, like the Pastora Caterina that brings him 3 oranges, some other times its instead down-to-earth men who have a hard time believing the miracle that has just happened (like Pascual from L’Àngel i els Pastors, that is mad at the angels that make noise in his yard announcing the News) or the Rabadà that is too lazy to get up and walk to the cave and complains about it.

But eventually they all join in to celebrate and that’s when the devil may appear to break the joy! That’s the story narrated by El Dimoni Escuat, a poor demon with bad fortune (so bad that he has already lost his tail in some past quarrel) that breaks into a nativity celebration and ends up running away from the shepherds that want to beat him.

So continuing with the shepherds carols, the most famous of them all is documented by folklorist Joan Amades as original from the 1500 or 1600’s and it even has an English version of the song, created by Alice Parker and Robert Shaw in 1953.

The word “Fum” that is repeated after each verse seems to evoke the smoke (“fum” in Catalan) from a fireplace or bonfire around which the story of the birth of Jesus is explained to a group of shepherds, while some other believe it is an onomatopoeia reminiscent of some musical instrument sound.

And we would believe it if we stuck to the first two and the final parts of the song. However… the central part of it might not be too appropriate for a kids Christmas song, and that’s why some people indicate that “fum” actually refers to something else.

AND BONUS! Are you curious to see how irreverent Catalan Christmas carols can get to be? Learn more about the dark side of Fum Fum Fum:

(DISCLAIMER: If you are very devoted and are likely to be offended by not very respectful words do not continue reading).

In the central part of Fum Fum Fum, the words start going a bit wilder, with even the mention of a very sexually active shepherd – although it is said in a quite archaic language that most current Catalan speakers will have trouble identifying correctly).

So what’s that about? The answer comes in the phrase “Qui dirà més gran mentida”, that takes us back to the Cançons de les Mentides (Songs of Lies) that were typically improvised in informal gatherings in the old times, and that would be mocking relevant characters of the local community by making up ridiculous stories about them (hence, the shepherd story). 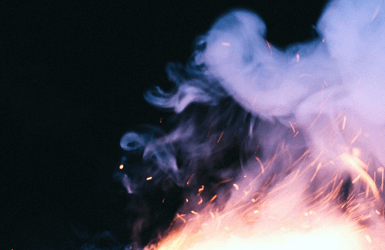 PRIVATE GUIDES THAT LOVE BARCELONA AND MAKE YOU LOVE IT TOO

If we are to believe that, then “Fum” wouldn’t be about smoke, but it’d come from the verb “fotre”, that translates into English with another F-word. OMG! How can that be true in a Christmas carol for kids? Well… mockery and scatology are very present in the Catalan culture (have you heard of the pooping man in our nativities and the Pooping Log that brings presents to our kids?).

But enough of being irreverent! Fortunately, the mockery in Fum Fum Fum, as I mentioned before, is not as easy to detect (most kids and even adults won’t get it) and the current words of this Carol sing mostly nowadays about Christmas scenes.

Had you ever heard before Christmas music from Catalonia?