Today we are sharing with you our favorite Barcelona airport transportation options:

Just inaugurated in 2016, this brand new line connects the airport with the University Zone (very convenient if you are staying near the FC Barcelona stadium) via the Fira II area. Then you can switch to the L· Green Line that takes you to la Rambla, Plaça Catalunya and Passeig de Gràcia – although it’s a long detour compared with the average subway rides in the city. The T10 card and the regular single tickets can’t be used to get to the airport: you’ll need to get a special airport single ticket or a multi-day pass. 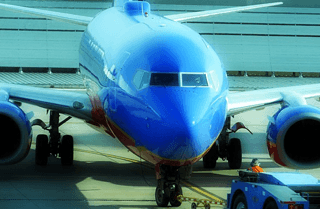 The Barcelona airport train departs every thirty minutes or so, from the station in Terminal 2 (free shuttles available from Terminal 1). It takes 30min to enter the city, and the trains stop in Sants Estació and Passeig de Gràcia.

If you don’t want to have to deal with non-English speaking taxi drivers (or too smart ones that will take the longest way to your hotel so the meter gets higher than it’d be), booking a private transfer is a more expensive but very convenient idea, and it’s the only way to get transfers from BCN to cruise ship terminal. Make sure that the company you choose uses only professional fully licensed and insured drivers with SP plate vehicles (SP stands for Servicio Público – Public Service)

Take a sightseeing tour from el Prat airport to Barcelona

If you are landing in the morning, it is very likely that your hotel room or apartment won’t be available until noon or later. Why would you waste your precious first hours in Barcelona lying in the coaches of the lobby when you could be starting to get familiar with our city? We can send a driver to pick you up at the terminal and then our guides will join you at the entrance of the city for a relaxed city overview ending at the hotel (or apartment or cruiseship). Starting your stay in Barcelona with a great tour starting at the airport is a very smart way to get in town.

AND BONUS! What about taxis? 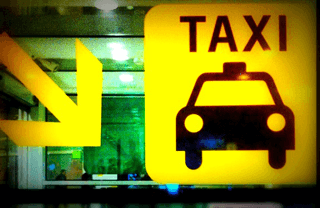 Taxis can be a good Barcelona transportation option if you are upto 3 people and don’t carry too much luggage (otherwise you might need to cabs for one single ride). There are lots of taxis waiting outside the arrivals terminal. A ride to or from the Prat airport is around 25-30 euro and there should be no extra fee applied for suitcases. Expect the ride to take around 20-30min.

What about you? Head to the comments and tell us: how are you planning to get from el Prat Airport to Barcelona?