NEED A HOTEL NEAR BARCELONA SANTS? WE HELP YOU CHOOSING! 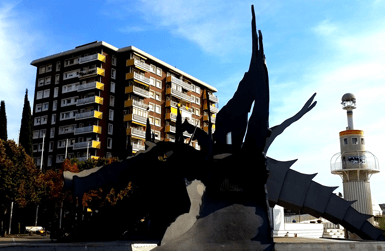 The Sants Neighbourhood, not far from the city center, is a good option to stay if you like to be off the beaten path. There’s the airport train, plus lots of buses and 2 metro lines that will get you quickly in the city center.

Almost a century ago, Sants was a village outside Barcelona, mainly inhabited by working-class people employed in its many factories. The main street, now a busy local shopping area, used to be the road connecting the town with Barcelona, and it’s a great place to feel the beat of the local life.

These are our favorite hotels close to Barcelona Sants station:

It’s a 4 star hotel near Barcelona Sants station, with 140 rooms decorated and furnished in modern style, comfortable and with all the amenities according to its category. The hotel features a Basque cuisine restaurant, Amalur, plus a gym with a fitness zone and massage service on request.

Just across the street from the station, their custom service is excellent, and they even have a tourist information office inside the hotel where you will be able to get all the information you need to visit the city. Don’t miss the terrace with an outdoor pool and wonderful views to admire the city while having a bite or a drink. 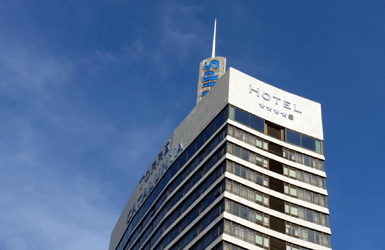 This skyscraper (or “tower”) offers great views over the city: A visit to its 360 panoramic view restaurant is a must, as it’s the higher panoramic restaurant in the city. And if you want to relax, the hotel has an SPA too.

A modern style hotel with 78 rooms . There’s wi-fi, TV, free safety box, a café and a gym. I would suggest asking for a room with views as they have some really good ones. Minimalist but comfortable with all necessary amenities.

This hotel with an avant-garde style stands out for its facilities and big rooms. The elegant hall is an example of its architecture style. The restaurant, The Nass City, offers international dishes and has a terrace. There’s a lounge bar, a gym and free access to computers.

AND BONUS! The hotel near Barcelona Sants Station is not just “near” but INSIDE the station: 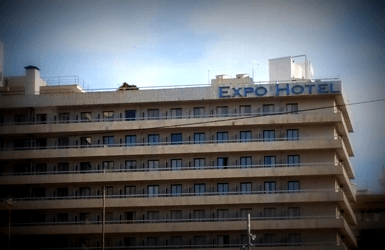 Indeed, this hotel is located inside the train station Barcelona Sants. Easy to leave the luggage if you arrive by train! Its style is extremely modern and futurist. The rooms are orbital with big picture windows and two hatchways: a galactic decoration as you if where in the space.

So what about you? Head to the comments below and tells us: Which one of these hotels near Barcelona Sants rail station would you chose and why?