GAUDI SITES OUTSIDE OF BARCELONA

Everyone comes to Barcelona to see the architecture of Antoni Gaudi. But what many ignore is that he also worked outside of the city, leaving some unique projects that remind hidden gems for most travelers. From unfinished churches, to mountain gardens, from industrial facilities to private homes for the wealthy. If you’ve already explored the Barcelona Gaudi Masterpieces, and you were intrigued to learn more about the artist, the next step is to go off the beaten path. Let us take you with us! 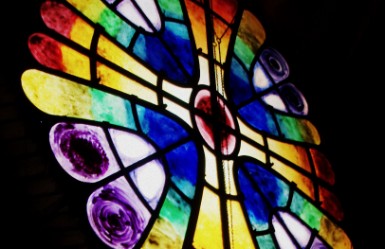 Gaudi’s patron Eusebi Güell, who also commissioned him the famous park in Barcelona, also asked him to design a church for the workers of the textile factory he owned in the Colonia Güell, nowadays just a 30min ride out of town. Unfortunately, the project couldn’t be completed and only the basement or crypt was done. Nonetheless, it’s large enough to act as a true church, and its inside is a marvel of inclined columns, ribbed arches and the colors of stained-glasses that remind you of butterflies. Here Gaudi tested his famous catenarian arches, that later one would become one of his signatures, and he took his creativity to the extreme recycling factory materials to decorate the building. We cover it in our Gaudi daytrips.

Not exactly a Gaudi “work” because he never built there, the home town of Antoni Gaudi can also be considered a Gaudi “site” since there’s a very interesting Gaudi Interpretation Center where you can go in depth in the architecture of the genius. Also, in the suburbs of Reus you’ll find the village of Riudoms where the Gaudi family house (Mas de la Calderera) can be visited on request. Did you know that there’s a controversy about where exactly Gaudi was born? The documents were destroyed in the Spanish Civil War, and while some state that he probably was born in the family home in Riudoms, some other say the mother was taken to her in-laws in Reus, and that’s why Gaudi was christened there (that’s the only documented fact we have: his christening certificate). 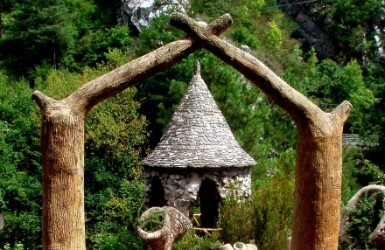 This industrial nave for a workers cooperative in the seaside village of Mataro, North of Barcelona, is considered one of the first works by Antoni Gaudi. Austere and functional, only its parabolic arches would ever make you think it’s a Gaudi work, as you won’t see here any of the elaborate and whimsical decoration that stands out in any other of his projects. It sounds weird, but… don’t miss the toilet building designed by Gaudi with creative ventilation solutions and, where he did use colorful tiles (but not yet his famous broken trencadis technique). Gaudi also designed a bronze bee, symbol of the cooperative, that reminded members of being active, work hard and persevere.

Eusebi Güell owned a concrete factory in the Pyrenees and Gaudi visited it to design a house for the mining engineers – the Xalet Catllaràs. Unfortunately, it’s been strongly remodeled now and it’s currently used as a summer camp center. However, some friends of the Count Güell living in the area, the Artigas family, asked Gaudi to design a garden around a mountain river in a real-state they owned nearby. The Artigas Gardens were built simultaneously to Park Guell, and both park projects share some common points even if they are essentially different. We cover it in our Gaudi Outside of Barcelona tour together with the Cripta Güell.

Only insiders know that there is a Gaudi site in the mountain in Montserrat, very close actually to the Monastery that thousands of pilgrims and tourists flock every day. Beside the Cable Car station starts a path leading you to the Santa Cova, the chapel where according to the legend the Montserrat Black Madonna was found. That path can be leisurely covered in some 45 minutes to an hour while enjoying the spectacular views of the mountain and the basilica, and it is decorated with sculptures representing Jesus stations of the cross. One of the stations, the Mystery of Glory, was designed by a young Antoni Gaudí. It consists in a group of sculptures and a small ceramic mosaic. If you are interested, we can take you there on any of our Montserrat tours (but we recommend you specifically book our Montserrat & Cripta Güell tour if you are a Gaudi fan!)

AND BONUS! Did Gaudi ever work outside of Catalonia? Spain? What about New York? 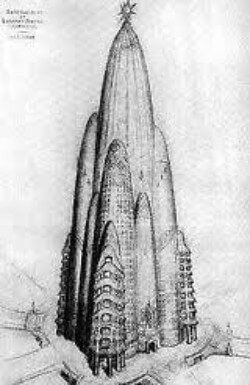 Gaudi in Spain (and a failed project in NYC)

Eusebi Güell was married to the daughter of the Marquis of Comillas, from Santander (Cantabria, North of Spain). That put Gaudi in contact with Máximo Díaz de Quijano, a wealthy bachelor for him he’d build a fun home: El Capricho. The Count also introduced Gaudi to some clients of him, that commissioned him the Casa Botines building in León. Just outside of this Northern city, in the town of Astorga, Gaudi also build a mansion for the local Bishop, but that was Gaudi’s own personal connection: the Bishop Grau was original from Tarragona, where they had met years earlier. That’s all the Gaudi projects outside of Catalonia. Only twice he was invited to work outside of Spain, but neither project took over: one was a pier for the port of CasaBlanca (Morocco), and the other was… a hotel in Manhattan! The building would have been a rounded sky-scrapper, but for some unknown reason it was finally not built.

So what about you? Head to the comments below and tells us: What Gaudi site in Catalonia would you love to visit and why?