My baby is almost 21 months old and she already loves horchata de chufa (or orxata de xufa in Catalan), a Summer drink favorite in Spain, specially in Valencia, where the drink is original from, and along the Mediterranean coast. White like milk, but not a dairy product, this refreshing beverage is made with tiger nut- which isn’t technically a real nut but a tuber. It doesn’t taste anything like milk either: it has a very special flavor that you either love or hate (and locals love). 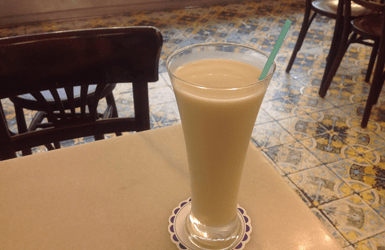 TRY ORCHATA WITH IN OUR SUMMER FOOD TOURS

In the Summer, it’s common to go on a family walk with the kids after lunch when the sun isn’t that hot: one day you’ll go for gelato, one day you’ll go for horchata. Or since many horchata places also sell their own gelato, so family members might get one thing, and the others the other. I also love to order orxata when I’m seating with friends at some outdoor café, instead of having coffee or beer.

However… sometimes you don’t get real horchata but an industrial version of it with loads of sugar – yuck! So if you if you are already wondering “Where can I buy horchata, then?”, keep reading today’s post.

This is where we go for orxata in Barcelona:

Speaking about horchata in Barcelona is talking about Tio Che. Joan and Josefa were a young couple of immigrants from a little village near Alicante that came to Barcelona in 1912 hoping to get in a ship that would take them to Argentina where they trusted they’d have a better future.

The wait to get a passage was long, so Joan made some horchata out of the few tigernuts they had brought with them, and started to sell them in the streets to make a living, saying “Che, prova!” (Hey, taste this!). The years passed and they were still waiting to get ship passages.

Eventually their son Pere Joan got married and opened his own horchata business in the Poblenou district: Tio Che, and since then 5 generations of the same family have taken care of it with pride. They have always long lines that anyway move fast: in the Summer people comes for their orxata and ice cream, in the Winter for their turron nougats and their generous sandwiches.

Said to be the oldest Barcelona horchateria, it was founded in 1910 by the Cortés family, and since then it’s been run by 4 generations already and it has given place to two more food brands owned by their family: Parami, with a shop next to La Boqueria market selling nuts and spices, and Severino Cortés specializing in cakes and bakeries.

You’ll still find them at their original location at the beginning of Aribau street, around the corner from the Barcelona University and just a few blocks from Plaça Catalunya – a very central location! You’ll also find there ice cream, sandwiches and turron made also by them.

In 1920 Tomás Sirvent, turron maker from the famous turron town of Xixona (where the soft almond turron comes from) moved to Barcelona to open a business in the Gothic Quarter, than his son would later on transfer to their current main headquarters in Parlament street (they also own a second venue in Balmes st.). 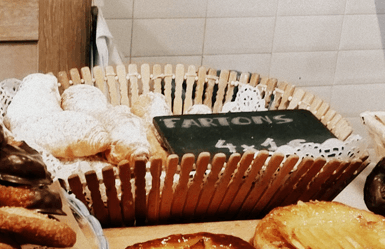 But turron is a very seasonal product, as Spaniards buy it only for desert during the Christmas season, so they needed to broaden their offer to include Summer products, and soon they got a great reputation for their ice cream and their horchatas (being from Xixona, near Valencia, it was just natural for them to start producing it).

By the way, there is another Orxateria Sirvent in Escorial street, but it’s not related to them (although it’s a very popular place packed with Gracia neighbors). In both places you’ll be able to order some typical fartons to go with your drink.

Enough of old horchata places, let’s go for something more modern now: Bodevici is an organic chain of gelato and yogurt that in the summertime also offers horchata made with organic tigernuts. People with special diet needs will be glad to find there vegan, gluten-free, sugar-free and lactose-free treats as well, and all of the delicious – not for nothing the name of the shop translate as “viciously good”.

You’ll find Bodevici in Torrijos street, in the heart of the Gracia district and very close to another famous gelato place: the Italian Gelateria in Plaça de la Revolució, but their products can also be found in organic and gourmet stores.

This last pick might not be as famous as the others, and it’s a much more humble family-owned gelato place with kind of dated decoration, but I’m sure it’ll be very convenient for you to know about it as it’s located just one block away from the Sagrada Familia Church in the corner of Sicilia and Provença streets: perfect for a stop after touring the church.

They have nice ice cream, but their orxatas are even better! I sometimes go there to buy a liter of it to bring home after my tour is over, and I make my husband the happiest man in the world.

AND BONUS! Can you can buy orxata in supermarkets? Is it worth it? Share this post using the buttons below to read our thoughts:

In the summer it’s easy to find industrial horchata in the supermarket lines, however, most of them taste pretty different from the original one (way too sweet), and if you read the ingredient lists you are likely to find that they incorporate milk or milk protein, preservatives and other foods that are not part of the original recipe, which is just tigernuts, water and sugar (lemon or some almonds are OK for and added touch of flavor).

True orxata is lactose free and vegan, so you rather head to one of the places in this listing to make sure what you are about to drink is totally natural. Or if you are going to buy your orxata in a supermarket, choose one that has the least additions: some brands have premium versions that are closer to the real thing. And remember to keep it in the fridge if you don’t finish it up: it goes bad really quickly. 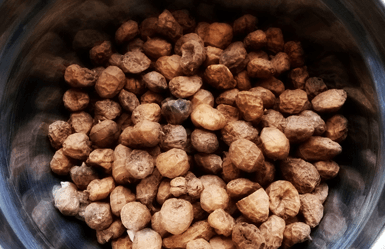 What is your favorite Barcelona horchateria?