Time for another interview of one of our guides! Today we want to introduce you Pepus, a fascinating tour guide that combines experience, savoir-faire, knowledge and a taste for the little pleasures of life – and that shows in his tours!

Pepus studied Tourism in college and when he was just 17 years old he heard a company was looking for tour escorts to lead groups around Europe. He says he hadn’t “heard the call yet”, meaning he didn’t think it’d become his passion, but it did! He spent 20 years leading groups and when Barcelona held the Olympics in 1992 he saw it as an opportunity to settle down and sleep every day in his own bed, not in unknown hotel rooms. So he became a local tour guide, and lived first hand the transformation of the city and how it has become a world-class tourism destination since then. It’s hard to believe that there was a time when people didn’t know anything about Barcelona! He recalls that British major that he received at the airport and took to the Hill of Montjuic to enjoy the city views, and when the gentleman saw the size of Barcelona he exclaimed: “Oh blimey! I thought that Barcelona was a small fishing village!” LOL 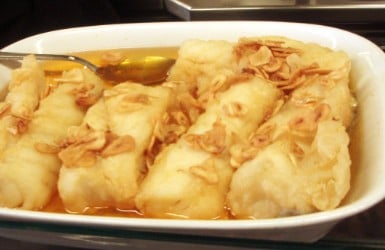 Let’s get to know more about Pepus, now!

What is your favorite tour? I have lots of fun giving food tours, as I’m in love with the Boqueria Market. It offers me the possibility of discussing many different aspects of the local culture and gastronomy, starting from the delicious salted cod that used to be the only way to get fish protein to the countryside because almost miraculously when it’s left soaking in water becomes the base of great dishes (esqueixada shredded cod salad, brandada cod mousse, baked bacallà a la llauna…), then discussing the different varieties of Spanish Ham and why some cost as little as €50/kg and other are over €250, all the way to the large variety of local mushrooms. I love teaching my guests how to tell apart the authentic stalls from the tourist traps. Or how you shouldn’t let yourself be enticed by large shrimps, because the small ones are often better. My goal on food tours is to have people dare to trip things they’d never have thought of, and then see how they become big fans of these new flavors.

What painting do you have most fun explaining? Definitely the Meninas by Picasso. The original Meninas are a masterpiece of the Spanish Barroco by the artist Diego Velazquez, a mirror-painting where for the first time in Spain an artist changes the perspective and paints what his characters are seeing rather than what he sees himself. Extraordinary enough to get a genius like Picasso obsessed about it! So obsessed that he spent months and months doing over 50 versions of that very same painting! From all of them my favorite is the only one in black and white, the largest of the series, because without it you can’t understand the rest of it. Actually, the Picasso Museum of Barcelona hides many other surprises: my other favorite painting is Science and Charity, that allows you to discover the Picasso before Picasso.

What question do you get asked most often? People asks a lot about siesta. I then explain them that that was a tradition born out of necessity in the South of Spain, when working under the hot sun of midday was too hard for peasants, that would then stop to eat, catch up with sleep since they had woken up really early to start working with the first sun rays, and when the heat went down they’d go back to work in the fields until the sunset. You do see small stores closing in Barcelona for lunch break – but the reason is different. Here we had a long tradition of family-owned businesses, and in the times when refrigerators didn’t exist, they had to close the shop to go to the market to shop for groceries, go back home, cook, eat and go back to work. Such long break would then allow them to stay open until as late as 8PM, so office workers could go shopping on their way back home. 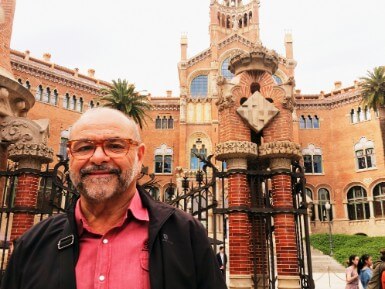 What’s your favorite thing to explain on a tour? Well, it’s not a “thing” exactly: I love unfolding who Gaudi was to my guests. Gaudi and his works are what makes Barcelona stand out, since all other European capitals also had Romanesque, and Gothic, and Renaissance, and Baroque… But no one else has Gaudi. And I love to make people realize that he was like a genius of the Renaissance, and that beyond his aesthetics (that you might like or not, but that’s a question of personal taste), he was able to correctly calculate and build structures that would have been deemed impossible in this time, when there were no computers yet. My goal is that by the end of my tours, my guests understand this and much more.

What’s your favorite tradition? I’m a Christmas person, but not the classical Christmas person that loves Christmas decorations and Christmas presents. I love the playful side of Christmas: meeting friends and relatives for hours without worrying about the clock, to just eat and drink and be with each other. To me, Christmas starts with the many lunches and dinners with colleagues and old friends, then continues with Christmas Eve when our family makes the log poop. In Catalonia we have two holidays in a row, which is very practical since this way we can spend Christmas day with one part of the family and St. Stephen’s Day (on the 26th, Boxing Day) with the other part of the family, then the next year we switch. I love this leisurely pace: no hurries, just food, friends and family.

And BONUS! Here is Pepus favorite dish that you shouldn’t miss (and his secret ingredients for it): 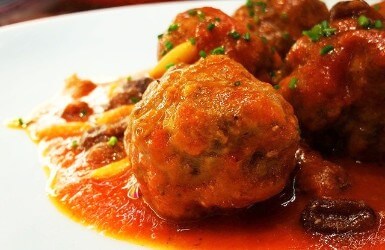 What Catalan recipe do you recommend to our readers? Squid with meatballs! (sípia amb mandonguilles in Catalan). Surf and turf dishes, those combining seafood and meat, are very common in the Catalan cooking, and this dish also adds vegetable produce such as onions, tomato and leek to the flavors and textures of squid and pork. I precisely cooked them yesterday for lunch – it’s not too difficult to make, really. But to make it really tasty you need to use some secret additional ingredients. The main one is adding the squid spleen – its brown liquid confers it a wonderful taste! I also like to add a bit of cinnamon, a chocolate bar and a drizzle of Marie Brizard anisette. Yum!

So what about you? Head to the comments below and tells us: What question would you like to ask Pepus?