Barcelona Nightlife – Everything You Need To Know About It

Barcelona Nightlife – Everything You Need To Know About It

WE TELL YOU WHERE TO FIND THE BEST BARCELONA NIGHTCLUBS​

Nightlife in Barcelona doesn’t start until midnight, but it keeps going until sunrise. Sounds like a plan? Well, the truth is that most Barcelona nightclubs start opening around 10pm, but unless it’s a venue by the beach (i.e. that tourists can easily find), it won’t start getting busy with locals until that late. Because locals start having dinner around 10pm, then go for a drink, then and only then, they head for the clubs. And no one wants to be alone at the dance floor waiting for your friends to appear one hour later! 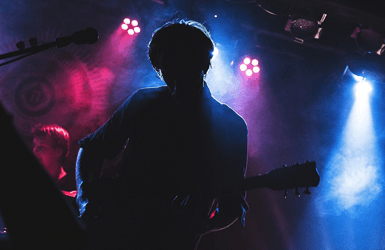 WHAT ABOUT A PRIVATE EVENING TAPAS TOUR?
The good thing is that showing up early you usually get cheaper tickets (or even get in for free, if you are a lady). A good idea is to find a place where they serve dinner or at least drinks before the Barcelona nightlife starts: this way the venue is never as empty as if it was only a dance club that just opened. In any case, we want you to experience what the Barcelona nightlife is, so today we’ve selected the top Barcelona nightclubs for you.

Here is where you will find the best nightlife in Barcelona:​

CDLC stands for Carpe Diem Lounge Club, that is the Enjoy the Moment Lounge Club. Enjoy dinner while feeling the sea breeze, and when you are ready, just jump to the dance floor and move your body to the rhythm of R&B, house and electronic music. Its VIP area is often frequented by models, soccer players, jet setters and yacht owners.

One of the most famous discotheques and concert halls in Barcelona. It has 5 different rooms, each one for a different style of music, from Indie pop to dance and live music. It was built in an old factory in the industrial area of Barcelona, and its façade has become a symbol of the Barcelona nightlife. Some of the wildest concerts take place here.

Over 30 year offering the best Barcelona nights, the Sala Apolo has earned its fame. They offer live concerts during the week: classic music in the morning and pop, rock, folk, hip-hop, funk… at night. On weekends, starting on Thursdays, after the live music concert the dance floor is dedicated to electronic music (which contrasts strongly with its old-style theater decoration). 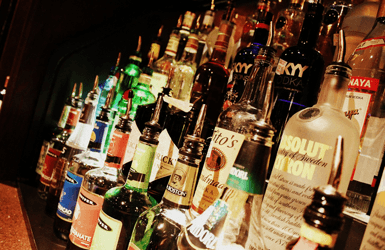 NO WAITING IN LINE AT SAGRADA FAMILIA WITH US

A multi-purpose venue frequented by well off people in their late thirties and older. There is live music every day, and occasional entertainment shows such as magic or stand-up comedy. Luz de Gas was a cabaret called Belle Époque, and they have maintained all its rococo decoration and style, worth going in.

Inside the Spanish Village, it’s an open-air club well-known for organizing big summer parties and for being one of the largest clubs with international DJ’s playing every weekend under the stars. In 2010, it was awarded with the 44 place in the ‘DJ Mag Top 100 of the World’s Best Clubs’. Only opened during the weekends of summer nights.

AND BONUS! One of the best Barcelona nightclubs that has also impressive views over the city:​

Located in the 26th floor of the W Hotel (the sail shaped building), it is one of the best nightclubs in Barcelona, and one of the few with spectacular night city views. A chic and modern club where you can enjoy some classy snacks and cocktails while watching the sea and the city, enjoying the music, seeing people and being seen. It has become a reference for chic nights in Barcelona: smart dress code is required. Perfect to spend a magical night at the dance floor with the best DJ’s of house R&B and mainstream. 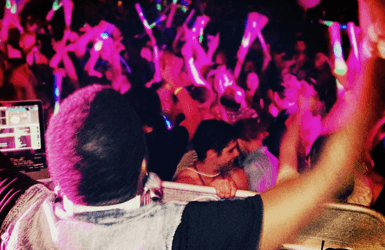 What’s your experience of the Barcelona nightlife?​