WHAT IS THE SPANISH SCHEDULE FOR…? 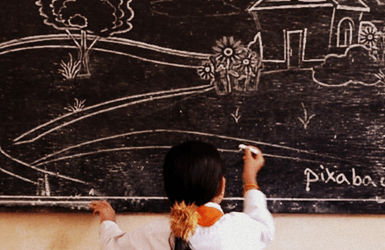 Many people visiting Spain for the first time are challenged by the local eating, working and shopping hours: they are so different from what they are used to at home! It’s easy to find shops closed during lunch time or banks closed in the afternoon, or restaurants closed before 7 PM.That’s without talking about our meal times, that are so late compared to most of the rest of the world.


And guess what? It seems like it wasn’t always the same. During the Spanish Civil War, the soon-to-be dictator Franco decided to change the Spanish time frame, that should naturally be that of London, to the one in Berlin since the nazis were his allies, one hour later. And while other countries did it too, everyone else reverted to their natural sun time frime after World War II was over… except us.

So today we want to give you an orientation to help you planning your activities for the right times and schedule your trip properly.

These are the most common opening hours:

Spanish children start the school mainly at 9 am, although some schools allow you to drop them off as early as 8 am if needed. They stop for lunch for bout 2 hours from 1 pm to 3 pm (so there is time to go home and eat with their parents without rushing, or if they stay in school they are given one hour to eat and one hour to play before going back to the classroom. Lessons are over around 5 pm, although that changes depending on the school. High school kids usually go from 8.00 am to 3 pm and have the afternoons free so they can (supposedly) study at home.

Banks open around 8.30 am and close at 2 pm. In the afternoon they are closed, except some banks that open once a week from 16.30 to 20 in winter time. They are also closed in the weekends (so make sure to change your currency before Friday lunchtime!). Customer service phone numbers are usually available in the afternoons, too, and some of them even during the weekend (although that’s convenient for the locals, but probably not for you). 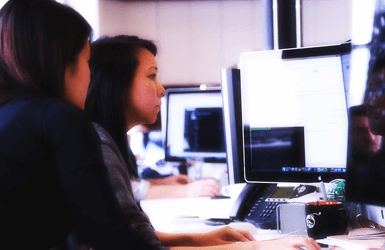 Usually shops open around 9 and 10 am, although bakeries or press kiosks might already be open at 7 or 8 am. Large stores in big cities and tourist areas don’t usually close during lunch time, but little shops from non- touristy neighborhoods or towns usually close at 1pm or 2pm and open again from 5 pm to 8pm. On Saturdays most shops are usually open (at least in the morning), an on Sundays they are closed by law except for some special weekends during Christmas time and the sales season. BTW, locals will get mad at you if you dare mentioning that shops close in the middle of the day for “siesta”: siesta is such a huge stereotype! People don’t have time for siesta unless it’s the weekend or they are on vacation (and even then, the majority of Spaniards don’t take siestas anymore). However, meal times are SACRED: everyone is eating from 2pm to 3pm, and after that there is plenty to do at home until it’s time to pick up the kids at school, so why should a small business owner bother opening during the low business hours if no one will come shopping anyway?

The subway is open from Monday to Thursday from 5am to midnight (12am). On Friday and days before a local holiday it stays open until 2am. On Saturdays it is open all night long until Sunday at midnight again. In some local festivities such as Sant Joan, the Gràcia Festival, the Mercè celebration or New year eve the subway is open all night long. Bare in mind that the official closing time indicates the time when the last train depart the end stations in each line: you might still be lucky and catch it a bit later if you are moving between stations in the middle of the line (but there won’t be time left to change lines!). Also, take into account that stations with several different access might close some gates earlier, so you need to find the one that stays open until closing time.

Offices in Spain usually open from 8am to 2pm, then close for lunch, and generally they open again around 3pm or 4 pm until 6 or 7pm. However, this is only a guideline as each office chooses the schedule that fits best their business. In summertime many offices change to an intensive schedule and open for example from 8 am to 4 pm, so they can stay closed in the afternoons. That makes their workers pretty happy… but customers don’t always appreciate it as much!


AND BONUS! What’s the Spain schedule for restaurants? 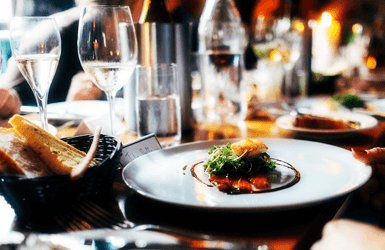 Restaurants can cause most problems to travelers when they try to eat around the same hours they’d be eating at home. Usually restaurants start serving lunch at 1pm and until 4pm, and start serving dinner at 8 pm until midnight or 1am. These schedules are thought for Spanish people who usually eat lunch around 2pm and have dinner past 9 pm, later if they are going out for dinner with friends (then midnight will be time for a drink, and the dance clubs won’t start getting full until around 1am – but we usually only do that on the weekends… But don’t be scared: if you don’t think you can wait until that late to eat, it’s also possible to find a few restaurants in Barcelona that open early, don’t close after lunch and serve meals all day around. You can check in this post our favorite restaurants that don’t stick to the Spanish schedule.

So what about you? Head to the comments below and tells us: How different is the Spain schedule to your own countries and why?

1 thought on “WHAT IS THE SPANISH SCHEDULE FOR…?”