SINCE 2006 MAKING BARCELONA COME TO LIFE FOR YOU 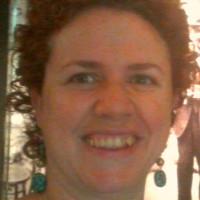 My name is Roser and I’m Marta’s oldest friend.

I’m from Barcelona but I left the city 16 years ago to live in the countryside. However, my hometown still looks to me like one of the most beautiful in the world. That’s why I love that so many people want to visit it and choose the fantastic team of ForeverBarcelona to do so.

I studied Librarianship and Documentation in university and I have continued studying different cultural subjects. I have worked both in customer service positions and in information management.

In ForeverBarcelona I am in charge of answering our clients’ emails and other administrative tasks while I can balance it with my family life and writing in the media.

My first memory of Roser is being invited to spend the night over her house when we were still in pre-school. She lived in a vila in the Collserola hills and they had hens, and turtle doves and geese and a beehive. It seems I was disappointed they didn’t have cows… LOL

We were close friends since then, from pre-school through high school, and even if we went to different universities we stayed in contact through college and later on as we built our own careers and families.

Back in high-school we both had chosen to study French as a foreign language because we had the French teacher in high value, and I studied English in a language school. So when my previous Bookings Manager left, I was surprised to learn that these last years Roser had been studying English and now had the level I needed to answer our emails at ForeverBarcelona.

Nevertheless, Roser had to go through the same tests and interviews I made other applicants pass, and she was as successful as other people with experience in Tourism. So of course I hired her! And I couldn’t be happier.

She speaks English and French

SAVE & ACCEPT
Scroll to Top