The Sant Joan Festival Is Coming. Are You Gonna Miss It?

Fireworks are a symbol of festivity, and they are culturally related to fire, which is why they have become an important part of the Feast of Saint John. Families will buy fireworks, firecrackers and sparklers and enjoy playing with them and watching them. 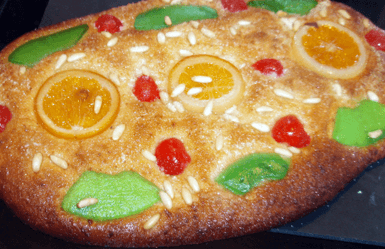 TASTE COCA IN OUR PRIVATE FOOD TOURS OF BARCELONA

The Sant Joan Festival (revetlla de St. Joan or Nit de Sant Joan) takes place in the evening of June 23rd and is celebrated all around Catalonia. The night of San Juan Festival is the summer solstice, the shortest night of the year.

Families will get together for dinner: it’ll be an informal but fun one with lots of finger food and maybe some delicacies to make the menu a bit more festive, but it’s not as formal as a Christmas dinner, for instance. When possible, people will choose to dine outdoors, as the weather starts being nice and there will already be the first fireworks crossing the air.

After dinner will be time for some more party, as people goes meeting friends to keep celebrating until late, because while it’s a family celebration with lots of traditions to follow, young people also take the opportunity to go out and go partying – it’s almost like a Summer New Years Eve! Let us show you how you can participate in the St John’s Events if you are in town when it happens!

Here is what to do during the feast of Saint John:

The arrival of the Canigó Flame

Canigó is a French mountain symbol of the Catalanism in the French region. Every year a a bonfire is lit there, and its flames will be delivered from the Canigó mountain to many villages and towns in the Catalan region.

The tradition started in 1955 when a Catalan hiker decided to set some bonfires from this flame, that had already been traditionally lit for ages. Nowadays the flame is sent to over 30.000 bonfires around Catalonia: there is a whole organization to get permission to collect a flame and a set of safety measures to ensure everything will be fine as the fire is taken to each village or town.

In Barcelona is received with a big party in Plaça Sant Jaume in front of the City Council by the municipal authorities. After that, representatives of each district of the city will take some of that fire to start bonfires in their own neighborhoods.

The origin of the bonfires of Saint John is pagan: it’s said that the fire and the flames keep the bad spirits away. Although it was forbidden during centuries to start bonfires within the Barcelona old city walls because of the danger of causing a fire that would burn the entire city, the tradition was kept alive in the villages where all year around families kept wood materials such as old furniture that was not needed anymore to feed to their bonfire.

Youngsters will jump over the fire for good luck. In Barcelona the city council enables now safe areas to start district bonfires, but people are not allowed to make their own family one, and they are usually heavily protected so it’s not possible to jump over them either (anyway, the flames rise so high you wouldn’t want to try, either). Check the local press of the day to discover where is the closest one to your location.

However, I must say there won’t be as many as you’d see for instance on a 4th of July in the US: we get to enjoy professional firework shows other times of the year (mainly during the La Mercè Festival in September, during the International Firework Contest and the Piromusical show), so most people don’t spend in beautiful fireworks much: people prefers really noisy ones – which is why usually cats and dogs hate that particular evening. In any case, the best place to see them is along the Barceloneta beaches.

All festivities have their own gastronomy elements, and for Sant Joan we eat coca for dessert at the end of the dinner and as a pick-me up during the rest of the night when we are partying. It is a flat bread cake topped with pine nuts, candied fruit or cream, that can be bought in most bakeries and cake shops.

You can buy it pretty much all year around, but for Sant Joan they produce many more units knowing that locals will flock to the bakeries to buy for their families. As it couldn’t be otherwise, it’s paired with local Cava (the Catalan sparkling wine, produced in the area).

Locals consider the feast of Saint John kind of the equivalent to New Year’s Eve in the Summer. Many nightclubs will be organizing special parties that will last until the sunrise. If you are planning to attend, make sure to buy tickets in advance (it’s usually cheaper, and it’ll avoid you the pain of choosing a venue when you are not familiar with them yet).

The ones by the beach (Choko, CDLC…) are everyone’s favorites – but take into account that locals won’t start showing up until at least 1AM (before that, it’ll be only tourists). So make sure to plan for a late dinner followed by some drinks somewhere else before going dancing.

AND BONUS! Here is how locals like to end the Sant Joan Festival

Bathing in the sea and eating churros

After a long night out partying, the tradition says you should go see the sunrise to the beach and get in the water with the very first sun rays for good luck. Bonus if you do it naked (since it’s relatively dark and most people are kind of drunk, no one will care if you do, lol). After that, many will head to the Old Town for a comforting cup of hot chocolate and churros before going to sleep. A sweet and fulfilling reward for having stayed up on the shortest night of the year. 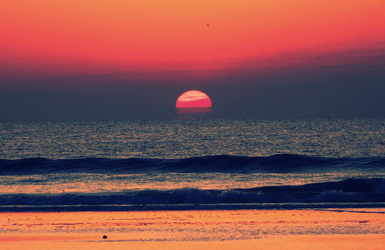 SKIP LINES WITH YOUR PRIVATE TOUR GUIDE AT SAGRADA FAMILIA

Are you going to participate in any of these Saint John events?