Should you learn Spanish online before traveling to Spain? 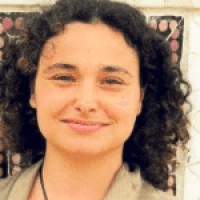 How a spanish course online can transform your vacation

I’m reading your mind now, and I hear “I’m not learning Spanish now, at my age, no thanks”. But believe it or not, NOW is the best moment there’ll be to add a new skill to your curriculum. And not because of work, but because of your future travel.

For good or for bad, the COVID crisis has us confined at home for longer than we’d want to. And even when our local government isn’t forcing us to stay at home, we don’t get out as much as we did. We spend much more time at home that we did… As we wait for things to get better. And then you’ll want to travel. And you’ll want your trip to be much more meaningful than it ever was.

How do you do that? Connecting with locals, of course! And you’ll have all the opportunities in the world… if you can communicate in their language. I’m not telling you to be fluent. But just with the basics people will open up much more than you think. I’m telling you from my own experience as a polyglot: the most arrogant locals in the world, Parisians (you guessed right!), loved me because… I spoke French! Ok, it’s true. I spoke it really well – But Spanish-speaking people are way less demanding with the language level… 😉

Undeniable reasons why Spanish language courses are great for travelers:

The world has gone online. Gone are the days when you had to show up at a brick and mortar language school twice a week and take months or years before you could start expressing yourself confidently. When you sign up to a Spanish course online, you have no schedules. You can study as fast or as slowly as it fits you. You decide the speed of your progress.

And you can work on your Spanish anywhere you want. Studying from home, lying on the sofa with a hot cup of coffee and a cozy blanket. Or in your studio. Or in the library. Or on your commute. Or in a café. If there’s wifi, your portable language school is open!

And hey! What about the long hours sitting in a plane on an overnight flight, unable to sleep? Yep! Practicing  the words and expressions you know you’ll be needing soon is perfect to feed those anticipation butterflies in your stomach that appear at the beginning of a trip.

There’s almost 47 million people in Spain. And EVERYONE speaks Spanish. Sure, there are other languages spoken in the country: Catalan, Basque, Galician and a handful of very local lingos. But EVERYONE learns Spanish at school and are completely fluent and capable of speaking it.

Don’t be afraid of insulting people by speaking Spanish to them instead of their local language (just don’t call it a dialect, which would be indeed offensive). If you could speak Catalan to someone in Barcelona they’ll definitely be thrilled, but they’ll still be nice to you if you speak Spanish. They won’t expect you to speak Catalan if you don’t live there. They’ll think it’s adorable that you are trying to communicate in their other mother tongue.

Of course, you’ll cross people that think YOU are their opportunity to practice their English, LOL. But stick to Spanish as long as the conversation makes sense, and only turn to English when what you need to express is beyond your language level.

And after visiting Spain, you’ll be able to travel to all those exciting countries in Central and Latin America where they also speak Spanish. With different accents, and maybe a handful of different words and expressions. But can an American and a Brit understand each other? Of course! (well, I mean, in general, we all know some people have really closed accents – I’m looking at you, Scots and Appalachian!).

So learning ONE type of Spanish opens you the doors to a total of 20 countries where Spanish is their official language. Now, that’s a lot of travel ideas!

How tricky it is to order food from a menu in a language you don’t know? Well, you might be lucky and your waiter might speak English (and have enough time to explain the dishes). But more often than not you aren’t in for a great culinary experience when you don’t know how to order what you want.

And it is true that many restaurants in Spain have their menus translated to English. But… can you trust them? Holy Google Translate can lead to tragic translations… Because would you ever order “Killed with honey”? That’s a real (bad) translation for “Mató con miel” or “mel i mató”, a Catalan dessert made of cottage cheese topped with honey. And you probably don’t fancy cannibalism, do you? That’s what you’ll think when you see “Sausage and Jews” as a menu option (because “judías” in Spanish can be Jewish ladies, but they mean “beans” in this context…). And how disappointing to order “Cooked Lions” and be served a regional stew (Cocido Leonés)…

Or maybe they asked a friend to translate the menu… and it has critical typos. Like… crap instead of crab. No comments, right?

Finding your way around is one of the challenges we face when we travel. Googlemaps has come to make things easier, but you’ll still have to ask for directions at some point of your trip. The thing is that being able to read street signs could make this job much less daunting. And thanks God, asking directions is usually part of any elementary language course.

One more benefit of learning Spanish for travel: you’ll be less likely to be scammed by a taxi driver. They are not supposed to cheat but… some do, when they see the opportunity. English-speaking people are an easy target: they clearly don’t know their way around, can’t read street signs… But if you can communicate with enough confidence, they won’t want to risk it. So do rehearse your taxi conversations!

BTW, I actually have a post that will help you understand how taxis work in Spain that you might want to check out.

Not to talk about those stressful moments that we hope never to have to cop with, but they do happen. Like presenting a theft report at the police station, or finding the right meds at a pharmacy, or being caught up in a demonstration… All of that is less scary when you can understand what’s going on and you can make the others understand your situation.

In the other end of the spectrum, is the fact that locals are less likely to open their doors to you if you don’t speak your language and they don’t speak yours. But there are those magical moments in travel when a casual conversation at a bar counter turns into an invitation to join a family meal.

I remember once during lunch at the end of one of my Wine Tours, my guests and I ended up chatting with the owner of a nearby cellar. I’d never met that guy before but I could tell he was trustful. He invited us to visit his winery after lunch. Our tour was pretty much over, were were heading back to Barcelona after lunch. But the driver couldn’t stay because he had another service later, and I had a family appointment too.

So the guy said his daughter was driving to Barcelona later that day and she’ll give them a ride. My guests were thrilled. We dropped them off at the cellar and left. When I checked on them the next day, they had had a memorable time. Nothing of that would have happened if they hadn’t been able to  COMMUNICATE.

But is learning Spanish online still worth it even if you don't know when you'll be able to travel again?

Languages are always a bonus

Think of all the Latin immigration living in the States now. Most make the effort to learn English, but you are still likely to cross someone who can’t speak it yet. I’m not saying you should bend your knees, I’m saying that speaking another language can certainly spare you problems or awkward situations at some point.

And between you and me: what about gossips? Can you imagine overhearing someone else’s conversation when they think you can’t understand them?

Another bonus of speaking many languages are Google searches. For instance, I write my searches in English when I’m looking for vegan recipes (because vegan are still a minority in Spain, but not in the US). But I search in Catalan for local information. And in Spanish for other random stuff. As for you, speaking Spanish will definitely help you find important information to plan your trip that might not be translated to English.

Finally, of course, your professional opportunities will broaden when you reach a certain level of fluency. But compared to learning a language for the sake of travel… who cares about work?

And you? Would you consider taking a Spanish course online to travel?