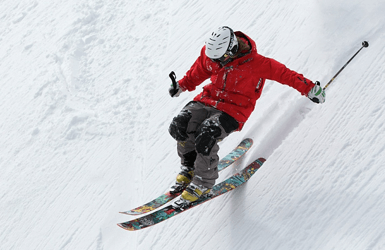 When you think about a Barcelona vacation, you are likely to imagine architecture, good food and maybe the beach. But did you know the Pyrenees mountains are close enough to allow you to go skiing for the day? Yes!

The season depends a lot on the weather, and it can start as early as beginning of December on a good year (Spaniards will then take advantage of the La Purísima and the Constitution day bridge (December 6 to 8) to head to the mountains and may even last until beginning of March, January and February being the best months. Catalonia features over 400 miles of ski slopes spread around 16 ski resorts (10 for downhill ski and 6 for cross-country).

The closest ski resorts in Catalonia are just some 90 minutes drive from the city, and they feature relatively easy tracks great for families. The further you go, upto 3 hours drive, the more exciting and challenging they get. Some of them can be easily accessed by some kind of public transportation, while for other you’ll need to rent a car (don’t be afraid: the roads are much better than you’d think).

So if you are curious to know where you can go skiing in Barcelona, don’t miss today’s post.

These are our favorite ski resorts near Barcelona:

This is the highest resort in Catalonia, with a maximum high above sea level of 9025 feet, and it features 47 slopes (most of them red, but also some green, blue and black), and a dedicated track for sleds. The valley is oriented to the North face of the Pyrenees, what guarantees an extremely good quality of the snow, and breathtaking views over the Aneto and the Cadí mountains. Besides skiing, you’ll also be able to visit the Romanesque churches of the Bohí Valley, declared World Heritage by the Unesco. For all of this, and because there is no public transportation to get there and you’ll have to rent a car, you might want to plan to stay overnight in one of their 6 hotels (one of them, with a Spa). The advantage is that precisely because of this this resort is never crowded and you won’t waste your time waiting in line for the drag lifts.

Two resorts in one, a cable car connects the ski resorts of La Molina and Masella allowing you to use both with one single forfait. A total of 126 ski slopes (mostly blue and red), one sled track, 3 snow parks, one superpipe, 2 tubbing facilities, one ice ring, 2 snowshoe itineraries and 13 slopes open at night. How does it sound? And when I tell you they are located at a mere 2 hours drive from Barcelona it even sounds better, doesn’t it? If you don’t want to drive, there is a bus service with pass included for both resorts. Or if you prefer to just stick to one area, La Molina offers more services and has housed international competitions, while the Masella slopes run across impressive forests. There’s also a bus with single-resort pass departing from Barcelona. 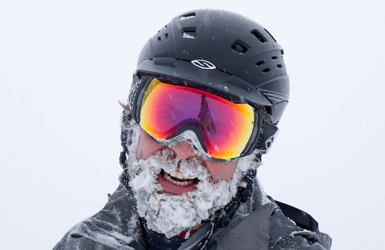 Wouldn’t it be convenient to get to the mountains by train? The Regional train takes you to Ribes de Freser in 2.5 hours, then you switch to the rack train that slowly climbs you across an impressive scenery to the Valley of Núria (there is no road taking you there: in the winter it’s the only way to get there – in the Summer there’s a 3 to 5 hour long hiking path open). You’ll find there a resort specially great for families and beginners, and people wanting to enjoy a relaxing day in the snow. It features 11 slopes (only two of them black), 3 sled tracks, 2 snowshoe itineraries and one cablecar that takes you to the Pic de l’Àliga hostel on top of a nearby hill, with spectacular views. It’s also one of the few places in Spain where licensed scuba divers can practice under-ice diving. We recommend this excursion that includes round-trip bus ride and rack train, plus one of the snowshoe itineraries.

An what about skiing somewhere with views over the Mediterranean sea? That actually happens in Vallter 2000 where from 8,317 feets over sea level you get to see the bay of Roses and the Creus Cape in the distance. A quite unique experience, I tell you! The other unique characteristic of this ski resort is that it is possible to combine downhill and cross-country ski and snowshoes thanks to their “up and down” philosophy, where the 18 downhill slopes (green to red – no black) and the 7 cross-country tracks are connected. It’s a 2.5 hour drive from Barcelona and you’ll have to rent a car to get there: I’m afraid there is no public transportation available to take you there (unless you want to take the train to Girona, then connect with a seasonal Skibus). A very recommendable resort for families.

Many Catalan people will go abroad to ski for the day or the weekend. And we are not talking the Alpes, not even the French Pyrenees (that are mostly good for cross-country): we are talking about Andorra, a small independent country between Spain and France, up in the Pyrenees. The border is reached in a couple of hours from Barcelona, and the ski resorts are about an hour further away. Ski tourism being one of the bases of the local economy, the resorts of this tiny country are wonderfully equipped, and their height guarantees good snow. There are 5 ski resorts in Andorra: Pas de la Casa – Grau Roig, Soldeu-el-Tarter, Ordino-Arcalís, Pal and Arinsal. There are public buses connecting Barcelona with the capital, Andorra la Vella, which is also the paradise of shoppers thanks to the very low VAT of the country, and the enormous Caldea spa is the best place in the world for after-ski.

AND BONUS! What ski resorts near Barcelona does the Spanish Royal family choose? 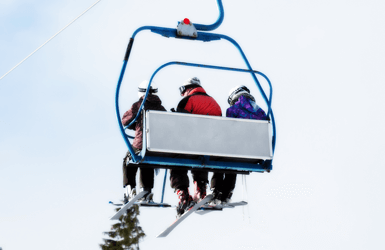 The resort with the largest skiable surface in Spain has been the favorite of the Spanish royal family for a long time (although after some recent scandals they’ve been keeping a low profile and they don’t boast their ski trips as much as they used to in the 90’s). Open for over 50 years, it features 104 slopes (mostly blue and red), 2 snowparks, 4.5 miles of cross-country skiing, a free-ride zone and a slalom stadium. The resort location in a valley oriented to the Atlantic ocean guarantees good snow all winter around. The downside is it takes 4 hours to drive there from Barcelona, what means you’d better stay overnight… But don’t worry: in the Aran Valley there is public transportation that takes you to the slopes, and the villages there are beautiful alpine houses with black slate roofs, and lots of shops, restaurants and night clubs: the closest thing to Switzerland you can find!

So what about you? Head to the comments below and tells us: Would you go skiing in Barcelona and where?