Barcelona’s port is the most important cruiseship port in Europe, and the 4th in the world. There are many options to start or end a cruise here, or at least to stop over.

Today, the cruise specialist Danny Smith is sharing his insights to help you choosing the best Barcelona cruise.

Smooth Sailing, What Cruises Stop Over In Barcelona?

VACATIONS AT SEA: CRUISES FROM BARCELONA​

While a lot of holidaymakers will opt to venture down to the Costa Del Sol for a week in the sun, a cruise that takes in Barcelona can be a much more rewarding experience. To put it simply, there is just so much to see and do. The port in Barcelona itself acts as a major tourist and cargo hub for the whole of the Mediterranean so the city can be a great way in which to explore other parts of Southern Europe. 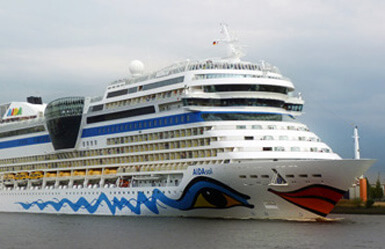 Starting your cruise from Barcelona has a multitude of benefits given its accessibility. The city itself can be reached via 2 airports – Barcelona International (BCN) which is about 10m outside the city and the slightly further away Girona-Costa Brava (GRO) which is just under 100km away. Some airlines do advertise flying to Barcelona but they land in Girona-Costa Brava (GRO) and while the price may be slightly cheaper you will have to pay for transport to get to the city itself.

Furthermore, you can easily reach Barcelona via train both from within Spain – the high speed network comes directly from Madrid while also taking in the east and the south of Spain too – and there are also direct train links from Zurich, Paris and Milan. Also, the port itself is very convenient to reach via public transport or taxi from within the city.

Below is a selection of cruise lines that start and finish their itineraries in Barcelona:​

Royal Caribbean is probably one of the most famous in terms of the cruise lines that come to Barcelona. Their 22 strong fleet have their own style and amenities and it is usually the Liberty of the Seas or the Serenade of the Seas ships that departs from the city and both have recently been upgraded with new dining experiences and other onboard activities such as rock climbing and mini golf. From Barcelona, Royal Caribbean usually sails off to the rest of Southern Europe including Italy and Greece.

This Cruise line specializes in Mediterranean based cruises and has a fleet of 13 ships of varying sizes and most of their cruises that leave and depart from Barcelona will take in the tip of Northern Africa as well with Tunisia and Morocco both popular stop off destinations. They also cater for travelers cruising by themselves as well as having spacious and interconnecting family suites.

NCL Cruises are another well known cruise line. The Norwegian cruise specialists start in Barcelona as part of their Mediterranean based cruise holidays usually with the imposing Norwegian Spirit and Epic ships that can hold from 2000 (Spirit) to 4000 (Epic) passengers.

Due to the size of their ships then NCL can offer more on board activities than most and the Studio rooms found on the Epic are specially designed for solo travelers.

Based in Spain this cruise line has a heavy focus on cruises and tours within the country particularly from Barcelona and Valencia. As they are a Spanish based company then they have extensive knowledge of getting the best from a Mediterranean cruise and if you book a cruise and also fly with Pullmantur Air (which has flights to Madrid from Cancun and Punta Cana) then you can double your baggage allowance at no extra charge.

Costa Cruises provide many different cruise options to the Mediterranean and the rest of Europe. Their Costa Club allows previous Costa Cruise passengers to receive discounts and certain privileges on their cruise holidays. You can get up to 5% discount on every future cruise while also benefiting from preferential boarding and a host of other VIP services on board (such as a private tour of the ship and free casino chips).

There is a reason as to why Barcelona is a popular cruising and tourist destination; it’s history, culture and the bustling nature of the city has made it a must see on any cruise itinerary and with so many ships now departing and sailing to the city then it has become a feature of most Mediterranean based cruises

Ever been in Barcelona on a cruise? ​

Danny Smith is the owner of www.about2cruise.co.uk, a cruise holiday resource with articles, videos and booking information.