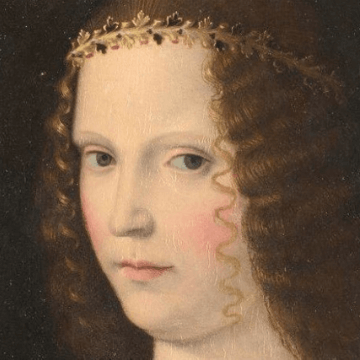 The Spanish history is full of events and characters that people see under a special aura. People and occurrences that have remained in our minds and that continue to fascinate us. In this times of confinement, learning about them is a nice distraction from the current situation. And for me as a tour guide, writing this blog post is a wonderful way to refresh my knowledge and stay in touch with my passion: sharing with others the wealth and heritage of our land.

These are the Spain history events and personalities that most people asks me about:

The Inquisition as a religious tribunal to control the acts of the Christian existed since the late 1100’s, but in the late 1400’s in Spain it evolved into the Holy Inquisition when Pope Sixtus IV allowed its creation with the goal of controlling the growing numbers of “conversos”, converted Jews that kept their religion in secret.

It soon gained the favour of the Spanish Monarchy, thanks to the influence of the personal confessor of queen Isabella the Catholic,  Tomas de Torquemada (from a converso family himself). Its cruel methods to achieve confession from their prisoners and the secrecy of the accusations made it the perfect tool for abuse of power.

The Spanish Inquisition: A Historical Revision
(59)
$25.00
Check on Amazon

And while the official figures calculate a bit over 1300 people executed by the Spanish Inquisition, many archives haven’t been researched yet and some historians point that the real number of victims could reach 32000. It is also true that in the late 1500 Protestants in England started a smear campaign to disgrace Spain that included magnifying the cruelty of the Spanish Inquisition, and in the 1800s writers such as Edgar Allan Poe and Fiodor Dovstoievski continued to feed it.

Who was this mysterious character said to have “discovered America”? It’s well accepted that the Vikings and maybe the African had been there already, but what lead Columbus to take such endeavor of crossing the ocean? Was he involved in the Jewish community, famous to write the most precise maps? Where was he born?

Since the documents only confirm he studied in Genoa, but he could have come from somewhere else… The records don’t tell and almost seem to have been deleted, hidden or destroyed for some reason. Was he a Catalan trying to hide he had participate in the war against Ferdinand, husband of the queen that funded Columbus trips? Or was he a Portuguese lover of the queen, running away when people started being suspicious? Theories of conspiracy surround a man who transformed the world as it was known.

Originally the Borja, this powerful family latinized their name when they reached the power in Italy. Two of their members were popes: Alexander VI (born Rodrigo de Borja) and Calixtus III (born Alfonso de Borja).  The son of Alexander VI, Cesar Borgia, is said to have inspired Machiavelli for the famous political treatise The Prince.

His sister Lucrezia (who was possibly his lover, too) was a master using her sexual charms to achieve power. However, there aren’t enough reliable documents and most of what’s known about the Borgia stems out of word of mouth and the fantasy of authors such as Alexander Dumas. Did you know the video game saga Assassin’s Creed inspired in them? And let’s not forget Jeremy Iron’s 3-seasons TV show!

Daughter to the Spanish Catholic Monarchs, at the age of 3 she was betrothed to the heir of the English throne, Arthur Tudor, who she married at age 16. Unfortunately he passed away just a few months after the wedding, and as it was custom, she married then his younger brother who was to become Henry VIII of England.

When Ann Boleyn entered the stage, the king tried to get their marriage annulled, and the process took years until King Henry eventually assumed supremacy and voided it. She ended her days in a castle in England, but always received tokens of sympathy from the people, showed great skill at politic arts (something quite unusual for a woman in those times), and was involved in humanism and helping the poor. If you prefer novels rather than history books, this is a great read.

It’s the Anglo-Spanish War (1585–1604). Phillip II of Spain (great-grandson of Isabella and Ferdinand, and grandnephew of Catherine) fights Elizabeth I of England, worried about the increasing influence of Protestantism in the Low Countries controlled by Spain at that time. Everyone has heard about the ignominious defeat of the Spanish Armada, so-called the Invincible.

127 vessels departed Spanish ports with the mission of invading England and dethrone Elizabeth, however the extreme weather conditions and storms they encountered in the English Channel caused the sinking of about a third of the fleet – 87 ships were able to get back to Spain, whereas the more experienced in such weather English sailors were not as much affected. The defeat was seen as a sign of God in favor of Protestants. But were you aware that this was just one of many battles, and the Anglo-Spanish war was finally won by Spain?

A master of architecture, whose works transformed the landscape of Barcelona, his life is also full of enigmas. Where was he really born? Two small towns, Reus and Riudoms, claim to have the honor to be his hometown. Was he a Freemason, like his friend and patron Count Eusebi Guell?

Is it true his heart was broken in his youth and he never recovered from that or he was a homosexual with no interest in women? Did he use hallucinogenic mushrooms to get inspired? The answers need to be taken with a pinch of salt, which we do when we discuss them on our Gaudi Tours. Do you know his works inspired Dan Brown’s book Origin?

Gaudi: A Biography by Gijs Van Hensbergen...
$36.84
Check on Amazon

What are your favorite Spain history events and personalities?