SPANISH CHEESE YOU NEED TO TRY

IF YOU HAVE ONLY TRIED MANCHEGO, YOUR IDEA OF CHEESE FROM SPAIN IS SADLY VERY POOR…

Did you know that there are more than 25 cheese designations of origin in Spain? Some of our cheeses are internationally famous, while other types of Spanish cheese are secretly enjoyed by locals only.

Our cheeses are basically produced with cow, goat or sheep milk. There’s nothing better than blending a good cheese with a good wine, and here in Spain we know how to do it! So let’s start from the beginning: today we are teaching you what are the top Spanish cheeses you should try. And then, check out in this other post where to buy Spanish cheese in Barcelona.

Here are our favorite Spanish cheeses:

Typical from Extremadura, this is a very special sheep cheese. Cut the top of its yellow rind to find inside a delicious cream cheese. Spread it over bread to eat it. But there is more! Once you finish it, add some meat and onion inside the rind, cover it using the top you previously removed, then bake t in the oven! The combination of meat, onion and cheese is exquisite! 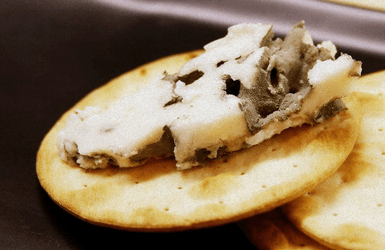 A typical Spanish blue cheese from the Asturias region. It is a soft cheese produced with cow, goat and sheep milk, and it can be also spread in bread. The color of this cheese is blue-green, and it smells really strong (peple compare it to feet stink!). And of course, the taste is also strong (but it doesn’t taste like feet). If you are into blue cheeses, make sure to try it!

One of the most important cheeses in Galicia, “tetilla” is Galician for boob. You’ll understand it when you see its shape: it does look like a woman breast! According to the legend, it was some villagers revenge for having the feminine sculptures of a cathedral mutilated by order of the Bishop. This soft cheese is produced with cow milk, its taste is soft and the texture is quite creamy. It goes really well with quince paste.

A famous sheep cheese produced in the Basque Country and Navarra. It has an intense flavor that quickly fills your mouth. It’s a little bit spicy and it has a persistent aftertaste. The smell is also intense and the texture is compact (being more or less elastic depending on its maduration point). A cheese with character!

This is a Catalan cheese, produced in the north of Catalonia with cow or sheep milk, and adding a little bit of brandy or another liqueur. The taste of Tupí is powerful without being overwhelming. It’s usually sold in small ceramic recipients, and it’s best spread over toast. Yummmmm! Aren’t you hungry?

AND BONUS! What about Manchego? Should you try it? Yes, but make sure to order the right one. Here is how: 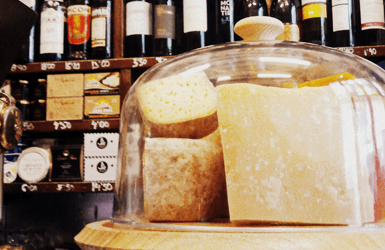 The most popular Spanish cheese is produced in Castilla – La Mancha region (that’s why it’s called Manchego). So make sure to check it carries the “Denominación de Origen “Queso Manchego” label, to get the real thing. Produced with sheep milk, this cheese is a little bit acid and strong, an occasionally spicy. Depending on the maturity degree, it classifies as fresco (young – aged for only 2 weeks and rare to find), semi-curado (aged for upto 3 months and not too dry), curado (aged upto six months, drier and nutty) and viejo (aged for a year, the driest and spiciest). A good way to taste Manchego is sprinkling some olive oil over it before eating. Delicious!

So what about you? Head to the comments below and tells us: What is your favorite Spanish cheese?