Our Favorite Spanish Clothing Brands Are…

Visiting Spain is not just about learning its history, culture, traditions… but also about discovering its fashion! Because despite French, Italian and American brands being so strong in the international market, fashion in Spain today is really creative and fun, and acquiring a few pieces of clothes during your trip will definitely add charm and uniqueness to your wardrobe, and that probably no one else in your inner circle has (or has ever seen before!). 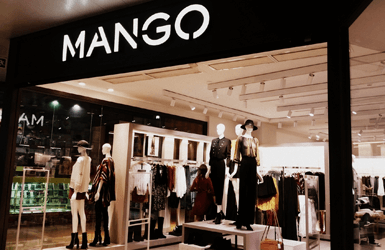 And while some brands can be found abroad, you’ll find they are cheaper here because you’ll be sparing in the shipping costs that eventually are added to any items produced in Spain and sold in other countries. So fun, unique and cheaper! Doesn’t it sound like a great deal?

And if you’ll be here in January-February and July-August, then you’ll be hitting the sales period, and that’ll be even better. Just plan your shopping for the morning on weekdays to avoid the crowds and long lines to pay that are often found on Friday afternoons and Saturdays (oh, and remember that on Sundays shops are closed except for a few weekends a year!).

In Barcelona you can find famous Spanish clothing stores that I’m sure you’ll love. Take home a piece of fashion from Spain! Today we tell you where to go (and we can take you on a Barcelona shopping tour, too!).

This is the list of great Spanish fashion brands you need to know:

Both Spanish brands are are direct competitors and probably some of the most popular in Spain, and they are known for offering quality products at affordable rates. Zara is owned by Inditex, one of the biggest brands worldwide for clothing distribution including other brands such as Bershka, Stradivarius and Pull & Bear (the three aimed at a young public), Massimo Dutti (more upscale than Zara), Oysho (for underware) and Uterqüe (for bags).

The largest Zara in Barcelona is located in Passeig de Gràcia, in the crossing with Gran Via de les Corts Catalanes, and it has women, men, kids and home sections. Mango, instead, is the second company to export Spanish textile, with modern and casual designs and a little bit more expensive than Zara but still very affordable.

Although for many years they have been catering women only, these last years they have also opened men and kids lines, and a controversial Violeta line that is sort of large sizes (but they don’t want to call it like that, as it could be offensive…).

Both of these Spanish designers are well known internationally, and both companies are named after their founders and designers.  In their boutiques you’ll find classy designs to dress you with style and good taste.

You’ll find the flagship store of Adolfo Dominguez in Barcelona at 32, Passeig de Gràcia, and they also have corners in most Corte Inglés department stores as well as in the El Prat airport. As for Armand Basi, after their last shop in Spain was closed in 2013, they have focused their sales in multi-brand stores, specially in El Corte Inglés department stores, as well as online.

The similarity of these two Spanish clothing designers has led to legal problems between them, as Custo claims Desigual copies their patterns. Colors and extravagance are the bases of their clothes, and while Custo is more elegant and chic, Desigual is more casual and urban. That is reflected in the price, too: Desigual being considerably cheaper (although not as much as Zara or Mango).

The Custo stores are rather boutiquey and small, while the Desigual ones are quite large. You’ll find the main Custo store near the Gothic Quarter in Carrer Ferran (although their original one was first open in the trendy Born district, and it’s still there but it’s really tiny). You’ll find lots of Desigual stores in the city center and most shopping malls, and an outlet store in 323, Diputació st.

Two very different lady designers. While Catalan Sita Murt goes for an elegant discretion, the use of knitted fabrics and little details that make each piece special, Madridian Agatha Ruiz de la Prada’s designs are colorful and funky, and make you think of childhood, happiness and smiles.

Sita Murt clothes are easier to wear on your daily life, while Agatha’s require being a bit daring. The Agatha Ruiz de la Prada Barcelona store in Consell de Cent closed a couple of years ago but you can still buy her products online and in Madrid. As for Sita Murt, she has several boutiques in the city center.

Have you ever wondered who dresses the Queen of Spain? Queens act as ambassadors of their country, not just by attending all kind of events but also by promoting the local industry. That’s why the Queens of Spain are expected to use Spanish fashion brands most of the time, and they tend to choose a designer of reference that gets to know them and their needs, and becomes not just their favorite couturier but also a confident.

Queen Sofia, the mother of the current King Felipe VI favored Toni Benitez from Seville, while her daughter in law and current Queen Leticia has chosen Felipe Varela, established in Madrid, whose designs can be bought at the Corte Inglés department stores. Both are, of course, top Spanish designers.

AND BONUS! Two Spanish jeans brands that are living a revival:

Lois produced the first jeans ever made in Spain in 1962. Instead, Liberto was a French brand that started to produce in Spain on 1985. They were first called “Safety Good Liberto”, but they later changed their name to Buenos Liberto.

Unfortunately, American brands such as Levi’s eventually took over the local market and those Spanish jeans disappeared but they have both come back – so far only available online – to please nostalgic people that remembers them from their youth. 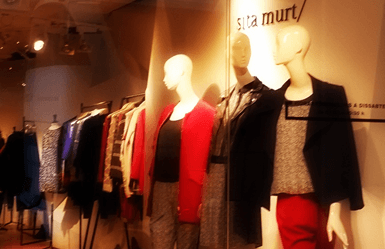 What are your favorite Spanish clothing brands?