MAKE SPANISH GAZPACHO LIKE MY (SPANISH) MOM MAKES IT

Gazpacho andaluz is the most popular cold tomato soup in Spain in the Summer. It’s really popular because it’s very easy to make, it’s very refreshing, and it’s not just vegetarian friendly, but also vegan and raw food eaters and do it. It can even be made gluten-free by adjusting the recipe a tiny bit. 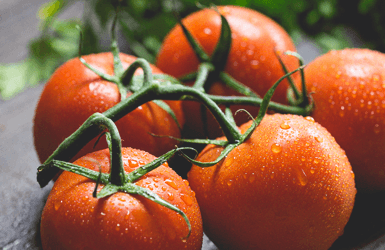 What you might not know is that it is original from Andalusia, South of Spain (not Italy or Mexico, although it’s also very popular in Portugal as well), where the original recipe was born as a working class soup made from mashing on a mortar bread, garlic, olive oil, vinegar and water: it wouldn’t be until the discovery of America in 1492 when tomato and peppers would reach our coasts, although it wouldn’t be until the 1800’s when it was incorporated to the recipe, at the same time that it became popular with the bourgeoisie, who started adding toppings as well. Nowadays nobody makes it on mortars anymore though, as blenders do the job quite well and in much less time.

If you are coming to Spain in the Summer, you’ll find it in pretty much any local restaurant as a starter, and you can also find it in tetrapacks in the refrigerated section of any supermarket. But you can also make it easily at home. Here is how.

That’s how you make this refreshing tomato soup:

By the way, no matter what you might find on YouTube or what media star (non-Spanish) chefs might say, avocado, any kind of dairy, carrots, celery, broth, lime or orange, basil, cilantro, vodka and other liquors, Tabasco, paprika, curry… they are absolute no-nos. Use them if you wish, but then please don’t call it gazpacho (at least in front of Spaniards, lol).

Get your ingredients ready

Wash your veggies. Chop the tomatoes in rough pieces, but do not remove the skin: that’ll give your Spanish gazpacho its characteristic red color – otherwise it’d be rather orange instead). Remove the seeds and the tail of the green pepper, and chop it in pieces (the size must be kind of similar to that of the tomatoes, to make the blending easier). Chop the cucumber in 4 or 4 pieces. Cut your slice of bread in pieces, again of a similar size to what you’ve chopped already. Peel the onion and the garlic clove, and cut them in thirds or quarters. Have time to prepare it in advance? Leave all these ingredients, plus the olive oil, the white vinegar, salt and pepper macerating in a bowl for as long as you can (ideally overnight) before blending. This way the flavors will be more intense and if onion or garlic don’t go well with you, you can remove them before blending: it’ll still have a subtle taste of them, but your gaspatxo won’t give you that uncomfortable aftertaste. 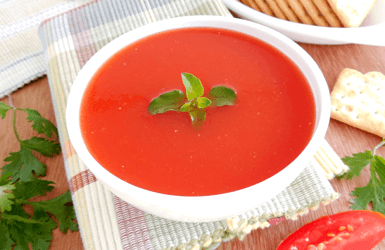 Use a food processor or a blender to blend. In my Thermomix, I put it at top speed for 1 minute and that works for me. You can use a hand blender, too, but it’s going to be harder and you’ll likely need to use a conical strainer to get read of unpleasant chunks and veggie skin left overs. Now you can add a couple of olive oil table spoons and vinegar, and some salt and pepper, blend again and taste. Add more vinegar if you like, and more salt if needed. Do not add too much pepper: gaspacho is not supposed to be hot, and not even spicy (remember it’s a Spanish dish, not Mexican). For a special gourmet touch, now it’s also the time to add some fruit: either watermelon (chopped, seeds and rind removed), strawberries (washed, tails removed) or cherries (washed, seeds removed) – just one of them per recipe or it would be too fruity.

Add some water until you are happy with the texture. The authentic gazpacho is finely chunky. You can feel i in your mouth the tiny veggie particles in it but they are nicely mixed in with the water.  It’s not as creamy as a smoothy (please, don’t add avocado to it – it’s a crime!), and it’s not as liquid as a green juice. And it doesn’t have to be watery, either. If it’s too liquid, you can add a bit more of bread, but not too much or you’ll end up with a salmorejo soup instead, another must of the Spanish list of cold soups.

Get ready to serve

Put in the fridge to chill. Spaniards make lots of it and keep it in the fridge to keep binging on it throughout the day. If it’s served as a starter on a meal (it works for both lunch and dinner), it’s served in bowls with toppings. But many people will just have a glass of it mid-morning, mid-afternoon or during the aperitivo (some potato chips, olives and snacks served sometimes before lunch) – and then it doesn’t go with toppings as it’s considered a drink rather than a dish.

AND BONUS! Here is how to serve them the right way: 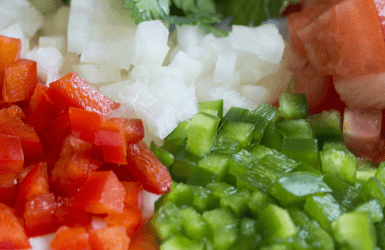 Toppings are basic to give your gazpacho that final chunky touch. They are served in small platters (never directly inside the gazpacho bowl, as if they made part of the soup), so each can add to their gazpacho the ones they like. It’s mostly veggies chopped in small dices: tomato, green and red pepper, onion, cucumber… Some people might want to add green apple. Bread croutons are also a must.

So what about you? Head to the comments below and tells us: have you ever tried Spanish gazpacho and did you like it?