THE TAXI DRIVER TOOK THEM TO THE WRONG HOTEL!

THAT’S NOT THE ARTS RITZ-CARLTON! – HOTELS WITH CONFUSING NAMES IN BARCELONA 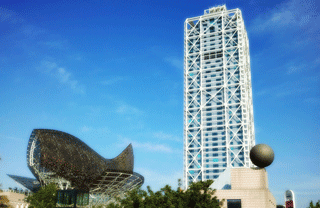 My clients, the Marventano, were staying at the Arts Ritz-Carlton. They had had a lovely night eating out in that tapas restaurant I had recommended them. After dinner, they hopped off in a cab and told the driver to take them to the Ritz. Well, guess what? They were taken to another hotel instead! And it’s not that the taxi driver was cheating on them…

The Arts Ritz-Carlton is one of a bunch of hotels in Barcelona with a name that is likely to be confused by taxi drivers and locals. Just keep reading to discover if the hotel where you are staying is also in the list… and make sure to carry a card with your hotel address on it, so there is no room for confusions, or that can cost you a lot of money on taxi rides to wrong places!

There are two Hiltons in town, each in one end of the city: if a taxi driver takes you to the wrong hotel, you are likely to end up paying around €15 more to be taken to the right one afterwards! What’s confusing about them is that Hilton Barcelona is located in Diagonal avenue… while the other Hilton is CALLED Hilton Diagonal Mar.

There are also two Renaissance in Barcelona, however one is very centrally located near Passeig de Gràcia (Renaissance Barcelona), while the other is in a business and congresses area in the suburbs with very little public transportation connections with the city center. You definitely don’t want to stay there unless you are coming for a trade show. The taxi ride between them is also around €15. 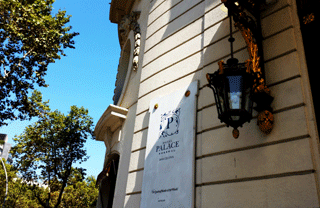 There used to be only one “Plaza” in town: the one in Plaça Espanya. But with new hotels opening every few months (and a lack of creativity from those who give them names…), now we have a few! The “old” Plaza is now Catalonia Plaza Barcelona. Then you have a H10 Catalunya Plaza in Plaça Catalunya, and a Catalonia Plaza Catalunya in Bergara st. What a mess!

People staying at the Avenida Palace or the Acta Atrium Palace, make sure to clearly pronounce the full name of your hotel. Otherwise you are likely to be taken to the original “Palace” located in the corner of Gran Via de les Corts Catalanes and Roger de Llúria. The good thing is that they are just a few blocks one from the other, so you can spare a second taxi ride and just walk (at the concierge desk they’ll be glad to give you directions to the right hotel).

It’s lovely to stay by the Cathedral and explore the alleys and backstreets of the Gothic Quarter… except when you are lost wandering around try to find your hotel! Catalonia Catedral is in Arcs st., Barcelona Catedral is in Capellans st. Well, don’t worry: one is aroudn the block from the other.

AND BONUS! I haven’t told you yet where the taxi driver took the Marventano instead of the Arts Ritz-Carlton! 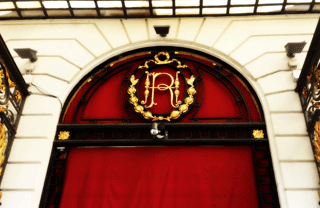 If you are staying at the Arts Ritz-Carlton just ask to be taken to the “Ritz”. Remember El Palace that we discussed before? Well, it used to be THE Ritz since its was founded in 1919. But in the 1980’s it went bankrupt, the HUSA hotel chain bought it, and the original owners took them to court claiming that only them, as original founders, could use the “Ritz” name. In 1996, HUSA was forced to stop calling their hotel “Ritz” and changed it to Palace (although they were allowed to keep the R crest in the hotel decoration). By then the Arts Ritz-Carlton had already been open for 2 years, but for many locals the Palace will always be the Ritz.

So what about you? Have you ever been taken to a wrong hotel? What happened? Share your story in a comment below!