BOOKS ON THE HISTORY OF SPAIN: READ BEFORE YOUR TRIP TO TAKE THE MOST OUT OF IT!

Next Sunday is April 23rd, Saint George’s Day and International Day of Books. If you are planning a trip to Spain, what a better way to prepare than reading a few Spanish history books? You’ll be able to understand much better the sites you’ll be visiting as well as the local culture. Spain and Catalonia have a long history that dates back from the Romans, and even further, the Greek, the Cartagenean and the Iberian.

Plus some specific periods of our history are totally fascinating… Make sure to read about the ones that you are most interested BEFORE you come, so you can ask the right questions to your tour guides and get the best possible picture. 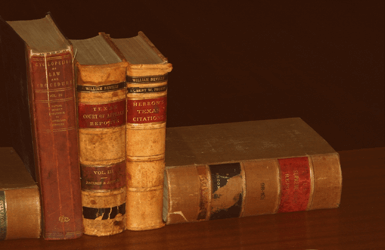 This is our curated selection of books about Spanish history:

The Spanish civil war was one of the most violent events for Europe in the 20th century, and it is relevant not only because of the clash it represented between the republican system that was established in 1931 in Spain and the fascism, led by Francisco Franco, who won in the end. This war finally ended in 1939 with the victory of Franco, and it derived in an economical crisis and a dictatorial government that became a constitutional monarchy after the death of the dictator.

The British author of this book, Hugh Thomas, gives a special narrative for this dark event in the history of Spain, where the military force won over the republican and democratic values, giving s very detailed specifications about the equipment and artillery used, and the contributions made to each side by other countries that would be later on involved in the World War II, which pretty much right after the end of the Spanish Civil War – so actually both wars are very connected to each other.

If you want to see how the international scenario influenced in this war suffered by Spain, this Hugh Thomas’s book is the best option you could choose. Available on Itunes and Amazon.

Hommage to Catalonia, by George Orwell

This book is also about the Spanish civil war, and it was written by a great author, George Orwell, who is famous for his books “Animal Farm” and “1984”. George Orwell is considered to be the best author explaining political and social situations that may be seen as complex through novels and fictional stories, yet is also remarked by he’s objectivity in such topics. Homage to Catalonia stands out in Orwell’s bibliography, as it is one of his only 3 books that are nonfiction, since his other 6 books are novels.

Homage to Catalonia brings the reader to a very realistic and personal perspective of the Spanish History, because Orwell went to Spain in 1936 to write a report about the Spanish Civil War, and ended up joining the republicans to fight against Francisco Franco. This Spanish history book is key to understand the republican side and the political parties that were involved, and reveals the dispute between them once they obtained control of certain territories, such as Barcelona.

It also reveals the pressure some other countries put to the situation, for example, the Soviet Union backing up and funding the P.S.U.C. party, who pinned a dispute to the party Orwell served, throwing to jail arbitrarily many important men.

If you want to really comprehend the influence of political parties on the spirit of idealistic but inexperienced soldiers of the Republican side of the war, this book is for you. Available on Itunes and Amazon.

This book published in 2006 (40 years after the author’s first trip to Barcelona) has already become a classic. An art critic, Hugues uses visual arts to explain the history of Barcelona through its architecture, painting and crafts, but also through its industries, landmarks, politics and inhabitants – from the poorest characters to the most refined, with a special interest in the 19th and 20th century.

A book that will make you feel the vitality of a city that is always evolving and turn you devotedly passionate about it. Available both on Itunes and Amazon.

The Jews of Spain, by Jane S. Gerber

This book is acclaimed for its objectivity comparing the Judaism with Christianity and Islam, and describing their influence in Spain’s culture since the occupation by Romans, which brought an important number of Jews to the Iberian territory.

It also makes a very clear transition between the strong presence of Judaism in Spanish History and their expulsion, and continuing with the Jewish Diaspora in general. The author is very specific about the occupation of Spain by the Moors and the flowering of science and Jewish literature, which ended in 1492 with the expulsion of the Jews by Ferdinand and Isabella.

If you want to learn about concrete historical facts and events of Spain where the Jewish culture had an influence, you’ll love this book: its analysis on the interactions of the Jewish with many other cultures that existed in Spain in that moment will astonish you! Available on Itunes and Amazon.

In Spain’s history, there is a moment when the country stops being a simple and small European kingdom in the middle of a consolidation process, and starts to become a rich country, colonizing almost totally the recently discovered (in that time) American continent. This Spanish history book, is centered in this phase of Spain’s history.

The book begins with the first marriage of the Habsburg dynasty, between Ferdinand and Isabella, and it concludes with Charles II and the death of this dynasty. It stands out for its straight-forward focus on the Spanish territory, despite the constant interaction between Spain, the New World and the rest of Europe, so if you want to read about colonial history, it’s better to read other books centered on that subject: this book is perfect instead for those who want to know more about the internal situation of Spain.

Plus the book is written in a way that achieves a balance between simple and easy to understand language, and academic terms; it has a very friendly narrative for new readers, so we fully recommend it. Available on Itunes and Amazon.

AND BONUS! The Spanish history book that helps you understanding why the Catalans don’t want to be part of Spain anymore:

Catalonia is not Spain, by Simon Harris

To finish our list, we couldn’t leave out a book that faces the Catalonia-Spain controversy. Catalonia is not Spain takes the reader through a thousand years of Catalonia’s History, specially focusing on its problems with the Castile-dominated Spain.

It is a course through the main reasons and facts that make Catalonia a land where its population is really caught up in the debate of whether they should or shouldn’t be an independent country.

Many experts in the subject consider the work done in this book as one of the most important in Catalonia’s history, as it has strong facts that many people ignore, for instance, the fact that Catalonia was one of the first nation states in Europe and a Great Medieval Empire.

If you want to know more about Catalonia’s history and current reality, and possibly change your perspective on the Catalonia –Spain controversy, you must read this book! Get it on Amazon.

What is your favorite book on the history of Spain?