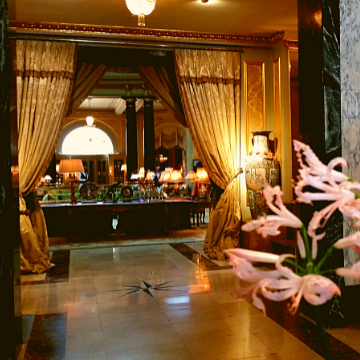 LOOKING FOR AN OLD-SCHOOL TRADITIONAL HOTEL?​

It’s hard to find a good classic hotel in Barcelona: most of them are trendy, high tech and plain contemporary. When the Galloway asked me for some ideas for their stay, I realized that there weren’t really that many options!

I was of course able to come up with some recommendations, but their request made me realize many other travelers would probably be in the same situation. So that inspired me to write today’s post. I hope you enjoy it!
SEE BARCELONA ON FOOT WITH US

Despite its shocking name (believe it or not, Colon in Spanish means Columbus…), this is a great choice for a traditional hotel in the Gothic Quarter. The first thing you can admire from your window when you wake up is the Cathedral of Saint Eulàlia.

This classic hotel preserves its retro style but it has been renovated and equipped with all new comforts. There’s a new and modern Spa with sauna, heated bench, hot stone, massage cabins and hammam. A good place to relax while enjoying the views of the Cathedral after a walk around the old town. Book it here.

This mansion from the 1900’s located in Rambla Catalunya was reconverted into a hotel preserving its luxurious old-fashioned atmosphere. Some might find it a bit packed and overdecorated, but it’s precisely its wallpapers, antique furniture, paintings and candlesticks what makes this hotel a different and charming place. Their free buffet is open 24h, perfect for a drink or snack after a tour! Book it here. 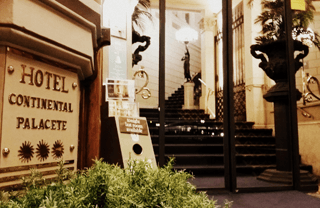 EXPLORE THE EIXAMPLE WITH US

Located in a lively street near the Gothic quarter, it was built in a modernistic style in the XIX century, and in 1917 it became a hotel. It has preserved the same original style as well as most of the original elements: decorated ceilings, marble floor or lamps.

There are 54 rooms (only some of them with a balcony). A good location to start visiting Barcelona for a good quality-price! Book it here.

Do you know who used room 111 of this hotel in 1965? After the last concert of their European tour, the Beatles slept at the Avenida Palace. Now this room is a little tribute to the group. It was chosen also by Ernest Hemingway, Joan Miró, Lizza Minnelli and many more celebrities of the 20th century.

Built in the 50’s, it soon became a symbol in its street, the busy Gran Via de les Corts Catalanes. Its secret? Keeping a classic ambiance but adapting it to the new times. The newest refurbishing included an acclimatized pool, a fitness room and a great terrace and solarium with an amazing 360º views in the rooftop. Book it here. 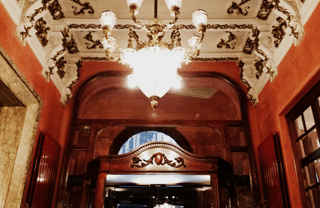 BARCELONA WITH YOUR OWN PRIVATE GUIDE

A gorgeous boutique bed & breakfast located in a modernist apartment that has been carefully restored to preserve the charm of the early 1900’s. It’s in the Eixample District, closed to Passeig de Gràcia where there are the Gaudí houses and other modernist buildings, great restaurants and a shopping area.

There are only 9 rooms decorated to make you feel like you were living in the 19th century but with all the facilities a modern-day visitor would wish (air conditioner, WiFi, TV…). The hotel serves local products for breakfast and there is tea and coffee service 24/7. Book it here.

AND BONUS! The ONLY 5-star classic hotel in Barcelona:​

Yes, it’s hard to believe, but from all the classic hotels in Barcelona there is only one in the 5-star category: the Palace is one of the top luxury hotels in Barcelona and it’s considered the city’s most emblematic iconic hotel. In 2009, it was completely refurbished and labeled as Grand Luxury. Gorgeous classic style decoration with antique furniture, desks and chairs from the 19th century, handmade rugs…

Its Caelis restaurant has been awarded a Michelin star, and the new Mayan Spa avails of a Temazcal sauna, unique in Europe. Definitely one of the top 10 hotels in Barcelona, and the only one with a classic style. Book it here. 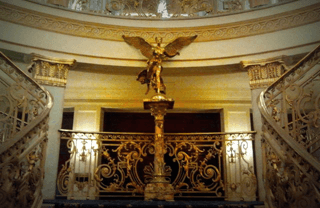