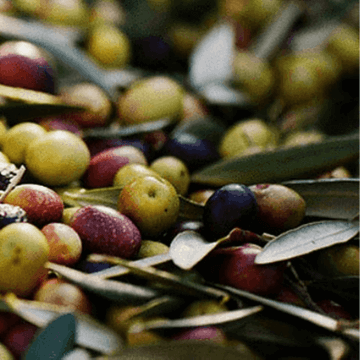 In Spain olives are huge. Not just for their oil, but they are a staple in anyone’s house: to be served as appetizer, as well as in salads and some local recipes. The Romans already grew them to make oil, and it was also very important in the Al Andalus times, when half the country was dominated by the moors. Actually, did you notice there are two names for olives in Spain: oliva, from Latin “olea” and aceituna, from Arabic zaytūnah. Never thought olives could be so historical, uh?

So when I first planned this post, I thought I’d be talking about different types of Spanish olives. However, I soon realized a post on Spanish olives would be too similar to our old post about Spanish olive oil that you can find here. So I decided to talk instead about the kind of olives locals eat as an appetizer or in salads, as it’s going to be way more useful for you during your trip.

And don’t tell me you just “don’t like olives”, because you might not like one type of olives or two, but you can’t possibly imagine how many different ways to prepare olives there are, and I’m positive there’ll be at least one of them that you can enjoy. So next time you go to the food market, make sure to stop by the olives stall and get a sample of a few different types: you won’t regret it!
PRIVATE BARCELONA WALKING FOOD TOURS

These are our favorite types of olives from Spain:

These pitted Spanish green olives are a staple in any house, and even people who don’t quite love anchovies will often like them, because they only incorporate a tiny bit of fish that gives them a pleasantly salty touch, but you don’t feel like  you are stuffing a whole anchovy in your mouth.

I even know vegetarians who would eat them as an exception to their animal-free diets (although they usually prefer the ones stuffed with red pepper instead, also very popular but a bit harder to find), because the fish inside them is minimal and many times there are no other options available for them anyway. Anchovy stuffed olives are often served as appetizers, as party snacks or to go with your vermouth. You’ll find easily find them canned in supermarkets and grocery shops.

Yes, we also spoke about these Spanish olives in our olive oil post, the thing is we also eat them as appetizers and add them to salads! They are tiny and brownish, and they stand out for their bitter taste. They have more pit than meat, but once you get used to them, they are addictive!

I could go eating arbequina after arbequina non-stop for hours, as if they were sunflower seeds, just throwing away the pits instead of their shells. You can often find them in stores packed in sealed glass jars, making them interesting gifts for your foodie friends.

They are black, big, fleshy and its flavor is intense. Their dark color doesn’t come from the variety but from its ripening process: they are born green and are left in the tree for much longer than the average green olive, as they aren’t picked up until they turn black.  They can be left even longer, until they are very ripe they start to wrinkle, that’s when they are called black wrinkled olives and they often have a stronger and saltier taste.

They are very appreciated in the region of Aragó and Catalunya and their oil is also very appreciated. You’ll see them served as appetizers, often mixed up with other olives, as well as added to salads. You can also find them in supermarkets sold in cans or sealed mason jars. 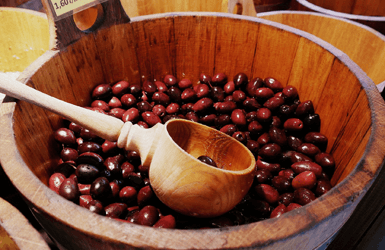 Manzanilla olives from Andalusia become gazpachas when they are combined with a variety of pickles, red pepper and carrots and then they are seasoned with rosemary, thyme, chili (to give them a hot touch) and sweet paprika.

They are easy to find in olive stalls in farmers markets, where they might even have a few different flavors for them (from sweeter to very hot). I like them even more than arbequinas: my mom always serves them as appetizers when we go visiting for Sunday lunch.

This is also a way to prepare the olives, not a variety itself. We usually select larger varieties of olives, to be macerated with ingredients that vary depending on the recipe (usually rosemary, thyme, savory or laurel, plus some lemon or orange peel) and then, as its name indicates, they are crushed until their meat breaks to let all the flavors impregnate the olive as it continues macerating.

As each producer has their own recipe, eating them is always a surprise: you never know how their taste will be like, but they tend to have a bitter touch – that’s why they are my husband’s favorites! They usually have an ashy brown color, and are also commonly sold in farmer markets.

AND BONUS! What does Gilda have to do with the olives from Spain?

Pintxos are finger food popular in the Basque Country, and Gilda is one of the most famous ones. In this pintxo the olive is combined with chili and some canned fish (most of the time, anchovy, but it can also be tuna fish or something else), and it is served on a skewer – so it’s a “banderilla” type of pintxo.

It is said that is name was inspired in the Rita Hayworth’s Gilda film, because it’s a “salty, green and a little bit hot”. You can taste gildas in most Basque pintxo bars in town, as well as served as a cold tapa in some tapas bars. 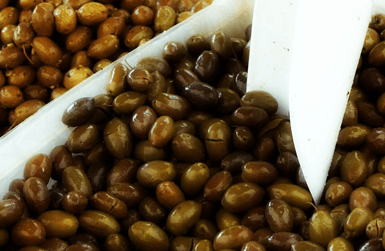 YOUR PRIVATE TAPAS TOUR OF BARCELONA

What are your favorite Spanish olives and why?