WHAT TO DO IN BARCELONA FOR TWO DAYS

HOW TO SEE BARCELONA IN TWO DAYS EFFICIENTLY

Today we are continuing with our series to help you plan your Barcelona sightseeing in the most efficient way, no matter how long will you be in town. Last month we covered what to do if you only had one day in town. Today we’ll discuss what to do if you have two days. At ForeverBarcelona we have several 2-day options (2 half days, 2 full days and 1.5 day), but we understand not every traveler has the budget or the interest for so many tours. In such case another option is to get a general sightseeing tour (walking or chauffeured) that gives you a good city overview, then continue exploring on your own using the tips your guide gave you for the rest of your stay. Some ambitious travelers will want to cover Barcelona on their first day, then go out of town on their second day. But if you are an independent traveler and want to explore Barcelona at your own pace in two days, today we are sharing our professional tips to do it in the most efficient way. 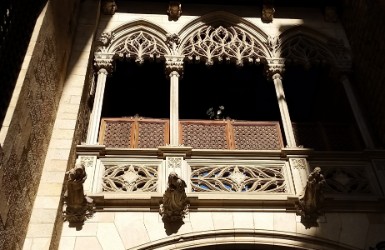 This is our recommended plan to enjoy Barcelona for 2 days:

Our recommendation is to start where everything started: the city of Barcelona was founded by the Romans 2000 years ago, in the area now called Gothic Quarter. Start exploring Barcelona there, taking the Cathedral of Saint Eulàlia as the central point of your visit, then walking around from it: Carrer del Bisbe with its scenic neogothic bridge, Plaça Sant Felip Neri with the walls that still bear testimony of the Spanish Civil War bombings, Plaça Sant Jaume with important political buildings – the City Hall and the Generalitat Government Building, Paradise street with the columns of the Roman Temple hidden inside a courtyard, Plaça del Rei with the Medieval Palace… Then take any side alley towards la Rambla and enjoy getting lost for a few minutes in the atmospheric backstreets of the Old Town: don’t worry: it’s not big enough to get you lost for too long and you’ll eventually hit this popular boulevard where you shouldn’t miss the Boqueria Market (hopefully your first day won’t be a Sunday, as it’s closed).

You can easily spend a couple of hours walking around the Gothic Quarter, la Rambla and the market, so by the time you are done with la Boqueria you’ll be hungry. If eating on stools around a counter isn’t an issue for you, by all means eat at the market. Avoid the stalls with Latin and Asian food to go and take a seat at one of its busy tapas bars. You won’t regret it! (and keep your receipt after paying because that’ll give you free access to the public toilets at the back of the market, which otherwise have to be paid). If you prefer a more comfortable meal, then think it twice before entering a random café in La Rambla: most of them are tourist traps… but the ones we recommend in this post aren’t! Or if you have the energy to keep walking for a while and aren’t scared of going off the beaten track, go eat at the Raval district instead. 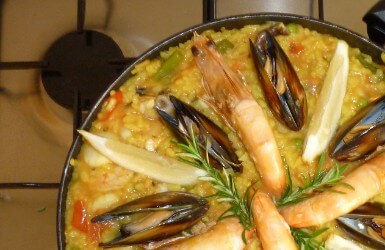 Next we recommend you hop on the L3 subway line from Liceu (right in front of the Boqueria Market) to Paral·lel, then switch to the Funicular that will get you to the Hill of Montjuic: your afternoon will be a leisurely walk around it. As you exit it you’ll see a cablecar taking you to the Montjuic Castle: it’s a great way to see the city views! Buy a round trip ticket or a one-way only if you prefer to walk downhill afterwards, crossing gardens and vantage points. You’ll eventually be back to the funicular station, but rather than taking it down you should continue walking in the opposite direction of the cable car. Art lovers will love to stop for a visit of the Miró Foundation, just a couple of minutes walk away. Otherwise, keep walking and you’ll soon arrive to the Olympic Stadium (free entrance, toilets and cafe). The other Olympic facilities, specially the Calatrava antenna and the Palau St. Jordi stadium offer some unique photo opportunities as well. From there, turn around and you’ll see the domes of the MNAC museum sticking out from behind the trees. Head in that direction and you’ll soon find some escalators that will take you to the museum parking lot. Just walk around the building to be surprised by some more spectacular views of the city: you’ll have the area of the 1929 World Fair at your feet. The visit of the museum takes no less than a couple of hours (often twice as much), so we only recommend it for hardcore museum goers. If that’s not your thing, you can just relax and have a drink at the cafe there overlooking the city, or go downstairs to visit the Mies van der Rohe pavilion, or the art exhibits at the CaixaForum art center, or go shopping and see more views from the top of the Las Arenas shopping mall – an ancient bullring, now refurbished. Have an early dinner in the area and attend the Magic Fountain show after dark (make sure to double check they’re on on the day of your visit).

Today’s plan needs to be organized ahead of time: make sure to get your tickets several weeks beforehand because they sell out for both sites. We recommend to start your day in Park Guell. The best way to get there is definitely taxi: you’ll get there in just 10 to 15 minutes. If you plan to use public transportation to get to the Park, allow for one hour just in case. Tickets are timed, so if you get there too early, you  can just kill your time exploring the non-paying area of the Park: there are some cool Gaudi bridges and great city views. After the Park, head to Gaudi’s masterpiece: the Sagrada Familia basilica. To be safe, you should get your tickets 1.5 to 2 hours after your Park Guell entrance time – that allows you for a leisurely visit of the Park and some buffer time in case you got lost, or traffic was slow. Again, if you get to the church too early, use your time for a coffee break and to take pictures of the church from outside (the best spot is the other side of the lake on Marina st.). By the time you are done with the church, it’ll be already lunch time. Take a taxi to the beach and enjoy a wonderful paella lunch by the sea (there isn’t direct connection by public transportation really, so a quick taxi ride will be the most time and cost efficient choice now).

After lunch, hop on the L4 subway line (yellow) to get to Passeig de Gracia. There you’ll find two more Gaudi sites: Casa Batlló and Casa Milà (also called Pedrera), two Gaudi apartment buildings open to the public. Visiting each of them takes at least one hour and they are expensive. You’ll probably want to choose between one of the other rather than going to both, or maybe seeing them from outside is enough for you. Except on Sundays, don’t miss their backsides either: the one of Casa Batllo can be seen from the second floor of the hardware store Servei Estació on Arago st., and that of La Pedrera from the courtyard of the second floor of the Massimo Dutti clothing store. Enjoy the rest of your afternoon walking around the fancy Passeig de Gràcia (you’ll feel like you are in the Parisian Champs Elysees) and its less busy sister Rambla de Catalunya. Both are full of lovely shops and cafés that will allow for a fun end of your stay. There’s also plenty of great restaurants for a lovely dinner.

But wait! Should you go to a flamenco show on your last night in town? 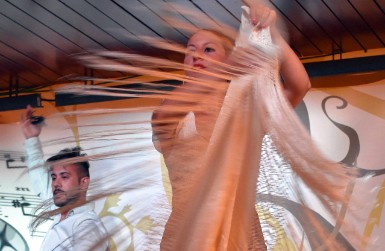 Flamenco: yes or not?

Flamenco is not a Catalan tradition, rather something from the South of Spain. However, Barcelona has received many immigrants from that area and as a result we happen to have one of the best flamenco scenes in Spain, with high quality shows… just don’t expect to see many locals attending them – it’ll be mostly tourists. But if it’s your only opportunity in your trip to see a flamenco show, why not? In this post we tell you what are our favorite. Bonus if you can attend one of those taking place in the marvelous Palau de la Música Catalana, designed in the early 1900’s by one of Gaudi’s teachers and competitors: Domènech i Muntaner. And if budget is not an issue, take one of our Tapas & Flamenco tours!

So what about you? Head to the comments below and tells us: Is there anything you’d add to this plan to see Barcelona for 2 days and make it even more perfect?