WHAT TO DO AND SEE AT THE PARC DE LA CIUTADELLA

VISITING THE CIUTADELLA PARK – THE LARGEST IN BARCELONA 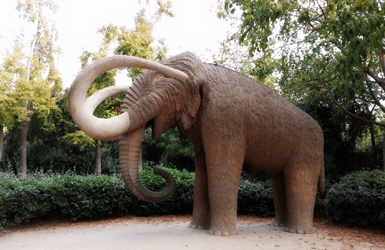 The Ciutadella Park gets its name from the old citadel (fortress) that occupied the real state after the city was defeated by the Bourbons in 1714. Over 4,500 people living in the area were given just a few weeks to pack up and leave (and of course, no compensation of any kind), so a giant fortress could be built to control the city and prevent future uprisings: its canons were always pointing to the city, not outwards to protect it from enemies coming.

Eventually in 1868 the citadel started being dismantled and in 1888 the park that it had become hosted the first Barcelona World Fair. The chapel of the fortress still exists, and it continues to be used as a church offering mass every Sunday. The Governor’s Palace houses nowadays a high school, and the Weaponry has also survived (keep reading to discover what it is today).

The Ciudadela Park is now a free public garden (no entrance fee or ticket to purchase), and it opens daily from 10AM to 10.30PM. Although it’s not as big, for the locals it feels like the equivalent of Central Park for Barcelona, and they crowd it in the weekends when people comes with their kids and dogs to run an play, picnic, row in the lake, meet friends and lay in the grass sunbathing, or participate in the multiple activities that people spontaneously organizes: from swing and tango dancing, to taichi practice to breast-feeding mom help groups. It makes a really nice break from your sightseeing, in contact with nature and the real local life.

These are our favorite sites and activities at the Ciudadela Park:

Build by the architect Josep Fontserè in 1878, in preparation of the upcoming World Fair of 1888, it could also be (partly) considered a Gaudi fountain, since it is said that the master participated in its design when he was still a very young apprentice. Some say he was in charge of certain rocks and iron masts, while rumors say his boss wasn’t able to figure out how to pump up the water to the top of the fountain and Gaudi found the solution, what impressed his teachers so much they let him pass the Engineering course without even needing an example. Like Italian say, se non è vero è ben trobato (if it’s not true, it’s a good story). The Waterfall is decorated with real gold and sculptures that represent the Birth of Venus out of a giant shell.

Not far from the Cascada, in a path that leaves from the right of it towards the Parliament and around a lake, you’ll find a surprising real-size concrete sculpture of a mammoth, over 11 feet tall (3.5 meters). Kids and adults as well love to take their pictures next to it, touching its imposing snout. After the success of the 1888 World fair, naturalist Norbert Font i Sagué convinced the local Natural Sciences Board to create a collection of real-size sculptures of prehistorical animals. Unfortunately, the project moved slowly and it wasn’t until 1907 that the mammoth was placed in the park, and with the death of Font i Sagué, the collection was discontinued. To bad: the next piece coming was supposed to be a diplodocus! 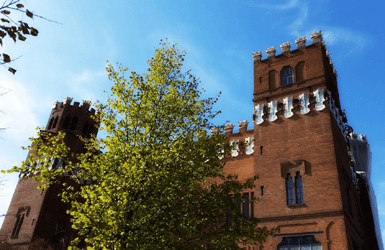 This Castle of the Three Dragons was an early work of the architect Domènech i Muntaner, and it is considered one of the first modernist buildings in Barcelona. It was build to be the restaurant of the 1888 World Fair. What many people ignore is that Domènech i Muntaner didn’t really completed the works, as due to some disputes he left the project and was substituted by Josep Forteza and when the fair was over, the Barcelona mayor asked him to go back and turn the building into a History Museum. That’s when the coats of arms crowning the building were added. They now display animals and plants (and also local drinks and liquors!) what reminds us that between 1920 and 2010 it housed the Zoology Museum before its contents where transferred to the new Museu Blau in the Forum area. It is presently closed for restoration works, waiting for it to be assigned a new use. It the meantime, it makes a great background for pictures.

The military engineer Prosper de Verboom (hated for having designed the city siege in 1714) was in charge of building the armory of the Citadel two years after the defeat, and the works lasted until 1748 – not strange seeing how imposing the building looks with its wide spaces shaped as a cross and its dome crowning the ensemble. It was used as an Art Museum for several decades (when it was decorated with lots of sculptures of portraits of Catalan artists) and eventually in 1932 it became the seat of the Catalan Parliament. Unfortunately not for long: the Spanish Civil War followed by the repressive dictatorship of Franco banned all Catalan institutions. It wouldn’t be until the restoration of democracy that the Catalan Parliament would come back to the Parc de la Ciutadella. It is open to the public but visits must be booked in advance from their website.

One of the goals of the 1888 World Fair was showing people plants and trees from all over the world. With this in mind were build two greenhouses: the Ombracle (shadow greenhouse, made of wood to provide a well ventilated but shady atmosphere) and the Hivernacle (warm greenhouse, made of glass to let the light in but keep the temperature warm). While the Hivernacle is closed for restoration, the Ombracle is usually open and it makes a really nice spot to hide away from the heat in the summer, as well as get away from the crowds for a while. Relax seating in a bench surrounded by rain forest palm trees, alocasias and monstera deliciosa. By the way, if you are into botanics, you’ll be delighted to know that the whole Ciutadella park is a botanical garden featuring a wonderful variety of trees – learn more about them with our Parks and Gardens tour.

AND BONUS! Which activity will your kids enjoy the most at the Parc de la Ciutadella? 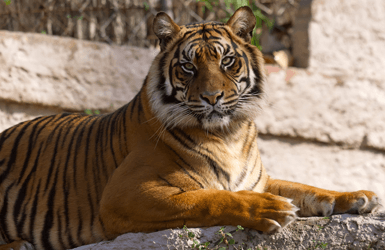 Your kids will love visiting the Zoo de Barcelona! This institution dating from 1892 has adapted well to our times and now it meets the highest standards of quality and service. Lions, tigers, gorillas and monkeys are favorites (even if the famous white gorilla Floquet de Neu died years ago), as well as other mammals such as wolves, hippos and anteaters. There’s also a cool birds aviary and a terrarium with a special enclosure for Komodo dragons. Plus a farm area where kids can touch real farm animals or ride a pony. And don’t forget the dolphins! The Dolphinarium doesn’t offer shows anymore but you can access it any time except lunch break from 2PM to 3PM and see how their caregivers train and feed them. Avoid the long zoo lines by getting tickets in advance here.

Oh, and I almost forgot about the joke I promised! Did you know that Catalans really know how to put things in their right place? That’s why we keep animals and politicians together (being the Zoo and the Parliament side by side). LOL

So what about you? Head to the comments below and tells us: Will you be visiting the Ciutadella Park during your stay and what would you be most interested in seeing there?