WHAT DOES THE NATIONAL DAY OF CATALONIA CELEBRATE? 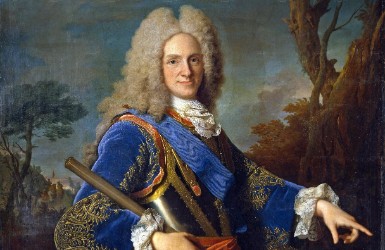 Today is September 11, a day that for Catalans means something very different from what it mean for the rest of the world. Today we celebrate La Diada, the National Day of Catalonia. And while most nations have picked a victory day for their own National Day, we Catalans are very peculiar: we have chosen a day of defeat – and we are proud of it. But it’s  not really a day to celebrate: it’s a day with an intense political meaning, a day to think about the past and the future, and what we want for our people and territory.

And while, yes, being a holiday some people will take as one more of the many public holidays in Barcelona to rest and relax as one more holiday in the year, for many other it’s a time to go out to the streets and demonstrate or honor historical characters. Are you curious to learn more? Then dig in todays post! And Bona Diada a Tothom!

These are the most important facts to understand La Diada:

In 1700 the King Charles II of Spain died, nominating Philip of Bourbon as his heir. However, the Emperor Leopold of Austria reclaimed his own dynastic rights to the throne. Soon other countries joined the Austrians in their opposition to the French heir: Portugal, the Netherlands and specially England, who didn’t like the idea of having a French ruling Spain and its territories in America. Spain itself got divided in two sides: Castilia in favor of Philip, who was the kind of absolutist monarch that the Castilian lords wanted to preserve their own privileges, and Catalonia sided with Charles of Austria, hoping that a more liberal king would benefit the political and economical interests of the Catalan society, where the lords had already lost their power and a prosperous bourgeoisie was blooming.

In 1711 the Emperor Joseph of Austria died without male heirs, what made Charles of Austria the new Emperor. That was against the interests of England and other European powers, who stopped supporting him in the Spanish War of Succession. In 1713 England and the Netherlands signed the treaty of Utrecht, ending their war against France with the condition that Philip V of Spain would not claim the throne of France, and that he would relinquish Sardinia and Sicily. The following year, Austria and Spain signed the treaties of Rastatt and Baden, formalizing the end of the war between the two countries. Aragon and Valencia having already been deprived of their institutions by Philip V in punishment for their rebellion, Barcelona decided to continue resisting despite having lost the support of the Austrians, as the sole hope of preserving their own institutions. A terrible siege of the city followed, lasting 14 months. The entire population united against the enemy, and any man older than 14 years old participated in the defense of the city. But with the arrival of the Duke of Berwick and his troops, the situation became desperate. Yet they weren’t going to surrender. The final strike started on September 11 at 4.30AM, with the French soldiers attacking several fronts at the same time. Rafael Casanova and Antoni de Villaroel, Barcelona leaders, were seriously injured and the next day the city finally gave in. It is calculated that over 30.000 bombs fell over the city during the war. 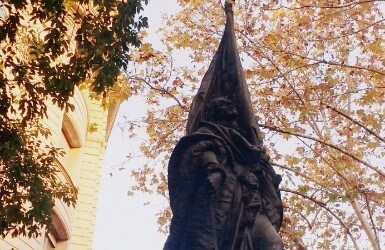 After Barcelona was occupied by the Bourbons, the Nueva Planta decree abolished all the political institutions of Catalonia, shut down all the local universities (except for the one in Cervera, town that had remained loyal to the new king) and made Catalan language illegal. Besides this, a military fortress – the Citadel, was built with all its cannons pointing to the city as a visual symbol of permanent military repression. In order to build it, a large section of the Ribera district was teared down and the owners of the buildings in the area were expelled, given just a few weeks to pack and leave, and forced to help dismantling their own homes. The city walls were declared a military site and no one was allowed to touch them or build anything within a mile of distance around them – hence making sure that Barcelona would remain small and never be a threat anymore.

In 1812 a new Spanish Constitution abrogated the Nueva Planta decrees, and the Bourbon dynasty came to an end in 1833, however the Catalan institutions were not to be reinstalled until the late 1800’s. On September 11, 1886 a mass in honor of the people who died in the 1714 siege was celebrated in the church of Santa Maria del Mar, next to the Fossar de les Moreres cemetery where many of them were buried. Despite the priest being forbidden to give a sermon, and the criticisms for the religious sense of the event, more masses followed the next years. And in 1888, the newly inaugurated the sculpture to Rafael Casanovas became the meeting point for political meetings and flower offerings. The date started being celebrated around Catalonia, with more masses in honor of the fallen, historical talks, flower offerings as well as cultural events with a Catalan background. In 1901 over 30 people were arrested by the Spanish police for participating in the celebration: 4 days later over 12,000 people participated in a demonstration in protest for the arrests, and since then September 11 gained a political meaning.

The return of the democracy

The celebration of La Diada was forbidden during the dictatorship of Franco, but it was recovered after his death and the return of democracy. The first celebration took place in Sant Boi de Llobregat (right outside of Barcelona) in 1976, and the next year a huge demonstration gathering a million people under the slogan “Freedom, Amnesty and Statute of Autonomy” took place in Barcelona: that opened the door for the recovery of the Catalan institutions abolished by Franco. In 1980 the Parliament of Catalonia declared the date the National Day of Catalonia, and in 2006 the Statute of Autonomy declared la Diada, the Segadors anthem and the Senyera flag as national symbols.

And BONUS! Here you’ll learn how it’s become such a big deal these last years: 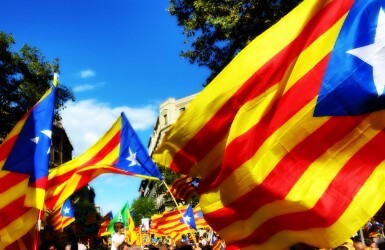 In 2006 the Partido Popular (then not even in the government but in the opposition) managed to block the approval of the new Statute of Autonomy of Catalonia, a sort of regional constitution, that had previously been approved by the majority of the Catalan Parliament, and forced it to be cut and rewritten. The resulting document was weaker than the Catalans expected, but nevertheless it was approved in a referendum by a 73% of the votes. However, in 2010 the Spanish Constitutional Court shortened it even more, and in July over a million Catalans took the streets under the slogan “We are a Nation. We decide”. Not being enough to force the Spanish government to start a dialogue with the Catalan parties, after 2012 started a series of massive demonstrations that year by year every September 11 have again reunited over a million people each time (in a peaceful way: not a single container has ever been burnt during the demonstrations, never a single riot has taken place). And nevertheless, the Spanish government has continued to ignore the Catalan claims, causing a deep frustration that has led to the growth of the independent movement and the organization of a referendum (declared illegal by the Spanish Government) in October 1, 2017, followed by a non-binding declaration of Independence and the Catalan Republic by the Catalan Government, and as a result several Catalan 9 politicians are now in prison and 7 of them went into exile (including the former President of Catalonia – learn more about them here).

So what about you? Head to the comments below and tells us: did you know about the historical meaning and evolution of the National Day of Catalonia?