Best Places To Get Married In Barcelona 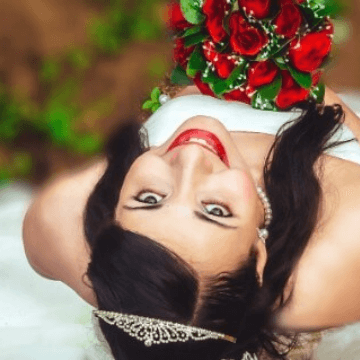 BEST SETTINGS FOR A WEDDING IN BARCELONA

Ever dreamed of getting married abroad? Maybe planning a small wedding with only those people who would travel anywhere just to be with you on such a special date. So why not Barcelona? It’s a very special destination, with an amazing food scene (great banquet after the ceremony, anyone?), beautiful locations for photo sessions, and unique landmarks where to say I do.

But first things first, unlike in the US, for instance, in Spain a wedding ceremony must take place either in a religious temple or a town hall – otherwise it’s considered a “fake” wedding and it won’t be legally binding. And that means that you might organize a beautiful beach wedding in Spain, or find a gorgeous garden for your wedding and…

You’ll still have to go to the city council and go through all the paperwork and repeat your bows in front of the mayor. So as I said, weddings to be official in Spain must take place in either a religious temple or a city hall – but that doesn’t mean the venue has to be ugly! Not at all!

We have some gorgeous locations for your “real” wedding that comply with the local rules. Let us share with us the best places to get married in Barcelona. Just one more tip: contact them well ahead of time, as the most popular dates quickly fill up and there are often over 2 years waiting lists!
HIRE A MINIBUS TO SHOW YOUR WEDDING GUESTS AROUND

These are our favorite wedding venues in Barcelona:

It is said that when the sister of the current king (daughter of the king, then) got married in 1997  she chose Santa Maria del Mar but was told that as a daughter of king she had to get married in the Cathedral of Saint Eulàlia because it was the most important church in town. But I agree with her first choice: Santa Maria del Mar, just a few blocks away from the Cathedral but in the more lively Born district, is much more classy place to get married: its beautiful stained glass windows filter the light in a very romantic way, and its tall and elegant Gothic columns make for quite outstanding pictures!

I’ve been to a wedding there once, and I only found one problem (besides the tourists outside happy to take pictures of the groom and bride as soon as they exit the church): it’s so big that even if we were over 100 guests, the church felt a bit empty!

Are you more of a city views person? If architecture is secondary for you, but you’ll love to get married somewhere overlooking the city, you won’t find more impressive views than the white church that crowns the Tibidabo Hill. You and your guests will take spectacular wedding pictures from the balconies at the entrance of it, with the city in the background.

OR MAYBE A TOUR OF SAGRADA FAMILIA JUST FOR YOUR GUESTS?

My grandma always said she had wanted to get married there, but they weren’t doing marriages when she was young and that was such a disappointment! But now they do! Don’t miss the opportunity! Your guests can use the parking lot of the amusement park next to the church to park their cars (it’s just a short walk up from there to the church)… or pay a quite expensive taxi ride – there is public transportation but it’s not very convenient, and you’ll want to do your banquet somewhere else anywhere.

There are 4 active synagogues in Barcelona (two orthodox and two reform), and they can organize all kinds of Jewish ceremonies, but if you are coming all the way to Barcelona to organize your wedding it’s likely to be a small wedding in Spain with not too many guests after all, and might be looking for a more unique setting.

The Sinagoga Major was the main synagogue of the Jewish Section or Call in the Middle Ages, and it’s now a small museum that consists only of 2 rooms now decorated with antiques and artwork that have been donated since its discovery. While they don’t function as an active synagogue on daily basis, they are more than happy to rent the space for weddings or bar mitzvah as long as you bring your own rabbi (which can be one of the 4 local synagogues, if you ask them).

So where do the well-off locals get married? It’s well known that the neighbors of the most expensive district in town, Pedralbes, don’t usually care going downtown, so Santa Maria del Mar isn’t too convenient for them. And the Basilica of the Tibidabo is too close to the plebs going to the amusement park. They’d rather stay in their own neighborhood!

And while I could have picked the Monastery of Pedralbes for this post (there’s nothing more royal than the church where the Queen Elisenda de Montcada is buried), I’d rather pick the way less famous Parrish Church of Santa Maria Reina (also known as Sanctuary of Santa Maria de Montserrat de Pedralbes), just two blocks further, for its scenic neoclassic architecture and its classy gardens with cypress trees, palm trees and olive trees, making for very green and elegant pictures.

Just beware: in order to keep the church mostly for their own parishioners they put a lot of rules to anyone wanting to marry there – but that’s still doable as long as you are flexible enough. They’ll also ask you to pay a small fee to sustain the parish, but that includes the services of their organ player (you can also bring your own singers and musicians, though).

So what if you aren’t religious? A civil marriage is still possible in the town hall of any district of Barcelona… as long as you are registered in the local census. So not a solution if you are just visiting the city, but an option if you are an expat living here. And while some some district town halls are pretty neat (my favorite is the one in Sarrià), there’s nothing grander than the Saló de Cent in the Barcelona City Hall: the Gothic hall where the Council of the 100 (the origin of the City Council) used to meet in the 1300’s.

During the week it’s used for political and public events, but in the weekends it’s available for weddings. Otherwise, it’s a magnificent room that locals only get to visit a couple of times a year on open door days. The sculptures of Saint George and King James I will preside your wedding, surrounded by the gold and red colors of the Catalan flag that decorate the walls.

AND BONUS! Can you get married in the Sagrada Familia Church?

Marrying in the Sagrada Familia Church

Since its dedication in 2010 there hasn’t been a private ceremony (neither wedding or christening) in the main nave of the Sagrada Familia Church. On July 2017 they started celebrating weekly masses every Sunday morning before opening it to visitors, but even then, private ceremonies must take place in the crypt – a much smaller and less spectacular chapel as big as a real-size church, right underneath the altar.

It has a separate entrance from the tourists but it isn’t connected with the main tourist area, and it is here where the rest of the services take place. I don’t think in the future the main nave will be used for private ceremonies either: you’ll have to be someone from the royalty to deserve a marriage in such a grand place. In any case, the crypt is quite atmospheric (despite being more traditional looking), and you’ll still get Gaudi’s blessing as his tomb is right beside the altar of the crypt.