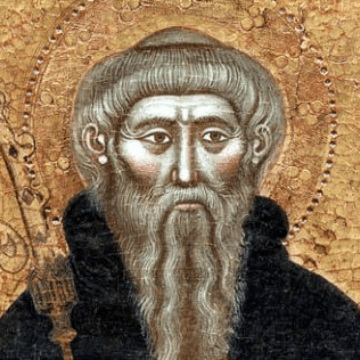 CELEBRATING THE FESTIVAL OF SANT ANTONI IN BARCELONA

There was a time when it was common to see carriages and horsemen in the city, so the Tres Tombs parade and animal blessing felt just like the natural thing to do in a strongly Catholic society. Now animal force has been substituted by cars and other transportation on wheels, however, the tradition has survived as a little homage to the animals that once where a key part of the local economy.

The name of the Festival, Tres Tombs (“three rounds” in Catalan), refers to the three rounds that pilgrims make around the local church or the sculpture of the saint – although nowadays it’s often just passing three times in front of the church, then parading around the district three times.
THE REAL BARCELONA WITH FOREVERBARCELONA

Things you need to know about the Saint Anthony Festival:

What translated into English, means that the Saint Anthony of the little pig day is on the 17th. Catholics have multitude of saints, and each of them is assigned a day of the year (each day can be dedicated to several saints, of course).

There’s almost a dozen Saint Anthony’s, too, but the one we’ll discuss today is Saint Anthony the Great or the Abbot (also called St. Anthony the Anchorite, St. Anthony of Egypt, of Thebes or of the Desert – worry, we seem to like complex stuff). Besides, locals call him also St. Antoni del porquet (of the pig), because the legend says that St. Anthony used to miraculously heal anyone that was hurting, and he once healed a pig that decided to follow him around – which is why you’ll often see the saint represented with a little pig beside him.

We also call him St. Antoni dels ases (of the donkeys) because another legend speaks of a sick donkey that was going to be slaughtered: the donkey run away, and the servant of the donkey’s owner found the animal inside a chapel of St. Anthony, kneeling as if it was praying: then the donkey stood up healed all of a sudden.

The day of St. Anthony of the Pig is January 17th, which is supposed to be the day the Saint died, and that day is special in several districts of Barcelona (although the Feast usually extends for several days before and after). If you are around town these days, make sure to check it out!

Sant Andreu is one of those Barcelona districts that used to be a village until it was “eaten” by Barcelona in 1897. Of predominantly farming origins (later on transformed into industrial lands), the character of St. Anthony as patron saint of the farmers has remained in people’s imagery and the neighbors continue to celebrate his day with a traditional parade – the oldest Tres Tombs in Barcelona.

The event, celebrated on the Sunday closest to January 17th, consists of a parade of horses, donkeys and mules (sometimes pulling old carriages) that will arrive at noon to the main plaza of the district, Plaça Orfila, where stands the local parrish church. Here takes place the traditional Blessing of the Animals – not just the ones that paraded, but also many neighbors’ pets (mostly dogs). After that, the horses and carriages proceed to parade three times around the main streets of the district.

Besides this classic Tres Tombs parade, in Sant Andreu they also celebrate the Tres Tombs Infernals: a show combining theater and fireworks that represents the life of St. Anthony and his encounter with the devil and followed by a correfoc firerun. It takes place the evening before the traditional parade.

The other traditional Tres Tombs Parade takes place in this area of Eixample between the Raval district and the Montjuic Hill, and it’s documented since at least 1826, starting by the Portal de Sant Antoni (the old city wall gate dedicated to the saint – it doesn’t exist anymore but it was located where Ronda St. Antoni and Carrer de St. Antoni Abat join – you’ll recognize the spot because there is a large tapas bar in the corner precisely called “Els Tres Tombs”, right in front of the St. Antoni Market).

The parade has become now the main Tres Tombs parade of Barcelona, and proceeds around the Rondas, stopping in front the Escola Pia de St. Antoni for the animals blessing, and continuing all the way to Plaça Sant Jaume to end in front of the City Hall. Although the parade does not go around three times anymore, it’s still considered a Tres Tombs parade. One thing that stands out is that at the beginning of the parade, the organizers send free 150 doves – representing 150 wishes the city asks for to the saint. We recommend that after attending the parade you eat out at some of the cool restaurants in the area.

Sant Anthony is also very popular in other areas of Spain, and in the village of Sa Pobla in Mallorca they celebrate a Festival that lasts several days and reaches a climax with the Foguerons – bonfires lit up in the local plazas. In 1992, a prominent neighbor of Gràcia born in Sa Pobla suggested they organized a bonfire celebration so his children could experience what is done in their home town.

The idea became quickly popular, and now the Centre Artesà Tradicionàrius (CAT) – a very active association to promote traditional dancing, organizes every year the Foguerons de Sa Pobla in the Gracia, inviting Majorcan dancers and musicians, and running parades replicating the ones from Sa Pobla.

The celebration includes bonfires, fireruns, folk music concerts and dancing, as well as Majorcan food tastings. The Foguerons are celebrated the last weekend of January, so it doesn’t overlap with the festivities in Sa Pobla and the Majorcan performers can attend the Barcelona ones.

A newly made-up tradition, in the District of El Clot some years ago the local firerun team Els Diables del Clot started organizing their own celebration for the St. Antoni Feast, with a focus in pigs and food.

On Saturday morning there’s pork-meat tapas tasting and traditional music outside of the local market. In the afternoon takes place the Porkatapas – a tapas route around the district also based on pork ingredients and animated by a band, and a grand finale with a correfoc firerun featuring fire-spitting pork monsters.

AND BONUS! Would you like to win a pig? Sounds weird? Learn more about this newly recovered St. Antoni tradition:

In the old times, one of the big events of the festivals of St. Anthony was a raffle where the winner would won a pig – like the one that followed St. Anthony around, remember? Might sound weird, but in a time when families depended on their own vegetable patches and farm animals, a pig was a very appreciated prize. In Barcelona it’s documented to have started in the 1802 when a lottery was organized to rise founds for the nearby Hospital of St. Llàtzer.

The raffle stopped being organized in 1882, but after 2013 it’s been recovered. The prize is not a pig anymore, though, but a basket full of pork products: assorted cold cuts, meats and of course, cured ham. Over a dozen deli shops of the Sant Antoni district give away free raffle tickets to their clients during the days of the Festes de Sant Antoni.

What event of the Tres Tombs festival would you like to attend?