What To Do In Barcelona At Night

What To Do In Barcelona At Night

BEST THINGS TO DO AT NIGHT IN BARCELONA

Barcelona never sleeps, from very early at night to sunrise the city offers a great variety of activities to keep you entertained. Whether your are a family with kids, a couple or a group of friends there’s a Barcelona night for everyone.

But… sometimes is hard to figure out what to do at night if you aren’t familiar with the city offer. And going early to bed when you are on vacation can be so disappointing! But don’t worry: we don’t want you to miss out any of the best night activities in Barcelona: you’ll want to spend more than one night in town!

These are our favorite things to do in Barcelona at night:

A classic of the Barcelona evenings, great for all ages. The most famous fountain of Barcelona is located in the Avinguda Maria Cristina in Montjuïc, and it offers a fascinating color, music and water show every Thursday, Friday, Saturday and Sunday night every half an hour in the Summer (winter only Fridays and Saturdays). It was built in 1929 by Carles Buïgas for the World Fair, and the show is for free.

Just show up at whatever time works for you, and stay for as long as you wish. It’s usually easy to find cabs to go back to your hotel as the show goes on (except if you wait for the very end, when you’ll have to compete with hundreds of other people also in need of a taxi). Just plan your dinner beforehand. We have selected for you the best food options in the area.

This outstanding modernist concert hall by the architect Lluís Domenech i Muntaner was declared Heritage of Humanity by UNESCO in 1997. While it can be visited during daytime, it’s also a great idea to attend one of the concerts that are available pretty much every evening.

The combination of the music with the color of the lit stained-glass windows and skylights, and the sensuality of the lavish sculpture and ceramic decoration will make for a wonderful experience you’ll never forget! We absolutely recommend if there is any Spanish guitar or Flamenco concert going on during your stay, and you’ll kill two birds with one stone.

Although Flamenco is not the typical dance of the city, there are a few venues offering good flamenco shows: Barcelona has received generations of Andalusian immigrants who have brought with them their traditional music and dance and have preserved it with so much love that despite the rest of the locals aren’t too interested on it, we happen to have one of the best Flamenco scenes in Spain. While some tablaos (Flamenco venues) offer also some dinner with the show, it’s usually a better idea to eat some tapas on your own before heading to the flamenco place. Actually, If you wish, we can take you on a tour of the best tapas in town, followed by a great flamenco show!

One of the most popular activities in Barcelona after dinner is going for cocktail. Besides the star world-famous barmen such as Javier de las Muelas and Miles Dufresne, in Barcelona you will find plenty of nice bars offering a wide range of cocktails with or without alcohol for every taste.

Gin and tonics are the thing, now, but mojitos, are a classic that will never die. Want something unique? Order a Black Velvet (a combination of dark beer and cava – the local champagne). Enjoy your drink at one of our best local cocktail bars, and then do like the locals do: go clubbing afterwards! (we tell you why to do it in this order below: keep reading!).

Not tired enough after sightseeing the whole day? Then you need some dancing! Although the most popular days for clubbing in town are Thursday to Saturday, there are many venues that stay open every day of the week. Plus there are venues for all tastes! Here are some suggestions to dance in Barcelona at night, and keep doing so until the sun rises!

Just take into account that this is Spain, and in Spain everything is late: people meet for dinner at 10PM or later, midnight is time for a drink… and the dance floors don’t start getting busy until at least 1AM. There’s only one reason to show up early: that some clubs would give discounts to early birds (specially if they’re women).

Oh, and that you get to have the whole floor to yourself, too! Don’t want to wait until that late to have some fun? Then your best option is to head to the clubs by the beach: tourists love them and they arrive late. But don’t worry: locals also go there (just way later!)

AND BONUS! What locals love to do in Barcelona at night:

Hang out at a cool rooftop bar

Terraces are the place to be in the Summer, specially the ones at the rooftops featuring great city views. The rooftop trend has arrived relatively late into the city, what explains that it’s mostly 4 and 5 star hotels who are able to open such venues. Plan to be there in the sunset and watch how the skyline changes from daylight to nightlight, then order some dinner and practice the local sport: people watching!

If you are lucky enough to stay in a hotel with a nice rooftop, you might even want to take a dip in the rooftop pool (but if you are visiting, don’t even try: the hotel staff won’t like it if you get in the water and you are not staying there – there aren’t usually changing rooms for hotel pools. 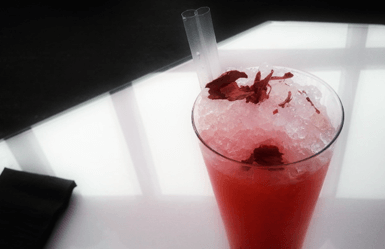 How are you planning to enjoy the Barcelona night during your stay?