WHAT GAUDI’S MASTERPIECES DO YOU ABSOLUTELY NEED TO SEE?

Antoni Gaudí is the architect who changed the landscape of Barcelona forever, and his works have been declared World Heritage by UNESCO. And despite the many other sites you can visit in Barcelona, one could say that having a Gaudi’s masterpieces tour is the main reason to come to this city.

But very often, our guests ask us which are the works of Antoni Gaudi that they shouldn’t miss. Maybe the send us a list that somebody has recommended them, but they aren’t quite sure of where to start with. This is why we decided to help you out and share with you our top list of Gaudi’s works that any visitor should make.

If you could only see a handful of the works of Antoni Gaudi, these are the ones you should pick: 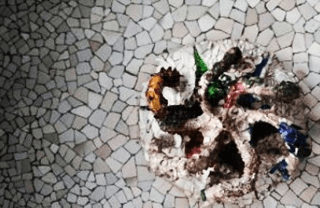 This is not just the most important work fo Antoni Gaudi, but it is also the ONE site you need to see in Barcelona if you can only see one place. This Antoni Gaudi church project was started in 1882, it is still under construction: the inside was completed in 2010, and the whole building is scheduled to be finished by 2026.

Next in our list of Antoni Gaudi most famous works, Park Güell is a setting that looks like it could be taken out of a fairy tale. Designed to be a residential area in the style of British garden cities its location was too far from what then was Barcelona, so the project was a failure and with the years it became a public park. Here you’ll find Gaudí’s most colorful display of broken tile mosaic. You can also visit here the Gaudi House Museum, where he lived during the last 20 years of his life. And you can get discounted tickets for the Park plus the Tourist Bus here.

The Gaudi architecture in Barcelona also includes apartment buildings. Casa Mila was so shocking to the early 1900’s society, that people started making fun of it and calling it “Stone Quarry” in reference to its awkward wavy façade made in stone. Ms. Milà, the wife of the owner, never overcome her shame and hatred of the building… 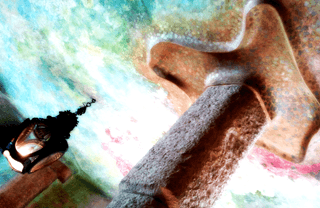 Located only a few blocks from Casa Milà, you’ll find another of the top gaudi sites. This other apartment building is considered Gaudí’s first mature project. The outside might remind you of carnival masks, but some people want to see there the legend of Saint George, Catalonia’s patron saint.

Still considered the last of the early works of Antoni Gaudi, this is the mansion that Gaudí designed for his best friend and benefactor the Count Eusebi Güell. Catenarian arches, parabolic domes and funky chimneys start appearing in this project, where you can also enjoy the magnificent decoration and fixtures of the end of the 1800’s.

AND BONUS! The Gaudi masterpiece that is not flocked by tourists:

Only 20min by train from the city (almost like any subway ride!), Antoni Gaudi started building a small church for the workers of a factory that unfortunately was never finished. Nevertheless, it had already become Gaudi’s lab to test there the famous catenarian arches that would become unique to his style. To get there, head to Plaça Espanya and take any Ferrocarrils Catalans train stopping at Colònia Güell. Once there, it’s all very well indicated. Or you might want to take one of our Cripta Guell tours!

What about you? The discussion is now in the comments section: go below and tell us what’s your favorite top Gaudi site?

2 thoughts on “WHAT GAUDI’S MASTERPIECES DO YOU ABSOLUTELY NEED TO SEE?”